Pot Legalization: The Next Gold Rush?

On January 1, 2014, Colorado opened up its legal marijuana shops for the first time. Lines of people eager to get their hands on legal marijuana were smiling and excited as they wove their way up to the counter.

Suddenly they saw the price. 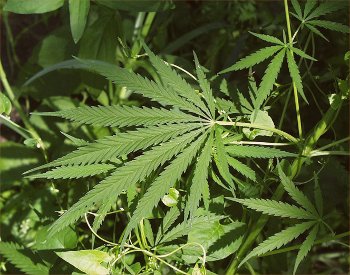 They were hit with the shocking reality of legal marijuana. An ounce of pot cost $400.

Did this turn everyone away? Not at all! People still bought it, and more people still got in line.

Sure, they complain about the price, but it's legal. This freedom comes at a monetary cost.

The marijuana industry leaders are smart. They know they have the attention of Colorado residents, so they know they can make good money at first.

Once all of the hype of legal pot dies down, the prices will go down too.

Medical marijuana started off high, but it's at $250 an ounce now. The only thing is that you have to go to the doctor's office to get a prescription to buy and smoke it.

Marijuana users seem to have no problem paying for high-priced pot. So what does that mean? They are eager to try just about anything that has to do with weed.

The social network is designed for mobile consumption, and is a mix between Instagram and Twitter, except the content is exclusively focused on marijuana and the lifestyle of its consumers.

It has approximately 25,000 users, according to the MassRoots website, which means it's still quite small.

Recently, MassRoots CEO Isaac Dietrich announced the site had received $150,000 in seed funding. Of course, their hope is to grow the site, and reach the great heights of some of the best known networks like Facebook and Twitter.

It might be possible, if marijuana legalization continues across the country, but it's most important to remember this is a niche product for a specific group of users...Like Linkedin for stoners.

Is it an Investment Option?

With marijuana sales growing in Colorado, and businesses coming out of the woodworks to support it, you're probably wondering how you can make some money off of it. Before you get too excited, let's just say that it's not ready yet for all types of investors.

There aren't any public stocks for marijuana. The stocks that are available are penny ones, and as you know, those aren't a wise idea. Not only are they volatile, they are under no rules, and are just riding the wave of the exaggerated excitement of weed legalization.

The only good ways to invest in cannabis is with public companies selling equipment for marijuana use or growing it. One public company you may want to research is GrowLife. The company manufactures and markets products that help marijuana growers. They have LED lights for those interested in growing pot indoors, nutrients, timers, controls, and water accessories.

MedBox is another one to research. It makes marijuana dispenser machines, which have been used for medical pot, but will most likely switch over to recreational eventually.

Besides those companies related to the marijuana industry, you may want to think about becoming an entrepreneur to make money off the hype. That's what has happened with MassRoots.

If you can think of something that marijuana users will love, investing in your own business may be the best way to make money off of it.

According to CNBC, legal marijuana is expected to grow by 64% and $10 billion in the next 5 years.

While there may not be much opportunity to invest in pot now, there will be, so if none of these investments appeal to you, just give it a few months. It's likely something will break through that will excite you. When that happens, you could jump on it with the understanding that for a few years, the entire industry is volatile.

The tax issue is the biggest problem right now. The government is expected to close medical marijuana shops, which don't require taxes. That means everyone will need to buy their weed for medical or recreational use in the same shops. The tax will be 50%. The $400 price tag may not have turned customers away in Colorado, but the 50% tax may.