Is it Time to Buy Gold?

For Some, it's Buying Time for Gold! 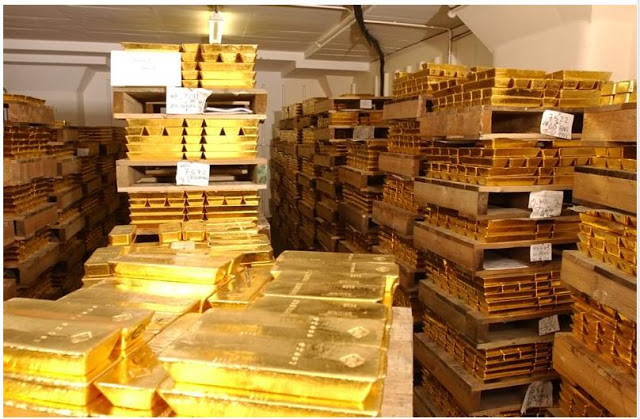 The overall sentiment for gold has been bearish lately. We have seen the price drop below $1,100 per ounce, despite continued low interest rates.

But not everyone is bearish on gold. In fact, some people are taking advantage of the recent downturn in the price as an opportunity to buy.

The World Gold Council recently said in a report that purchases rose 8 percent in the third quarter from the same period a year earlier. Overall buying for gold bars, coins, and jewelry was the highest in two years.

But on the margin (everything in economics is on the margin), some investors took the downturn in gold prices as an entrance point. We can never be sure about jewelry, as many Indians and some others do own jewelry as something of an investment. In the U.S. though, most jewelry is not bought with this as a primary purpose.

Not surprisingly, much of the increased demand for gold came out of India and China. Aside from making up about a one-third of the world’s population, the people from these two countries tend to understand the value in owning gold. It is a combination of culture and history, along with the fact that they can’t trust their governments too well.

Interestingly though, it was reported that U.S. buying of bars and coins more than tripled to 33 tons. With a shaky stock market and low interest rates on bonds and money market funds, it is not a shock that a few Americans would be seeking diversification and some relative safety.

Still, with the reported increase in demand, we haven’t seen an increase in the price. The dollar has remained strong as compared to the other major world currencies, but that does not explain all of it.

In today’s digital world, most of the gold traded is not actually gold traded, if that makes sense. While people say they are buying and selling gold, most investors are buying certificates or pieces of paper that represent a certain amount of gold. In today’s digital world, I guess they aren’t even getting a piece of paper. It is just digits on a screen with a confirmation number.

In other words, most people buying and selling gold are doing so in the paper market (again, it is misnamed and not really a “paper” market). Investors buy and sell gold through exchange-traded funds, option contracts, and futures contracts.

If you are buying a gold coin or gold bar as an insurance policy or to set aside for a rainy day, then these are really the opportunities you are looking for. The premiums on actual coins may be up a little, but overall you are likely getting a bargain.

This isn’t to say that the price of gold can’t go down further. In a recession where money demand increases, then even gold can suffer liquidation as people seek cash.

But if you are buying gold for diversification and as something of an insurance policy, then a short-term drop in the price is not that significant to you. You don’t try to time the market when you are buying homeowners insurance or health insurance.

It will be interesting to see if the demand for physical gold stays strong in the coming months. And if it does, will the paper market finally catch up with rising prices?

The overall sentiment for gold may seem bearish at the moment, but there are many people out there with a differing opinion. They are quietly buying coins and bars.