Citigroup Gets Giddy on Gold and Newmont Mining (NYSE: NEM)

It's always interesting to read about a bank projecting gold prices to decline, while in the same breath getting excited about investing in... gold.

Like most people, I typically don't trust a single thing bankers say. I'll even turn down the “free” dog biscuit when I chat up the cute drive-thru teller.

I get Citi's gold investment logic though. And if you're looking for a way to make money on gold stocks, you should, too.

You see, there's more to gold – and gold mining stocks – than just looking at spot prices. When it comes to gold mining, what is more important than anything (aside from there actually being gold in them there hills) is how much it will cost a company to extract it from each ton of earth.

Anyone who has seen Discovery Channel's “Gold Rush” might be familiar with the image... 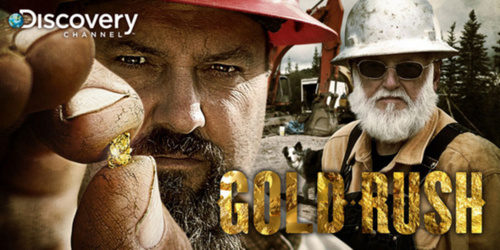 Bunch of hillbillies moving to Alaska to load dump trucks with earth in hopes of leaching a few grams of the yellow metal.

It's kind of like that... but on a much, much bigger scale.

When prices are super high, those rent your own truck, roll up your sleeves, and start diggin' methods on “reality tv” might be worth the effort. Especially when you're finding more than a gram of gold per tonne of dirt, which is a very strong deposit and usually on too expensive of land for most regular Joe's roughing it out in the Yukon.

Truth is, with prices hovering and even falling, turning a profit is something best left for the pros. They're so large and operate such high-tech equipment that they can churn a profit when gold is as scarce as 2,000 parts per billion in the soil.

If you're not familiar with science speak, that's really, really small.

That difference between spot prices and cost of extraction is how you know if a company should put cash in your pocket or burn a hole through it.

Newmont mining is a giant of gold producers. And all they did to get Citi hot and bothered was to simply save $20 -$24 per ounce in the mining process. It might not sound like much. But when a company has, let's just say a million ounces in the ground, saving $20 is the same as instantly banking another $20,000,000.

I'm not saying you go out and buy shares of Newmont. Truth is, they're so large that the upside just doesn't tickle me the right way. There are – however – piles of other gold outfits that are a fraction the size of Newmont, capable of handing you hundreds upon hundreds of percent gains every year, if you know where to look. Keep you eyes peeled!