For years, I let myself get excited, caught up in the moment, and let my imagination run wild with news about breakthroughs related to renewable energy technologies.

While I'm far - far - from an environmentalist, I find myself getting excited over these breakthroughs.

Growing up in a family of physicists and math geeks, I can't help but find them fascinating... and know they will eventually lead to the future of energy production for the planet.

If you get in on these companies early, you could exploit them. Turn a pretty penny as the hype surrounding “the next big thing” always causes share prices to launch - sometimes hundreds of percent in a few weeks.

The rally rarely lasts though.

But MAYBE this time, it's different!

If you're not familiar with this little gem, I'll tell you... this isn't their first rodeo.

A few years ago, the Colorado based rare earth metals company found itself on Cloud nine, surging from $12.34 to $74.22 – inside of nine months! 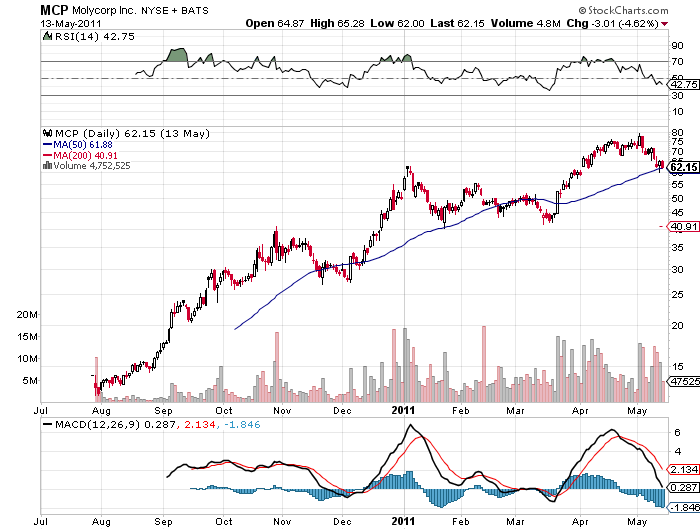 How did this happen? It announced it could become a contender. One of only a handful of rare earth mining companies with the power to disrupt China's monopoly over the market.

And U.S. investors loved them for it. Murica!

But with China controlling over 97% of the rare earths market, Molycorp and its share price surge would come too soon too fast. Without competitively priced contracts secured to actually give them business, its fall would be hard and fast. 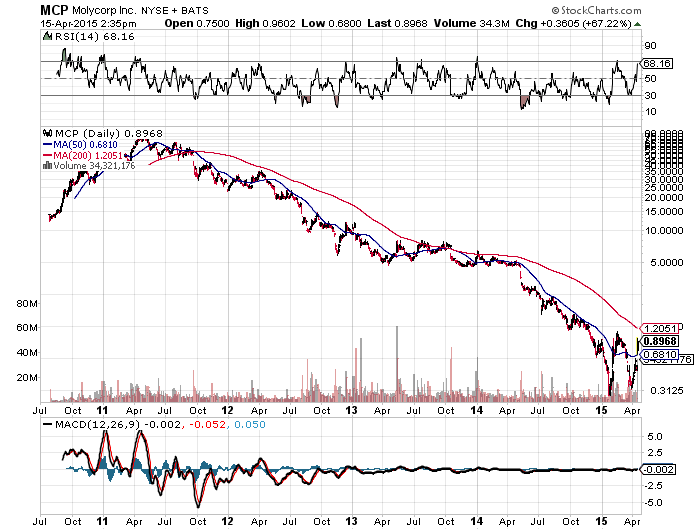 In short, the rare earths dud just signed a 10 year contract with Siemens to supply dysprosium for its army of wind turbine generators.  Here's what happened ... 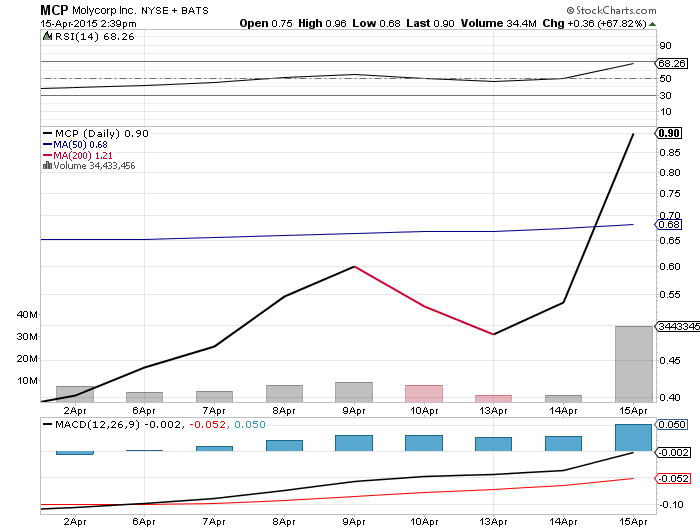 Don't worry if you're not familiar with the funny sounding metal, dysprosium... or if you can't say it three times really fast (I know you just tried).

What's important is that Siemens has the second largest market share of wind turbines in the world. In Europe, it holds 75% of the market of offshore wind turbines... and its spreading to the Middle East and Asia faster than stink bugs in the spring time.

In other words, Siemens is a very big deal. And business is booming.

While news of the contract with Molycorp was enough to nearly double the share price, launching it from $0.48 to $0.89 (as of writing this), mark my words, this could be just the beginning of another run on the stock.

After the enthusiasm of this deal wears off, and the stock comes down to earth, it might be a good place to park some dollars for speculation. Keep a close eye on Molycorp.