Gold seems to have been stuck in a fairly narrow trading range for almost a year now, bouncing between $1,200 at the lower end and $1,400 at the upper end. Technicals were pointing to a possible breakout through the upper band of resistance last month. But something got in the way… Indian policies and politics. 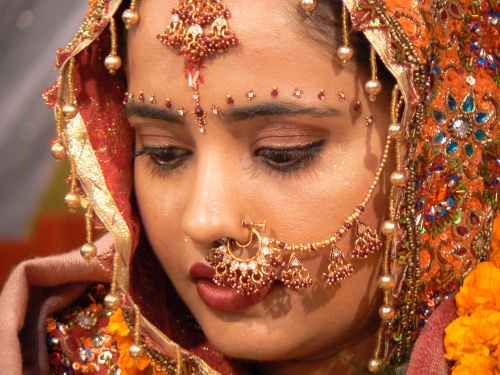 It seems India’s government has dealt two rather daunting blows to jewellery purchases which have reduced imports of gold and other precious metals into its country, contributing to India’s fall from top gold consumer to the number two spot behind China.

Just what has the Indian government been doing to cause gold sales and imports to plunge? Might we expect the gold price to rebound when these policies end?

The Indian government’s first measure affecting the gold price was the 80/20 plan introduced in August of 2013, which was intentionally directed at reducing precious metals imports. Why deprive its citizens of something which has become one of the most recognizable “elements” of Indian culture? It was all due to something that happened halfway around the world in America a few months prior.

When the U.S. Federal Reserve announced in May of 2013 that it would begin reducing its monthly bond purchases later in the year, U.S. bonds started falling and yields started rising, sucking capital from all around the world in search of higher returns in the American bond market. The flight of capital from emerging economies caused their currencies to plummet, including the Indian rupee which fell more than 21% in the four months from the beginning of May to the beginning of September.

This massive exodus of investment capital out of emerging markets opened up gaping holes in their governments’ current account balances, leaving them short of investment income which they were counting on to finance their debt and economic expansion programs. Take money out of a country on such a large scale as that and its economy runs the risk of shutting down. Governments were understandably desperate to stop the flight of money out of their economies.

India, for one, started plugging up as many money leaks as it could find, gold imports being one of the largest. As the world’s top importer of gold at the time, India’s gold intake was averaging some 900 tons per year from 2010-13. Averaging $40 billion worth of gold imports annually, more than the entire holding of the largest gold trust fund in the world - the SPDR Gold ETF (NYSE: GLD) - was now entering India each year. Unfortunately for India’s current account, that meant $40 billion was heading out, money which the government could not afford to let go.

Hence the government’s raising of the gold import tax from 4% to 10% in order to curb gold demand, and the implementation of the 80/20 rule – which requires 20% of all gold imports to be processed into jewellery and exported back out of the country, with only 80% remaining in India for domestic consumption. The profit generated by exporting higher priced finished gold jewellery would contribute to the nation’s production and help close the current account gap by at least $10 to $15 billion a year.

Unfortunately for the gold price, the 80/20 rule and the higher duty rate reduced India’s appetite for gold by some 37%, with monthly gold imports falling from an average of 80 tons a month to 50, dropping India into second place behind the new top gold importer, China.

The Indian government then followed its right jab with a quick left hook that has knocked gold imports down even more.

In an effort to ensure the country’s national elections (which run from April 7th to May 12th) proceed without corruption, the government has decreed a restriction on the amount of cash Indians can carry on their person at any one time. Anyone with more than 50,000 rupees in their possession must provide personal identification, as well as documentation proving the source and intended purpose of those funds, while jewellers must provide documentation for amounts surpassing 200,000 rupees.

“The (Income Tax) department is very strict on the movement of cash and has opened a 24-7 call centre to receive complaints on violations,” informs Kumar Jain, vice-president with Mumbai Jewellers Association. “People are scared to carry cash or gold.”

“Seizures of legal gold are happening everywhere,” adds Bachhraj Bamalwa, director of All India Gems and Jewellery Trade Federation. “Government officials are harassing jewellers with legal gold in the name of elections.”

The purpose of the restrictions is to prevent bribery for votes which has plagued Indian elections in the past, where perpetrators were caught with suitcases packed with cash and jewellery concealed in car trunks, ambulances, even hearses.

The effect is that “Indian demand for gold is lower, as it is difficult for consumers to carry cash given election-related curbs,” Bamalwa explains. “They are resisting unnecessary buying at the moment,” which is hurting jewellery sales. As a result, India’s monthly gold imports have fallen yet again from 50 tons in March to an expected 20 tons for both April and May combined.

This has contributed to gold’s price drop as of late. But for how long will the plunge continue? Fret not, gold bugs.

The world’s new top importer of gold – China – is coming to the rescue.

While the Indian government’s efforts to suppress gold imports succeeded in shrinking India’s 2013 gold intake to some 975 tons, slightly below 2010 and 2011 imports, China’s approval of multiple gold trading products, gold bank accounts, and increased gold coin minting resulted in its gold imports climbing to a record 1,066 tons in 2013.

As the price of gold kept falling throughout 2013, Chinese investors just kept right on buying, with coin and jewellery sales rising by 32% to record levels. “When prices drop,” noted Jiang Shu, senior gold analyst at Industrial Bank in Shanghai, “there'll always be buyers.”

The Industrial & Commercial Bank of China - China's largest bank by assets – stated that trading volume in its precious-metals business in the first three quarters of 2013 increased 22% year over year to $176.6 billion, with sales of gold bars at their highest level in four years.

And China still has a long way to go to catch up to India’s level of household gold inventories. “China is 10 years behind India in terms of deregulation and growth of demand,” Marcus Grubb, managing director of investment strategy at the World Gold Council, estimates. “Given last year was such a strong year, it will be hard to equal that again in 2014. But the stock of gold in China is less than half of that in India, so we think there’s plenty more room to grow.”

The Buying Frenzy Will Be Restored

According to the World Gold Council’s recent report, last year’s global gold supply fell 2% as lower prices attracted investors. All throughout 2013, while the west was selling paper gold investments in ETFs and stock, releasing some 800 tons of gold back into the marketplace, China’s and India’s gold imports combined for a total of 2,041 tons of purchases.

With Indian national elections due to close in early May, restrictions on the carrying of cash and gold will be lifted.

This should not only restore normal jewellery buying activity in India, but should also produce a sudden spurt of sales that have been postponed.

Then there is the upcoming holy day of Akshaya Tritiya, which falls on May 2nd this year – “considered auspicious for starting new ventures”, which jewellers have easily turned into a gold buying bonanza. The next wedding season beginning in September will again renew Indian interest in gold.

Yet given the past several months of below average gold imports, supplies may be constrained. “There will be wedding season and Akshaya Tritiya demand in May, but supplies won’t suffice,” noted a senior official with a private bank, raising the expectation of upward price pressure.

Finally, there are the possible easing of the 80/20 rule which should reduce the amount of gold exported out of India, and the proposed lowering of the gold duty tax from 10% to 8% which should increase imports all the more.

Given all the headwinds gold has been facing – reduced U.S. Fed stimulus, the absence of meaningful inflation, shrinking Indian imports over the past 8 months and recent restrictions on rupee handling – gold’s price has held up remarkably well, keeping a solid $100 above its recent double-bottom low of $1,180.

Add some rather favorable conditions quietly lingering about – such as the recent trepidation over an imminent correction in equities, geopolitical tensions in Ukraine, the likelihood of new rounds of stimulus in Europe and Japan, and continued gold buying in China and India – the gold price could very well mount a retest of its $1,400 resistance, which if breeched would leave a clear path to the next major resistance levels of $1,500 to $1,600 by year’s end.