The largest banks in America have made good use of the government’s permission to go back and re-write bad deals, crossing them off their balance sheets at the expense of taxpayers.

Yet when the government tells the banks that they also have to go back and re-write the bad mortgage deals they made with homeowners, well, this is when the banks say, “No way. A deal is a deal.” 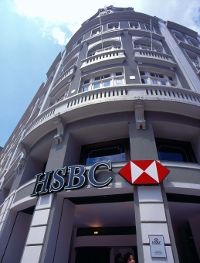 It’s like playing golf with someone who keeps allowing himself re-dos but won’t allow you any.

If New York State Attorney General Eric Schneiderman has his way, at least one bank won’t be able to deny homeowners their state-given right to a re-do. Schneiderman recently announced he is taking to court none other than the second largest bank in the world, HSBC (NYSE: HBC).

To give homeowners the same opportunity offered to the banks – namely to go back and restructure previously rotten deals – the state of New York passed a law requiring banks to hold court-supervised hearings with homeowners undergoing foreclosure.

A mortgage lender who sues to foreclose on a New York property must also file for a “request for judicial intervention” within 60 days of the foreclosure suit to renegotiate mortgage terms and do everything possible to avoid foreclosure.

In its foreclosure proceedings against numerous clients, HSBC has failed to apply for such renegotiation hearings, and New York Attorney General Schneiderman is taking the bank to court over it.

“Companies like HSBC are brazenly ignoring state law, leaving homeowners across New York stuck in a legal limbo where they can’t even get the legally required settlement conference that could help them keep their homes,” the Attorney General alleged in a statement obtained by Bloomberg.

Schneiderman’s office has found at least 297 cases in just 4 New York counties alone where HSBC has delayed filing for the required judicial interventions extending as far back as 2010, with possibly thousands of suspected cases in 58 other NY counties.

Yet all the while, the bank has continued collecting interest, fees, and penalties from as many as 25,000 homeowners still waiting for their day in court. It always strikes me as odd how banks are so punctual when collecting, while conveniently “miss-timing” deadlines on them.

But HSBC is not the only bank Schneiderman’s office has locked in its sights. Bank of America (NYSE: BAC) and Wells Fargo (NYSE: WFC) are being called to justice as well.

Attorney General Schneiderman indicated he is preparing a separate suit against Bank of America and Wells Fargo for failing to comply with last year’s settlement requirements relating to loan modification applications.

And he may not stop there, noting that other as yet unnamed mortgage lenders are also being investigated for similar violations. By taking on HSBC first, Schneiderman is hoping to create a precedent that will wake the others up without having to keep dragging them through the courts.

“Part of it depends on how this [HSBC suit] goes,” he explained to Reuters. “We are hopeful banks will see this and comply.”

All Bark and No Bite?

Attorney General Schneiderman is to be commended for taking his post seriously and championing the causes of the citizens of his state whenever their legal rights are trampled.

But more people than just he are interested in the outcome of this HSBC suit and the others to follow. A growing number is voicing its protest over lax punishments handed out to HSBC for years of crimes in which the bank compromised the national security interests of the U.S. and other European countries.

The world has not forgotten the recent discovery of HSBC’s illegal banking practices facilitating fund transfers to and from known criminal and terrorist groups – including rogue governments – classified as threats to the national security of numerous nations.

In December of 2012, HSBC agreed to pay $1.9 billion to settle a U.S. money-laundering probe into allegations the bank transferred funds from Mexico’s drug cartels through U.S. banks on behalf of nations under international sanctions, such as Iran.

As long as banks can easily absorb the minor inconveniences of low-impacting fines, there really is not much incentive to provoke any real change in behavior. So far, the substantial profits from breaking the odd law or two still outweigh the risks of lenient fines.

The nation is looking to you, Attorney General Schneiderman, to finally set the precedent, to finally put your fist down and tell any violator of your state’s laws – no matter how powerful they may be – that “enough is enough”.

We hear your bark, and it gives us hope. Now let us see your bite, and give us relief.