How to Corner the EV Battery Market

Lament no longer… because we’re still in the very early innings of a ballgame that’s destined to go on for a long time.

And Tesla, with its lithium-ion batteries, is far from the end-all, be-all of the electric vehicle market.

In fact, scientists across the globe are rapidly coming up with new, better ways to make cars that don’t require fossil fuels.

Some are redesigning the electric motors that power every single EV out there. They’re making them better, faster, stronger, and more modern.

And others are experimenting with new battery materials that are less expensive than lithium, hold a greater charge than lithium, and are far safer than lithium (which explodes when it comes into contact with oxygen).

And one of those experimental materials is actually made of the carbon we’re trying to get rid of in the atmosphere.

It’s called graphene and it’s a revolutionary material that has the potential to completely change the way we store and use energy.

You see, in the past few decades, scientists have discovered many unique properties of graphene that make it an ideal material for energy storage applications.

Let's give a brief historical summary of graphene...

Graphene is a one-atom-thick sheet of carbon atoms arranged in a hexagonal lattice.

It was first isolated in 2004 by Andre Geim and Konstantin Novoselov, who received the Nobel Prize in Physics in 2010 for their pioneering work.

Since then, graphene has been the subject of intense research, and scientists have discovered a wide range of unique properties that make it an ideal material for a variety of applications, including energy storage.

So, now that you know a little more about what graphene is and how we came to uncover it, let's discuss the benefits of graphene as an energy storage material.

One of the most significant benefits of graphene is its high surface area-to-volume ratio.

This means that it has a large surface area for storing energy in a small volume.

And this means that graphene makes an ideal material for applications such as batteries, where high energy density is important.

Another benefit of graphene is its high electrical conductivity.

Graphene is an excellent conductor of electricity, which means that it can store and release energy quickly and efficiently.

This makes graphene an ideal material for applications such as supercapacitors, which are used in electric vehicles and other energy storage applications.

Another benefit of graphene as an energy storage material is its high thermal conductivity.

This means that graphene can dissipate heat quickly and efficiently, which can help to prevent overheating and increase the efficiency of energy storage systems.

Graphene also has a high mechanical strength, which makes it an ideal material for applications such as hydrogen storage.

It can store hydrogen in a small volume and withstand high pressures, which is important for hydrogen fuel cell applications.

Furthermore, graphene is also a very lightweight material, which makes it ideal for applications in transportation.

Graphene-based batteries will be lighter and more energy-dense than traditional batteries.

That could even lead to the development of new types of transportation that are more efficient and have a longer range.

And this all means that investing in the development of graphene as an energy storage material has the potential to be extremely profitable.

With the increasing demand for clean energy and electric vehicles, the market for energy storage materials is expected to grow significantly in the coming years.

Getting Bigger by the Day

In fact, according to a recently released study, that market is expected to balloon to over $394 BILLION by 2030! 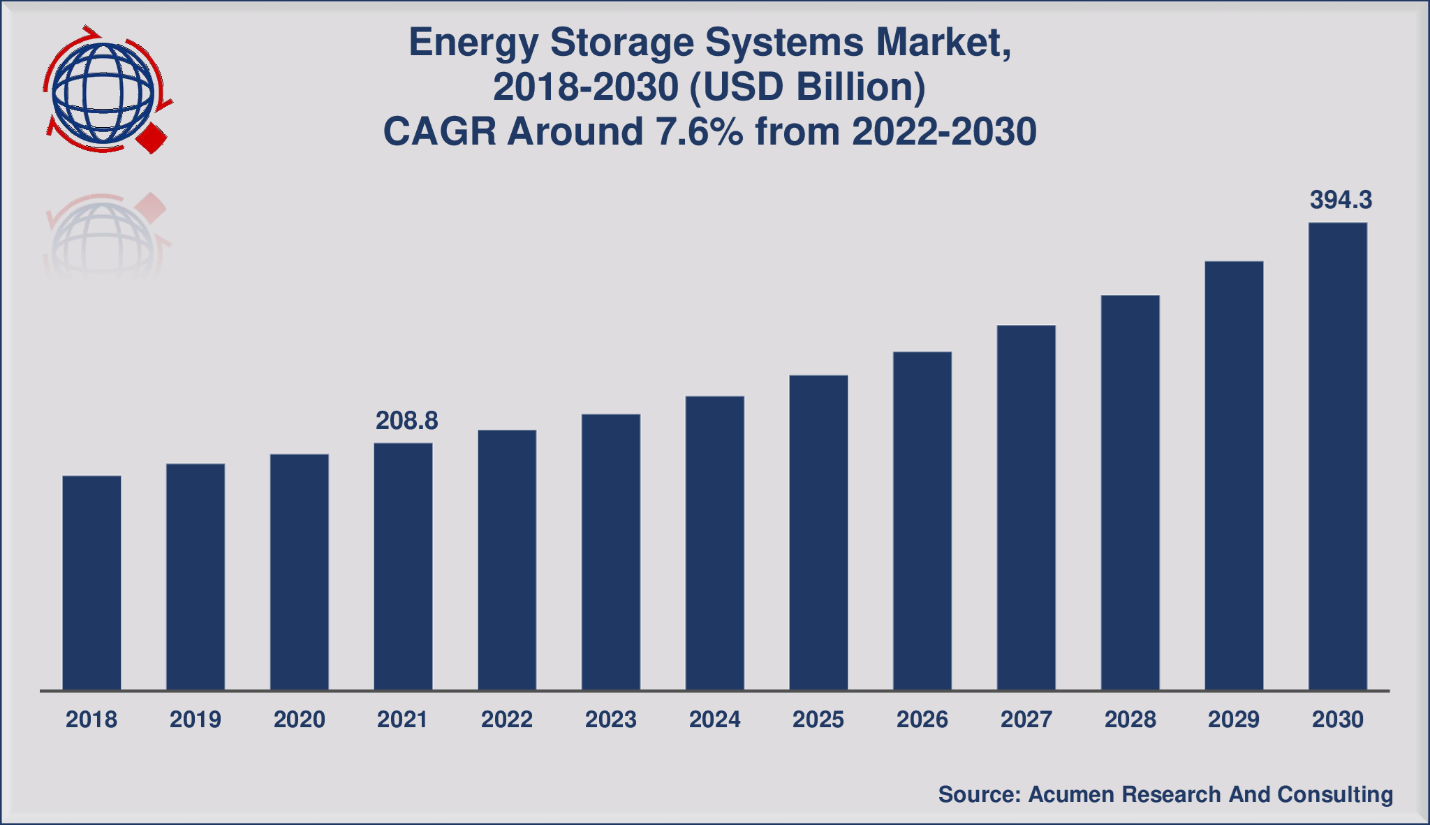 So it might be the understatement of the decade to say that investing in the development of graphene as an energy storage material could provide significant returns in the future.

Furthermore, using graphene as an energy storage material can also help to reduce dependence on fossil fuels and promote the use of renewable energy sources.

This is because graphene-based energy storage systems can store energy generated by renewable sources, such as solar and wind power.

This makes these kinds of sources viable for a full energy transition by allowing the energy they produce to be used when needed.

That will help to both reduce the costs associated with and improve the reliability of renewable energy systems.

It seems pretty safe to conclude that graphene is a groundbreaking material that has the potential to revolutionize the way we store and use energy.

It could lead to the development of revolutionary new and improved batteries that could be used in a wide range of applications.

It could help reduce global dependence on fossil fuels and promote the use of renewable energy sources.

And, finally, investing in graphene-based energy storage technology has the potential for massive profitability.

It just so happens that my colleague Alex Koyfman has been following the companies commercializing this new technology for years.

And he's pinpointed the one that's most likely to succeed and bring its investors mountains of profits.

I highly suggest you check out his research before making any investments.