Goldman Sachs on the Treasury Yield

According to Goldman Sachs (NYSE: GS), the recent upward trend in 10-year Treasury yields (moving past 2.7 percent) is actually just the beginning. The bank has projected yields will begin the next year between 2.75 to 3 percent, going all the way up to 4 percent by 2016. 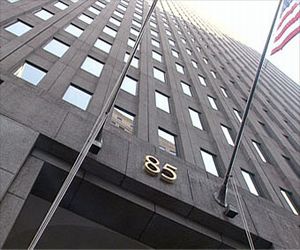 The recent bump in yields, as CNBC notes, was largely due to good payroll numbers last Friday, even as speculation continues to grow regarding the U.S. Federal Reserve’s move toward tapering its asset-buying stimulus program.

"Factors driving yields higher include the improving outlook for growth in the U.S. (and partly also in Europe), a decline in systemic risks stemming from the euro area, and the reduction in the pace of Fed purchases," Francesco Garzarelli, head of market research for Europe at Goldman Sachs said in a research note on Sunday.

Last month, Federal Reserve President Ben Bernanke declared that, given the widespread economic improvement across key indexes and indicators, the stimulus program may begin to be wound down somewhat sooner than anticipated, perhaps toward the end of this year. His remarks spurred significant sell-offs, and the markets were down for a good bit afterward.

However, in June we saw 195,000 new non-farm payroll jobs added, which is better than the expected figure of 165,000. Unemployment held steady at 7.6 percent, but it was good news overall, lending credibility to the Fed’s decision.

The news sent stocks down slightly (perhaps because the markets are still unwilling to let go of the Fed’s stimulus), but they later rose 1 percent. The U.S. dollar was up to a three-year high, and gold fell 3 percent. As of Monday morning, 10-year Treasury yields were at 2.693 percent.

The specter of a continued rise in bond yields is not an especially welcome one. Such rises may lead to losses for pension and insurance funds due to the falling bond prices.

On a larger scale, it could have an adverse influence on the reviving housing market. Treasury yields affect fixed-rate mortgage interest rates (which, by the way, have also begun rising—perhaps too quickly for some), and therefore these two markets are intimately linked.

Thus far, the recovery has proceeded because interest rates have been artificially low, and that has attracted investors and buyers. That means a quick bounce in rates, or a continued upward trend, is bad news if we want to keep the recovery steaming along.

“The initial selling pressure has run its course and we’re in the process of defining a new, slightly higher yield range,” said Ian Lyngen, a government-bond strategist at CRT Capital Group LLC in Stamford, Connecticut. “We had a very solid selloff on a shift in fundamental data. What we got was confirmation that the Fed is now on course to start tapering in September, and the market priced to that.”

Volatility in Treasuries has been remarkably high. The Merrill Lynch Option Volatility Estimate Index (MOVE) was at 117.89 last week—the highest since December 2010—and the one year average is just 63.6. Meanwhile, U.S. government debt is down 3.5 percent this year.

Given the recently improved payroll figures and the continued recovery in housing, construction, and manufacturing (and even automobiles for that matter), it’s clear that the Fed is now significantly more justified in moving toward a tapering-off of the stimulus program.

In response to concerns over the possible impact of such an end to the stimulus program, the Fed has repeatedly asserted it will maintain a highly flexible and accommodative policy—in other words, it’ll observe reactions closely and will try to maintain rates as low as possible.

That makes tomorrow an important date, since the Fed is due to release minutes of its policy makers’ meeting back on June 18-19. Meanwhile, the U.S. will be selling $21 billion in 10-year debt tomorrow and another $13 billion in 30 year bonds the next day.

These auction draw investors from Asia and Europe who continue to hold onto U.S. Treasuries despite significant recent losses (to the tune of $317 billion). Big buyers include Mizuho Asset Management Co., HSBC Private Bank, and Deutsche Asset and Wealth Management.

It looks like these international investors aren’t really concerned yet over the 3.2 percent losses market-wide in May and June.