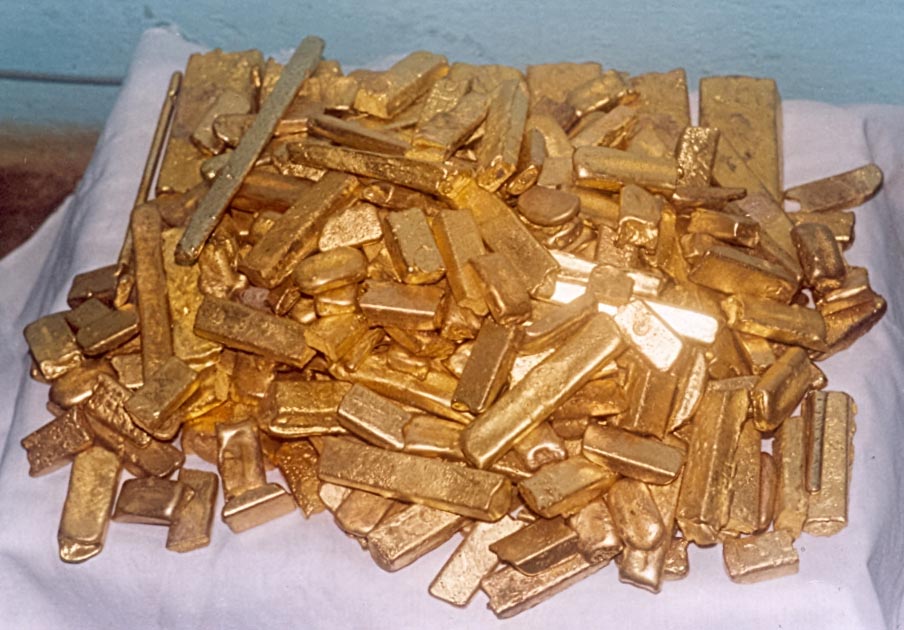 The Indian government is on a quest to make it more difficult for its citizens to own physical gold. This is a rather significant development, given that Indians favor owning gold perhaps more than any other group of people on earth.

The Indian government has put import tariffs on gold, implemented excise taxes on jewelry, and has also sought to gain possession of gold holdings by enticing people to hand over their gold in exchange for interest payments.

And while the additional taxes encourage activity on the black market, it does make it more difficult to own gold, at least near a market price.

But what is known as the Gold Monetization Scheme (GMS) has so far produced little for the bureaucrats attempting to relieve the citizens of their gold. Perhaps the politicians have underestimated its importance to the people.

The GMS has attempted to get religious shrines on board, many of which hold vast amounts of gold. But so far, the scheme hasn’t worked.

The GMS offers interest payments of 2.25% annually for deposits of 5 to 7 years, while offering 2.5% for longer deposits of 12 to 15 years. According to reports, the GMS has so far netted only small amounts and has disappointed the scheme’s promoters.

Meanwhile, the small percentage of wealthy individuals in India are staying away from the gold scheme for various reasons, including potential tax issues, along with giving up their privacy.

In terms of the little guy in India, you aren’t going to see some guy with most of his net worth in the form of a necklace around his neck turn over his greatest material possession to the government for a small interest rate.

So while all of the taxes, restrictions, and schemes on owning gold have made things more difficult for Indians, at least most of them are not falling for another government ploy to extract even more wealth from the people.

Reasons to Own Gold

There are many reasons to own gold, but it is often seen as a hedge against government and central banking.

We hear that gold is a hedge against inflation and disaster, but let’s consider the causes of these things. In regards to inflation, it is central banks – given a legal monopoly over money – that produce the inflation that we see as a big enough threat to hedge against.

And in terms of disaster, usually these disasters come as a result of government policy. The price of gold doesn’t usually spike because of something like a hurricane. It spikes because of government wars and government-created booms and busts in the economy.

The wealthy people in India are afraid to turn over their gold to the government, if for no other reason, because they don’t want the government to question them on how they obtained the gold in the first place. This could then lead to questions of tax avoidance and other legal issues.

This alone is a good reason to own gold and to not even consider turning it over to the government. Is a small interest payment really worth the potential for questioning by a bunch of money-hungry politicians with few morals?

Of course, I hope the cynicism goes much deeper than this. After all, why would the government even be attempting to obtain this gold and make interest payments? It is not as if the government is going to put the gold to productive use as investment capital. It is for the politicians to spend money now. They will worry about paying back the money (gold) when the time comes.

And when the time comes, like most politicians, they will try to kick the can again by coming up with another scheme.

This whole gold scheme has default written all over it. People who turn their gold over to the government will end up being questioned and taxed. They may get their 2.5% interest payment – or whatever it is – initially. But when the term of their gold “loan” has expired, what is to prevent the government from defaulting?

“Oops, we cashed in your gold and spent the money. We are in tough times right now and can’t afford to give you all of your gold back.”

It is encouraging that most Indian people are not being tricked in to giving up their gold possessions. They understand that privacy is important because they can’t trust the people who are after their possessions, who happen to be politicians.

Gold is a hedge against government, so why would anyone turn over their gold to the government?