Welcome back to a short week in the markets. It’s Christmas this weekend for those of us who celebrate.

That means the markets will be closed early this Friday, Christmas Eve.

It also means that in a couple of days, I’ll be heading out for a much-needed vacation and to visit with some friends and family for the holiday.

And finally, it means that 2021 is swiftly coming to a close. And that means it’s time for people like me to start making predictions about what the year ahead holds.

I already got off to a strong start last week with Friday’s article. If you missed it, make sure to give it a read after you’re done with this one…

Because I’m hoping to finish just as strong as I started with part two of my predictions for 2022.

Computers Will Get a LOT Faster

I and much of the computer-using world have been waiting on this seismic shift in computational power for a while now. The engineers have been promising it will be here soon for years.

But it looks like that day might finally arrive in 2022. Or at least we’ll take the next step toward the final frontier of computers.

I’m talking about quantum computing. It’s going to be all the rage very soon and it'll be all you hear about on the TV and the internets.

The gist of it is that we’ve hit a wall with what we can do with current computing technology.

We use switches that can be either on or off. And there’s only so much space on a silicon chip where those switches can go.

When you need one for every function, you run out of space really fast. And you start to realize that you’ve maxed out the silicon chips we’ve all come to depend on for increased computing power.

So you need something new. And that’s why engineers and computer scientists have been working on a solution for years.

Now, I’m excited about the possibilities, but I’m far from an expert on the industry. I leave that to my colleague Keith Kohl. He’s been immersed in it longer than I’ve known it existed.

And he’s nailed down several companies that are helping to move the technology forward and should reward early investors with massive gains.

I want to make predictions and help you profit from them, so he’s letting me share his research to give you a leg up on the competition and help you get ready for what’s to come.

Just make sure you check out his report ASAP so you can get invested before the big jump.

Cryptocurrencies seem to grow in waves. You get a big rally, then a big drop, then another big rally, followed by a gut-wrenching drop.

It’s a pattern you can clearly see if you look at the history of the old boy on the block, Bitcoin: 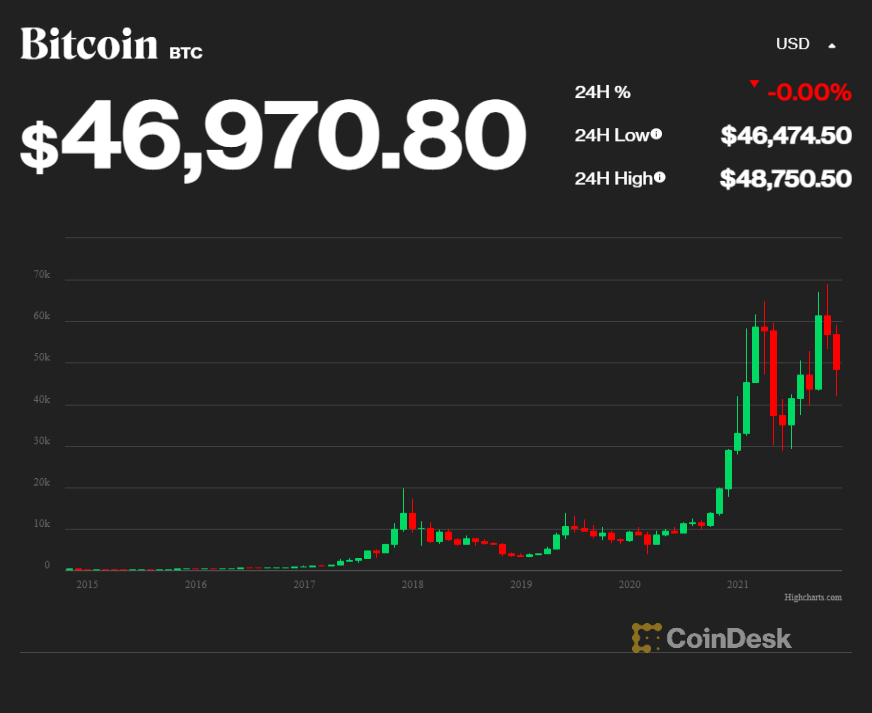 And the industry is growing. Less than a decade ago, it didn’t exist. Today, it’s worth over $2 TRILLION! 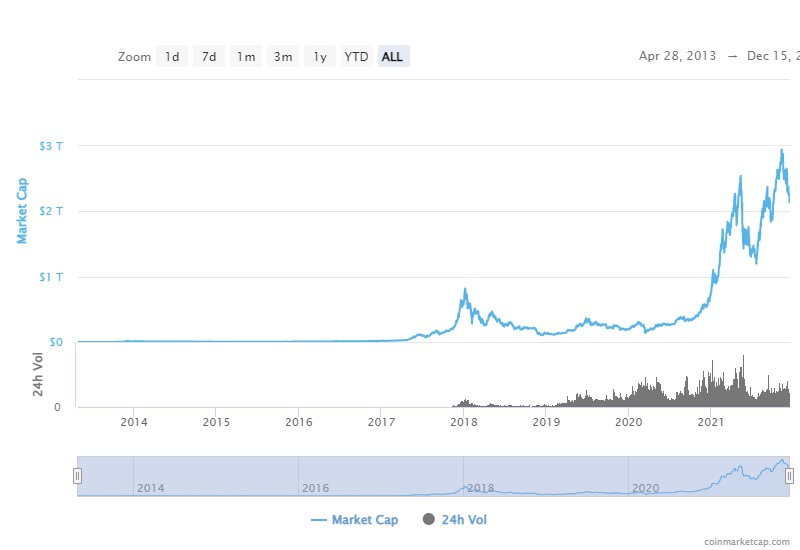 And I’m pretty sure 2022 is going to be another banner year for cryptos. But not the ones you might be most familiar with.

Bitcoin is getting old. And Ethereum is getting slow. New coins are making debuts that are taking away market share from the original kings of the currencies.

And my friend Christian, one of the original bulls on Bitcoin, found a handful that he’s convinced have even more potential than Bitcoin did when he recommended it at under $500.

So that you can get prepared for my prediction to become reality, he’s letting me share them with you here today. I’ve included a presentation that details the coins, their capabilities, and their potential.

All you’ve got to do is watch and then invest and you’ll be good to go for the coming rally.

Investors Move to the Private Markets

My colleague shared an interesting chart with me the other day. It was a list of all the companies that had gone public through a special purpose acquisition company, or SPAC, over the past year or two.

Pretty much every one of them was down double digits off its 52-week high. It wasn’t a pretty picture. Especially for the people who bought at the peak.

And it shows who really gets rich when a company goes from private to public. It’s not the investors like us who get to buy the shares on the secondary market.

It’s not even the big institutions and hedge funds that get to buy the IPO shares directly from the companies themselves.

It’s the insiders at those companies who had a piece of equity before the company went public.

Either they were founders who’d earned sweat equity, or they were early employees who’d gotten stock options when the company was still just a startup.

But there's another group that made millions, sometimes billions, whenever one of those companies went public through a SPAC — no matter what direction the shares went after the IPO.

That group is the private investors who helped fund the companies up to the point when they were ready to go public. Typically, these are people who were already ridiculously wealthy, too.

There’s a reason for that. There was actually a law in place up until a few years ago that forbade anyone who wasn’t already a millionaire from taking part in these private investments.

It’s like the government didn’t want anyone who wasn’t already rich to have a chance to get rich.

But thanks to a loophole slipped into recent legislation, those private markets are now open to anyone with an internet connection and a bank account.

Well, the more they’re going to want to get an earlier piece of the pie so their share of the profits can be that much bigger too.

And that’s why I’m predicting massive growth in the pre-IPO investment markets. That’s also why I founded Main Street Ventures…

To prepare for the inevitable and help retail investors take the private markets by storm.

And that’s why I want to offer you a discounted membership to my pre-IPO advisory service today.

It doesn’t matter how much money you make each year or how much your net worth is. These markets are now open to YOU!

And I want you to get a piece of the action BEFORE everyone else makes the shift and all that money comes pouring in.

We’ve got several exciting investments in private companies open right now. And we’ve got a whole lot more coming in 2022.

So get your seat at the table today and start cashing in on the IPOs next year instead of getting tricked by the SPACs.

That’s it from me for today. Over the past two articles, I’ve given you six predictions I’m pretty confident are going to play out before this time next year.

I’ve also given you more than six ways to profit from them if I’m right. I hope you’ll take advantage of every single one.

And I hope you’ll keep an eye out for the rest of my articles as we wrap up the year here at Wealth Daily and get ready to go strong into 2022.

Make sure you check out all the opportunities I shared with you today and last Friday.

I’ll be back on Christmas Eve Day with more ways for you to profit from whatever the future brings us… and a little early Christmas gift from me to you.