Welcome to the Wealth Daily Weekend Edition — our insights from the week in investing and links to our most-read Wealth Daily and sister publication articles.

Now that all of Europe has been supposedly "saved" by central bankers run amok, here is a great representation of just how large of a sum of money one trillion dollars is.

Try to visualize a million million dollar bills, if there was such a thing in one place at one time.

As usual, a picture is worth a thousand words...

We'll start with a $100 dollar bill, the largest U.S. denomination in general circulation. When I was kid, these were the subject of complete fascination. No one but your grandfather had one.

Today, you can barely leave the house without a few of them in your pocket. It seems Benjamin Franklin's bills have taken the place of the $20 bill from just a few decades ago.

For a college kid, this might pay for a few months at school or the greatest spring break of all time. In total, the middle class needs about 10 of these stacks a year just to meet their financial demands and sleep soundly at night.

~~ad_0~~
Our next pile is a measly million dollars — or 100 packets of $10,000. It's not nearly as prestigous as it used be... It could easily fit into a backpack. Keep that in mind the next time your buddy brags about being a millionaire. The status just isn't what it used to be. 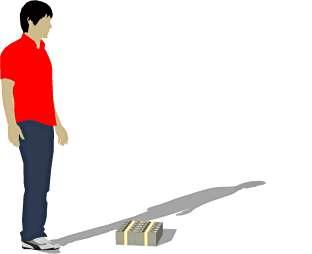 The truth is you're not really rich until you have collected $100 million. That's real money and it fits pretty neatly on a standard pallet. I'm told it feels great to roll around in. 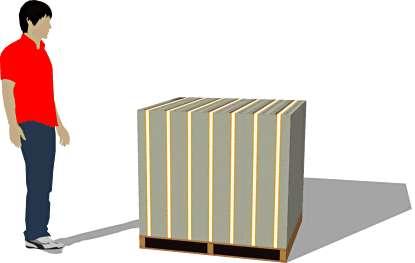 Earn a net worth of one billion dollars and you end up ranked 937th on Forbes' List of Billionaires.  And while that doesn't put you in the same league as Bill Gates or Warren Buffett, it's still an exclusive club — and a ton of dough.

Our next stop is the number that everyone hopes will bailout all of Europe: a thousand billion — or a one followed by 12 zeros.

Ladies and gentlemen, I give you $1 trillion dollars: 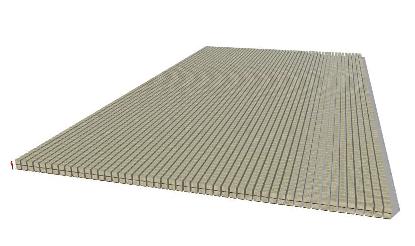 Keep in mind, of course, those pallets are double stacked, and each one is stuffed with $100 bills.

So the next time you hear someone toss around the phrase "a trillion dollars" like it something easy to move — think again.

If you didn't before, you now have an idea of what a trillion dollars really looks like. Now is a good time to point out that it would take 13 of those pictures to pay off the U.S. national debt.

But will this amount be enough to keep the European Union and the euro from collapsing?

But I do know this: it's enough to throw one hell of a party.

As for the places where some of that "new" money might eventually land, I bring you a few below from the pages of this week's top-read articles in Wealth Daily and our sister publications, Energy & Capital and Green Chip Stocks.

How to Trade this Year's Most Anticipated Event: Biotech Trades for the 2010 ASCO Conference
Nothing has the power to send a biotech stock to the moon like the FDA. Wealth Daily Editor Ian Cooper takes a look at this year's most anticipated ASCO conference and offers investors six ways to successfully trade it.

Bank 1239% on this Surge of Canadian Oil: Another Winner From North of the Border
Energy and Capital Editor Keith Kohl explores the next wave of oil profits coming out of Canada and offers readers one way to invest in this oil boom.

The Cardium Oil Formation: The Next Big Play of North America’s Oil Comeback
Breakthrough drilling technology has turned an abandoned Alberta oil field into the hottest energy territory in the Western Hemisphere. And one $4-a-share company is positioned for the lion’s share of the spoils... This new report details for readers how they can still get in on this opportunity.

The GDP-21 Profit Algorithm:  A Rare Chance to Profit
Wealth Daily Editor Christian DeHaemer discusses how huge profits from one specific kind of resource can be predicted with startling accuracy. And how right now, this "algorithm" points to a historic chance to earn as much as 57 times your money.

The Best Nuclear Energy Stock: One Nuclear Stock to Rule Them All
Energy & Capital Editor Nick Hodge divulges what he thinks will the most profitable nuclear stock of the next few years.

Greece's Gift: Are You Buying the Wrong Gold?
Wealth Daily guest editor Jim Amrhein plays devil's advocate in the case for gold and poses an interesting question for investors buying the yellow metal.