Back in July of this year, Israeli aerospace firm Eviation unveiled the world's first electrically powered executive transport/commuter aircraft for the mass market. 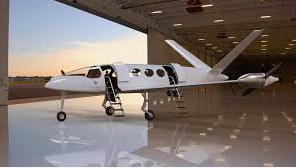 I'm not sure what the backstory is on the name for this little airplane, but if the idea was to allude to a lost, frightened child in a terrifying, unfamiliar world, they pretty much nailed this one.

Eviation's first commercially available model, which is expected to hit in 2022, will be an unpressurized, short-range aircraft aimed at the air-taxi market.

So the question is: What the hell is going on here? Wasn't the Tesla one of the fastest cars on the road?

Aren't there trains out there that can go 300 miles per hour?

Why is this electric airplane barely breaking 270 mph while every commercial jet airliner out there can easily go twice as fast, and up to 8 times as far?

The answer is simple: weight.

While electric motors are superior, pound for pound, in torque and horsepower to piston engines like the kind that power 98% of the cars out there, they still cannot compare to jet engines in the power-to-weight category.

Consider this: If you hook the Pratt & Whitney F119, which powers the F-22 Raptor, up to a shaft to drive a propeller or rotor, you would produce in the neighborhood of 52,000 horsepower.

The Raptor, which can cruise at supersonic speed and top out at 1,500 mph, carries two of these.

The F119 weighs about two tons, meaning that its power-to-weight ratio is roughly 10 times that of a modern Ferrari.

Still the One to Beat

But let's look at something smaller: the General Electric T700, which powers the U.S. Army's UH-60 Black Hawk helicopter.

The Black Hawk carries two of these engines, each producing 3,000 horsepower at the shaft.

Now, imagine how big of a piston engine or electric motor you would need to crank out over 52 horsepower? Or even 3,000?

How many pounds of batteries would you need to produce that kind of power for hours and hours on end?

This is a primitive comparison, of course, but it illustrates quite well why the Alice is so slow — and why, based on these initial examples, it will not be able to compete with turbofan and turboprop technology.

Not in terms of speed and range. Not yet.

Electric motors have two major advantages right now: ease of maintenance, and, for those who care, a much smaller carbon footprint, even when considering the source of the electricity that charges those batteries.

What Alice needs is highly improved batteries and, more importantly, a motor that is more energy-efficient, more reliable, and capable of producing more power.

Given those two elements, the aviation industry will be transformed.

Eviation's Alice is a pioneer, but she's hardly alone.

Future concepts will be bigger, faster, with longer ranges, and, of course, more reliable.

For those future plans to come to fruition, though, the solution will have to come through the same two elements: improved batteries and motors.

The race is already on, and there are tons of competitors and theories out there, but this is one company that stands apart.

What it's done to improve upon the electric motor is an engineering first and considered by many to be the only true change in classic motor design since Faraday's first prototypes almost 200 years ago.

The company is now working toward doing the same thing with batteries.