Like a phoenix rising out of the ashes of financial crisis that once consumed it, the U.S. housing market has gained a second life. Only this time, its composition rising up looks rather different than when it went down.

For the past several years, depressed housing prices in the U.S. have attracted buyers from all over the globe, especially China. Eager to make America their secondary residence -- or in many cases their new primary – foreign buyers have contributed significantly to the reflating of property values back to healthier levels. 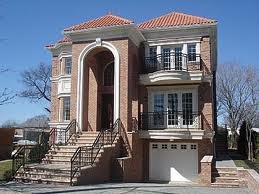 But as billions of dollars’ worth of foreign capital continues to buoy U.S. housing, what impact will the exodus have back home? Are the Chinese eroding the foundation out from under their own housing?

While the U.S. housing bubble was bursting, Asia was blowing some housing bubbles of its own. Rapidly growing Chinese wealth, for instance, has been the primary driver behind Hong Kong’s exploding property prices, now among the most expensive in the world.

In an effort to cool Hong Kong’s residential housing market, the government recently began imposing a 15% tax on foreign purchases of homes, alongside other “cooling” measures. As a result, new luxury home sales to mainland Chinese have already dropped from 43% a year ago to just 18% now.

“Mainland Chinese have lost the ticket to buy properties in Hong Kong, now that tightening measures are in force,” David Hui, overseas sales director at Centaline Property Agency informed CNBC. “If they want to invest in property, they now need to go overseas.”

With that, the migration of Chinese money out of Asia has begun.

Among the more popular housing markets where Chinese wealth is finding a new place to live are London, England; Vancouver, Canada; and a whole host of American cities. Billions of dollars that had made their way from the U.S. to China through purchases of Chinese-made products are finally starting to come back to America.

The slice of the American pie purchased by Chinese home buyers – currently at 12% – is now the second largest slice among all foreign property holders, behind Canadians at 23%, ahead of Mexicans at 8%, and followed by Indians and Britons at 5% each.

The impact of all this investment in U.S. housing has made quite a contribution to the steadily rising value of homes, which was sorely needed to speed up the housing recovery and increase the wealth of American families by reflating their property values.

A survey among U.S. realtors pegged the value of home sales to international buyers at $68.2 billion in just one year, ending March 2013.

Yet the benefits extend far beyond rising property values. As the above survey showed, 49% of foreign buyers are recent immigrants or holders of temporary visas residing in the U.S. six months or longer. That creates a trickle-down effect of increased spending into the local economies for months each year, if not all year round.

In many cases, this spending includes actual investment in a local business through the U.S. government’s EB-5 Immigrant Investor Program. In exchange for a minimum $500,000 investment in a business that saves at least 10 jobs, the foreign home owner/investor is granted an expedited green card approval process. In 2012, nearly 80% of all EB-5 visas were granted to Chinese nationals.

But the impact of this exodus of investments out of China’s housing market might do more than just simmer-down Chinese property values. It could cut a significant slice out of the nation’s economic pie.

We have seen how deflating property prices in the U.S. over 2008 and 2009 wreaked havoc clear across the economy. When home mortgages starting defaulting, banks who held packaged mortgage securities started failing. The resulting erosion of homeowner wealth and consumer credit rippled through the automotive sector, the airlines industry, retail, and ultimately to construction and manufacturing, triggering massive job losses that have not been fully recovered even these four years later.

It seems China has been following in those very same footsteps. Its recent housing boom has fuelled a frenzy of mortgage-packaging similar to the one that brought America’s economy to its knees. Asia is awash with real estate and mortgage securitization, with Chinese REITs and mortgage funds growing in value by some 15 to 25% over the past year, some in 2013 alone.

Will the Chinese government’s efforts to cool its housing market end up imploding it, as China’s wealthiest pull their money out of local housing for investment abroad? This remains to be seen.

But if the past several years of market activity has taught us anything, it is to not fight government policies. If the Chinese government is actively implementing measures to cool its housing market – which is resulting in a flight of real estate investment out of China – then any investor holding a stake in Chinese REITs or other real estate funds might take a cue from China’s own nationals and invest in other markets instead.