If you thought that China's official COVID numbers were suspicious (it's claiming just 4,634 deaths to date), I've got another one for you.

According to a report commissioned by the U.S.-China Economic and Security Review Commission (USCC), China is rapidly rising as the world leader in smart city design and construction.

In fact, of the 1,000 or so smart cities planned worldwide, as many as half are being developed by the Chinese, who have invested about $74 billion in the research and development of these technological marvels.

And it makes a good deal of sense that China is the place where this revolution is taking place. Smart cities by design are uniquely capable of achieving two fundamental goals of the Chinese Communist Party: efficiency and surveillance. 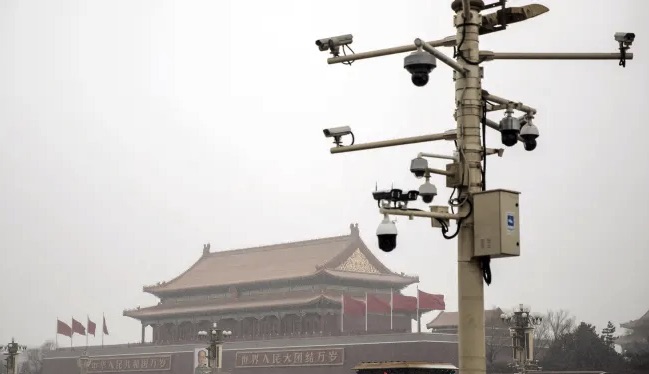 With millions of sensors hardwired into each of these cities' streets, bridges, and buildings and feeding information into centralized mainframes, common problems inherent to densely populated urban centers will be directly addressed.

Traffic will be optimized, both for street and foot traffic; problems like structural failures and common wear and tear issues for roads and bridges will be detected before they lead to catastrophes; and future outbreaks of viruses like COVID 19 will be tracked on previously unthinkable levels.

And of course, with 5G stations positioned every couple hundred feet, citizens' social and internet activities will be monitored with microscope-level precision.

Seems like a win-win-win for a government that has held a boot over the throat of its citizenry for more than seven decades.

However, the reality of the situation is that the smart city, much like the rest of the Chinese Communist Party's promises and claims, is little more than a concept.

The problem with achieving something as complex and intricate as a true smart city is that one of the most critical technological aspects remains elusive. And for China, this isn't a problem that will soon be resolved.

The issue goes to the heart of what makes a smart city, well, smart: its sensors.

A WiFi-capable sensor, even the highly specialized variety that's designed to detect icing on a city street, for example, is no different than any other internet-capable device.

Like your phone or tablet, they absorb and transmit data. To do this, they require internal memory.

As of today, internal memory storage requires a power source, either from a centralized power supply or from its internal battery.

This already creates problems. While the battery in your phone can be charged daily, sensors buried deep inside building walls or in the structure of a bridge present problems with accessibility.

Trillions of New Devices Across the Globe

Multiply this charging requirement by 10 or 20 million, which is how many such sensors will be required to achieve anything approaching true smart city capability, and the goal of efficiency and automation goes right out the window.

And this is only the start of the problem.

The heat that is generated as electricity is consumed, even if a sensor is hardwired into the city's power grid, is another problem. Going back to the example of your phone, a bit of heat emanating from your pocket is hardly an issue at all, but multiply this by a factor of a few million, and you start to run into major problems — the threat of fire being just one.

Finally, and perhaps most important of all, is the cost of the energy it will take to power these mountains of newly internet-capable devices. It has been estimated that just to achieve China's smart city goals alone, the country will need to double its total power output.

There are other issues stemming from all this. The issue of network outages due to blackouts, for example, will make the whole system highly unstable.

The manpower necessary to maintain such a complex, cumbersome mechanism will defeat the purpose from the get-go.

Put all of these technical hurdles together and you come to one inevitable conclusion: It's not going to work.

Not without a new technology that allows machines to manage data without a power requirement.

Engineers started searching for a solution to this problem long before the idea of the smart city came into fashion.

Thinking Outside the Box

One of the results of this search is the flash drive, which can and does store information without the need for power. Flash drives, however, have their own limitations — the major one being that they wear out and become unreliable after a certain number of upload/download cycles.

For a device that's constantly in use and goes through these upload download cycles multiple times a day, flash technology, as we know it today, is not a solution.

To bring the concept of a true smart city into reality, there needs to be a total paradigm shift in the way we store and transmit data.

A small American tech company, valued today at less than $150 million, is on the cusp of what will ultimately become a multitrillion-dollar technological revolution.

The "Forever Memory" it has developed is already being used in an environment where external power and constant maintenance are an even bigger problem than they would be in a smart city scenario: outer space.

It's an impressive achievement, but it's little more than a proof of concept for the ultimate goal: mass implementation on the Earth's surface.

The company behind this evolution is already public. Its shares trade actively on a U.S. exchange, but very few people are aware.

All of that will change soon enough, however, as the vision of the future becomes more and more dependant on "Forever Memory."

I recognized this opportunity months ago, and after realizing the world-changing potential, quickly went to work researching the ins and outs.

Given the company's current market capitalization, I believe this could be one of the most profound investment opportunities of the decade — and I say that conservatively.

Five years from now, this company's technology could be valued at 10, even 1,000 times where it is today. It is all but inevitable.

To get the full story on the tech and on the company, click here.

You will get immediate access to my research and you can judge for yourself.