The world's richest man says he will continue to sink millions into a brand-new mining venture in Mexico.

And now his new mining company is buying up precious and base metal assets in one particular central Mexican state.

In today's issue of Wealth Daily, we'll discuss a few junior mining stocks with assets nearby that could juice your investment portfolio.

Three weeks ago, I wrote to you to discuss a brand-new, publicly-traded mining company that will be financed and controlled by telecommunications tycoon Carlos Slim.

To recap: Slim spun off a new mining company called Minera Frisco, S.A.B. de C.V. from his main holding conglomerate at the beginning of the year.

Minera Frisco was already producing both gold and silver when the Mexican billionaire took the company public.

And while I mentioned Minera Frisco's stock may not be an ideal for the general retail market, I briefly detailed a few noteworthy Mexican pure play gold and silver companies as alternative investments.

However, there are still many other public companies with quality mineral assets in the immediate region that may also benefit from the resources and capital being ponied up by the world's top billionaire...

And new developments from Minera Frisco may point us just in the right direction.

Frisco plans to nearly double its stake to up to 91% in Minera Tayahua, which has operations in the small central Mexican state of Zacatecas.

Minera Tayahua's flagship asset is the Tayahua Mine, located in the Concepcion del Oro District of Zacatecas, Mexico.

The Zacatecas Silver District — located in Central Mexico — is one of the largest and historic silver districts in the world. 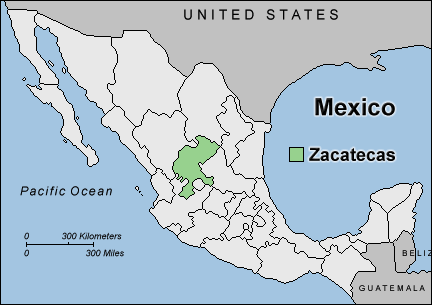 The Zacatecas region hosts the Fresnillo and Zacatecas silver mines, which combined have produced over 1.5 billion ounces of silver to date. As a matter of fact, thanks to Zacatecas, Mexico is the largest producer of silver in the world — contributing almost 20% of the world's total output.

There are a few publicly-traded junior mining companies with a focus on precious metal projects in Zacatecas. These companies may see rising share prices as Minera Frisco invests in the region.

Better yet, companies with mineral assets in areas near major mining and processing operations stand a better chance of being bought out after proving a resource base.

With that in mind, here are a few public junior mineral companies with assets in Zacatecas...

Impact Silver (TSX-V: IPT) is a profitable silver-focused mining and exploration company that holds a large portfolio of advanced silver projects throughout Mexico, including a 100% interest in 12 mineral concessions in Zacatecas.

These holdings represent potential ore feed for the 200 ton per day mill.

Outside of Zacatecas, Impact produces silver from multiple mines and a 500 tonnes per day processing plant at the Royal Mines of Zacualpan.

Xtierra (TSX-V: XAG) is a Toronto-based mineral exploration and development company focused on the development of precious and base metal projects in the states of San Luis Potosi and Zacatecas.

The company plans to become a mid-tier producer of precious and base metals through the development of its Bilbao silver-zinc-lead-copper deposit.

In February, 2010 Xtierra published a revised independent resource estimate for the Bilbao deposit which showed over 50 million ounces of silver-equivalent indicated and inferred resources.

Arian Silver (TSX-V: AGQ) is an emerging producer focused on the acquisition and development of advanced and low-cost silver projects in Zacatecas.

The company owns, has rights, or has optioned 29 mining concessions and is currently focused on its San Jose project.

Located in Zacatecas, San Jose is spread over 6,500 hectares and comprises 11 concessions. The company estimates 500,000 tonnes of production at San Jose to yield about 2.15 million of silver, 1,800 tonnes of lead, and 3,100 tonnes of zinc over the four-year lifespan.

Investors with exposure to mineral assets in Zacatecas may benefit from the resources and capital being invested in the state by Carlos Slim and his new mining venture Minera Tayahua.

As always, do your own due diligence.