No, that subject line wasn't hyperbole.

Yes, the world is in an oil crisis the likes of which we've never seen.

But it's not the kind of crisis you're used to hearing about. It's not the sudden, life-changing, dramatic sort of event that the sociopathic news media will spin into TV ratings and clickbait for years to come.

Instead, it's a slow, gradual descent toward a historic low point that will come with symptoms like global economic collapse, famine, or war — and, likely, all of the above.

Here's the problem: The world is currently transitioning from a fossil fuel-driven economy to, well, something else.

And it's precisely that indecision that makes this a problem. Because while we know that we have to make a change, the solution has been elusive.

Now, to those who will argue the first point with me, I'd just like to remind you that no matter how much you want climate change and the greenhouse effect to be a hoax, the physically undeniable fact is the supply of fossil fuels is finite and simply cannot sustain our increase in demand for cheap transportation.

And we don't have to run out of fossil fuel for it to be an unworkable solution to our energy problems. The cost of exploration, extraction, and refinement simply needs to go up enough for prices to, say, double, triple, or quintuple.

And for that to happen, the oil needs to become just incrementally harder to reach.

Death by a Thousand Pinpricks

Resulting shortages can and will grind the most powerful economies — ours included — to a halt.

For those of you out there old enough to remember the early 1970s, it's happened before. 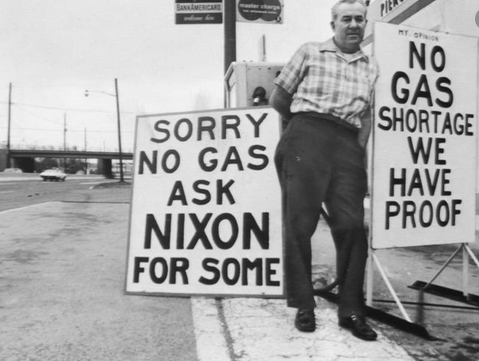 So while fossil fuels can stick around all they want, it is without question that our dependence on them has to be neutralized. But where do we take our gargantuan energy needs?

Well, that's the bigger problem. Without a solution as standardized as gasoline and diesel fuels are (on a global scale), we simply cannot reproduce the strength and efficiency of a well-supplied fossil fuel-driven market.

So while our current paradigm slowly burns, there remains no alternative as universal to replace it. That, ladies and gentlemen, is enough to turn a bustling, rapidly growing and evolving 21st-century image of the future into a rusting, declining, post-prime civilization.

Not tomorrow, not next week, or even next year, but in a decade or two (or three), things will not look as hopeful as they do today...  unless we find a way to swap something in for the fuels that have done most of the work in growing our cities and societies to these proportions in the first place.

For a View of the Future... Look to the Sea

Right now, the first signs of an emerging heir apparent in this contest are starting to become clear — and the strongest sign comes to us from an industry that's been on the forefront of fuel technology for more than 200 years: heavy shipping.

The first-ever steam-driven ship was called the Pyroscaphe and was built and sailed by French inventor Claude-François-Dorothée, marquis de Jouffroy d'Abbans in 1784. 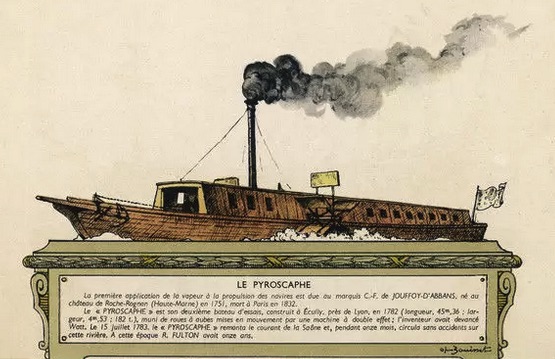 That's 18 years before the first-ever steam engine was used to drive a locomotive, and it set a trend that exists to this day.

The first diesel-electric marine power plant, which remains one of today's mainstays both for heavy shipping and for rail-transported freight, was also tested in 1903.

Today, for the first time in decades, the global heavy-shipping sector is looking to a new source of power: ammonia.

Coming to an Internal Combustion Engine Block Near You

Yes, the same stuff you probably most closely associate with kitchen cleaners is actually a potent, highly versatile, not to mention environmentally friendly, fuel.

It's not a new thing, either. We've used ammonia for decades in limited, highly specialized roles.

In the 1940s, the Belgians used it to replace diesel to drive city buses during the fuel shortages of World War II.

In the 1960s, NASA used an ammonia-based fuel to propel its X-15 rocket plane to Mach 6.7, a record for winged aircraft that stands to this day.

Unfortunately, the production of ammonia has always been too costly and too cumbersome to make it viable as a commercial fuel source, so the agriculture industry consumed almost 90% of global ammonia production.

So why is the heavy-shipping industry looking at it as its next universal fuel?

Because a new technology has recently emerged that has completely altered this paradigm by allowing ammonia to be produced cheaply, rapidly, and with no chemical byproducts except for water vapor.

This technology will allow for the production and storage of ammonia wherever electricity is available, which creates very interesting opportunities in areas outside of the shipping industry as well.

Sometimes the wind blows too hard when nobody is using electricity so where does all that excess wattage go? Well, traditionally, the answer was house-sized lithium-ion battery arrays.

With this new method for producing ammonia, excess electricity can be converted into fuel, which can either stored, sold, or turned back into electricity inside a standard generator.

This effectively turns ammonia into a liquid battery that, unlike lithium-ion batteries, has no shelf life, has no limits on charge/discharge cycles, and will never fail, catch fire or explode due to microscopic manufacturing defects.

And it turns ammonia into the safest, cleanest, most versatile marine fuel to ever exist.

Now, if you haven't gotten the bigger point here yet, here it is: Heavy shipping is just the beginning.

You Will Invest in Ammonia, Whether You Like It or Not

In the next 10 years, there's a good chance that your car will be running on this stuff. And since it can run in the same engine block as gas or diesel, your car might have a switch allowing you to go back and forth depending on availability, price, or simply your whim of the day.

Just think... You might not even have to switch to that electric vehicle that you've been dreading test-driving.

And all of that is possible, thanks to a single, but world-changing, technological innovation.

Right now, the company that owns the patent to this innovation is still very small and almost unheard of outside the industry.

This secret won't stay a secret much longer, however.

The company's stock, which trades both in the U.S. and Canada, has nearly doubled in the last couple of months as the investment community begins to awaken to its potential.

But it still trades at a market cap of less than $50 million.

To put things in perspective: That's less than one-ten-thousandth of Tesla (NASDAQ: TSLA), a company this technology could actually put out of business by the end of the decade.

Starting to see the size of this thing yet?

To get the whole story on the company, the technology, and the world-altering potential, click here.