A New IPO Could Allow You to Invest in the UFC

It was a fantastic fight.

For months, fans had been waiting impatiently for the McGregor/Diaz match.

It did not disappoint.

Going all five rounds, Conor McGregor won by decision. But Diaz showed us again that he’s an absolute beast.

Including his “Performance of the Night” bonus, Johnson earned $24,615 per second.

Without a doubt, the UFC has mastered the art of excitement.

So last month, when talent agency WME-IMG bought the UFC for $4 billion, I wasn’t surprised.

While some analysts lamented over the fact that this was likely the most expensive transaction for an organization in sports history, there’s no doubt that the good folks over at WME-IMG scored the deal of a lifetime.

The problem is, most analysts I know couldn’t even name five UFC fighters, must less offer a competent analysis on the deal. You see, while the numbers alone illustrate how valuable the UFC is, what must be understood is that this is not just about the company’s book value. It’s about its intrinsic value, too.

Looking at a spreadsheet, we can see that the UFC was sold for about seven times gross revenue. But what’s not included on that spreadsheet is the wealth of natural capital to which the UFC has access.

It’s all about Natural Capital

Natural capital is typically described as the world’s natural assets. These include things such as soil, air, and water. But people represent natural capital, too.

Every successful organization draws its strengths from the people that make it successful.

Do you think for a second that Tesla would be as successful as it is today had it not been for Elon Musk or any of the hundreds of insanely smart engineers he hired?

Or how about Apple (NASDAQ: AAPL)? No one could possibly dispute that Steve Jobs was the mastermind behind the juggernaut that we now know as Apple. Jobs, along with all the smart, motivated people who worked for him made Apple what it is today.

The same holds true for the UFC.

UFC President Dana White turned a struggling fight company that was once referred to as a peddler of “human cockfighting,” by Senator John McCain (who actually fought to have the sport banned in all 50 states), into an operation that will go down in history as one of the most successful sports promotion companies of all time.

UFC fans can also thank all the great fighters that were so impressive that no true fight fan could deny the lure of Mixed Martial Arts.

Guys like Royce Gracie, Ken Shamrock, Tito Ortiz, Pat Miletich, Vitor Belfort, Randy Couture, Dan Henderson. In the early days, it was these guys who had the skill and technique to put the asses in the seats.

And today, the rosters remain filled with the most gifted athletes in the world: Conor McGregor, Nate Diaz, Jose Aldo, Ronda Rousey, Michael Bisping, Miesha Tate, Cat Zingano, Amanda Nunes, the list goes on and on.

Consider that WME-IMG represents some of the most successful professional athletes in the world, and the UFC is the place every MMA fighter wants to fight.

Mixed Martial Arts can be found all over the world, and the UFC has capitalized on this in a tremendous way. 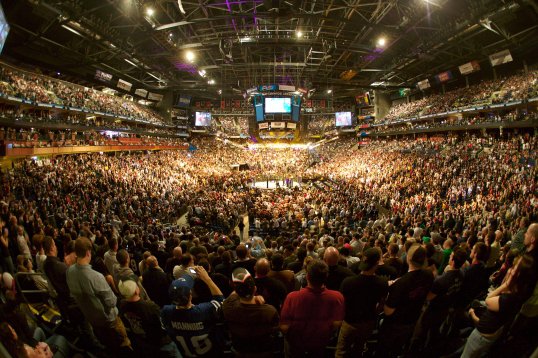 Rest assured, dear reader, the folks over at WME-IMG were wise to make this acquisition.

Want to Invest in the UFC?

Forbes tells us that in three years, the sports market will be worth $73.5 billion. And that’s just North America.

The biggest facilitator of this growth comes from media rights revenue, which is expected to surpass gate revenues as the sports industry’s largest segment.

According to the UFC, media rights could potentially grow to more than $400 million by 2019. Today it’s valued at a yearly average of $115 million.

WME-IMG has the ability to capitalize on this in a major way. So much, in fact, that with this acquisition, the company’s rumored plan of an IPO could get a huge boost of investor confidence.

Who wouldn’t want to invest in the UFC? It’s a virtual gold mine!

While WME-IMG is bigger than the UFC, it’s the UFC that has the shine of excitement and the promise of robust growth that’ll get Wall Street all hot and bothered.

If WME-IMG does go public, it probably won’t be until next year. But mark my words, with the UFC in tow, the company’s going to be able to command a debut price that wouldn’t have been possible without the UFC.