Electric vehicles aren’t some revolutionary new phenomenon, despite what Elon Musk and Joe Biden might have you believe. In fact, Ferdinand Porsche’s first car, released in 1898 and called the Egger-Lohner C.2 Phaeton, was powered by an electric motor. In the early 1900s, electric cars were just as prevalent as their gas-powered counterparts, but they fell out of favor because the costs outweighed the benefits. So why the renewed enthusiasm? Well, it's about money and control...

We hear it time and again: that EVs are the future of transportation, that they’ll save the environment, and that they’ll cost you less at the pump. But this couldn’t be further from the truth...

When factoring in ancillary ownership costs, including the price of electricity, EV registration taxes, the cost of home chargers, and travel expenses for driving to an EV charging station, the Anderson Economic Group found that running an EV costs $12.95 per 100 miles compared with $8.58 for driving an internal combustion vehicle. That’s not even factoring in the cost of repairs or replacing the battery.

Last week, Tuomas Katainen strapped 66 pounds of dynamite to his 2013 Tesla Model S and filmed the explosion that has since gone viral on YouTube, saying he didn’t want to cough up the $22,600 it would have cost him to replace the battery. 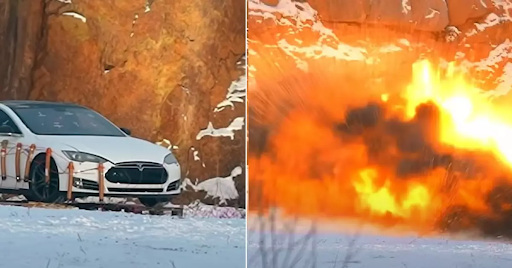 And now that the Biden administration has pledged to subsidize the EV industry by mandating that 50% of private car sales be electric by 2030 and that the government purchase only EVs by 2035, people are becoming skeptical. The math just doesn’t add up.

Michael Shellenberger, founder of the California-based nonprofit Environmental Progress, recently said, “One reason to be suspicious of electric cars overall is that we haven’t solved any of the real problems that we’ve always thought they had.” Those century-old problems date back to the 1900s, including price, range, reliability, and infrastructure.

Even Kamala Harris recently tweeted that the biggest barrier for buying an electric car is “figuring out where and how to charge it.” But that’s not even close to the biggest barrier. How about the fact that according to Kelley Blue Book, the average EV costs $51,532? It just shows how out of touch our politicians are with reality and how keen they are on misrepresenting the facts to win votes.

If EVs actually worked, the government wouldn't need to step in to subsidize them. Musk holds the same sentiment and recently said at a Wall Street Journal conference, “Do we need support for gas stations? We don’t. So there’s no need for support for a charging network... I’m literally saying get rid of all subsidies.” You gotta love Musk’s free market politics.

Every penny spent by the government on EVs is money that could be spent elsewhere — on health care, infrastructure, and national security, for example. The government is simply putting the country into more debt to help the wealthy buy new toys.

Again, if the EV scheme actually worked, companies wouldn’t need to lie about their efficacy. Tesla rivals Nikola and Lordstown Motors recently found themselves in hot water with the Securities and Exchange Commission (SEC) for defrauding investors. Former Nikola CEO and chairman Trevor Milton was charged with three counts of fraud, and the company agreed to pay $125 million in a settlement with the SEC. Lordstown Motors CEO Steve Burns inflated its EV truck preorders and falsely counted them as future revenue on the company’s income statements to the tune of more than $5 billion. Not a good look for the EV industry...

Switching to electric cars is in many ways a step backward. Two of the greatest entrepreneurs of all time, Thomas Edison and Henry Ford, wrestled with the idea of EV batteries in the 1900s, but self-starting internal combustion engines came out on top. If they couldn’t solve the problem, what makes you think Kamala Harris can?

Sure, technology has improved, but not by much in the EV battery space. The same issues that Edison ran into are still prevalent, and if we’re not careful, we’ll fall into the same trap he did.

The only difference is that when Edison created his ingenious EV battery, he unearthed a renewable energy source that scientists are just now understanding. It’s something the BBC calls “a diamond in the rough,” and it’s poised to revolutionize the energy space.

Edison is best remembered for inventing the carbon filament light bulb and phonograph, without which the world would be a much darker, quieter place.

Edison was known for his grit, determination, and dogged work ethic. He put all his resources into his dreams to make them a reality. Toward the end of his career, however, Edison got the EV bug and started work on an expensive battery endeavor that was doomed to fail.

In the early 1900s, my great-grandfather worked at Edison’s workshop in Menlo Park, New Jersey. Back then, employees recounted seeing Edison zipping around the old dusty roads on a prototype electric car, one that used a new battery made of nickel and iron. 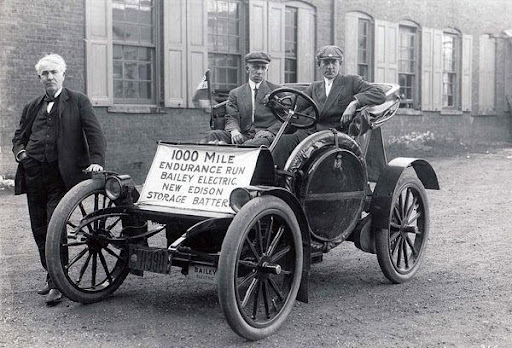 You see, early EVs used lead-acid batteries, but they were slow to charge and often spewed the toxic mixture, eating away at the car’s internals and carriage compartment. Not to mention, they weren’t easily disposed of.

So Edison decided to disrupt the EV battery industry and in 1901 founded the Edison Storage Battery Company. Even though the company faced countless setbacks, Edison was determined to make it work. He eventually refined the nickel-iron battery first patented by Swedish inventor Ernst Waldemar Jungner in 1899, and Edison thought he’d struck gold. 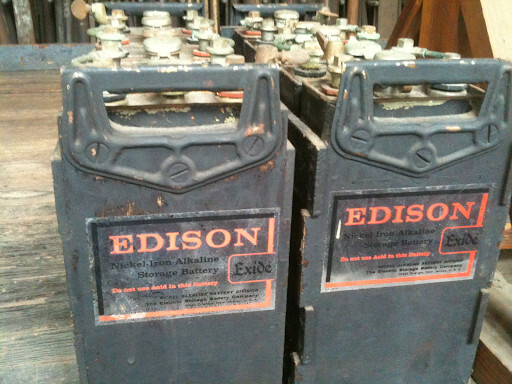 It was so revolutionary that even Henry Ford wanted the nickel-iron battery in his future EVs and made a deal with Edison in 1914 to release the “Ford Electric,” which would sell for $900 and have a 100-mile range.

But just as we’ve seen with today’s batteries, the Edison battery was big, heavy, and expensive and needed frequent charging. By the time Edison’s project was completed, consumers had spoken and preferred the cheaper fossil fuel-powered Ford Model T.

Although Edison’s batteries were used by railways for signal switches, Edison’s $1.5 million ($39 million in today’s money) EV battery project was deemed a failure... or so he thought.

The Edison battery had two peculiar qualities. First, it was extremely reliable, and unlike batteries today, some are known to have lasted more than 40 years. Second, and most importantly, when electricity passed through the battery as it charged, it produced a chemical reaction that released hydrogen and oxygen. This reaction was considered dangerous at the time, but researchers at the Delft University of Technology in the Netherlands have now taken a renewed interest in it and think it could hold the key to producing clean, renewable energy.

As the BBC reported, "The team recognised the reaction as reminiscent of the one used to release hydrogen from water, known as electrolysis... This water-splitting reaction is one way hydrogen is produced for use as a fuel — and an entirely clean fuel too, provided the energy used to drive the reaction is from a renewable source."

Nickel-iron batteries solve many of the problems plaguing current EV batteries, namely the ethical and environmental impacts of mining the raw materials. They don't contain cobalt, which is known to be mined using child labor, nor do they contain lithium, which produces toxic wastewater that's expensive to filter and harmful to dispose of. They're also perfect for energy storage, as they don't overheat.

Two more crucial byproducts produced from charging the batteries are ammonia and methanol. Considered the linchpins of the renewable energy revolution, these compounds are easy to transport and can be used for fuel within the existing automobile infrastructure... no charging stations required.

The problem with this technology is its current lack of scalability, another reason Edison's invention didn't gain widespread adoption.

But with renewed enthusiasm for clean fuel, as the saying goes, Edison wasn't wrong; he was just early.

So now's your chance to get positioned early in a company bringing similar, more scalable technology to the masses.

Once this tiny company and its clean energy tech go mainstream, it's game over for oil and EVs.

Here's how you can invest today in a company that'd make Thomas Edison proud.