This Ship Makes Everything Else on the High Seas Obsolete

In the course of technological evolution, progress is sometimes made not in gradual increments but in great big leaps.

Such leaps have happened several times in modern history, and with each one's arrival, the typical initial response from the establishment can be summed up in one word: Panic.

The reason is that virtually overnight, all competing designs, the benchmarks of the day, are rendered obsolete — the ultimate form of disruption.

This is exactly what happened the British Royal Navy unveiled the HMS Dreadnought battleship class in 1906. 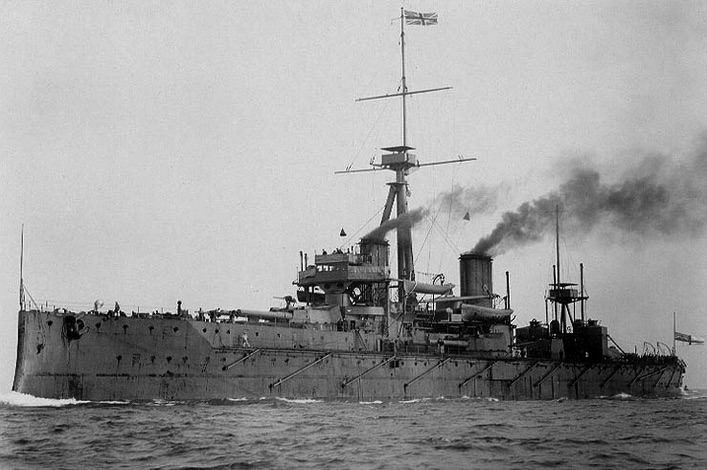 Concentrating its firepower in five massive turrets, the configuration came to serve as the mold for 20th-century battleship design for all major seafaring powers.

It was so universal, in fact, that the name Dreadnought itself came to be used interchangeably with the word "battleship" until the rise of the aircraft carrier-based naval group following World War II.

This sort of dynamic has happened several times since then, each time with equally sensational effects.

The appearance of the Soviet T-34 tank marked the first, but definitely not last, moment that the German Wehrmacht was catastrophically surprised in battle by an enemy weapon. 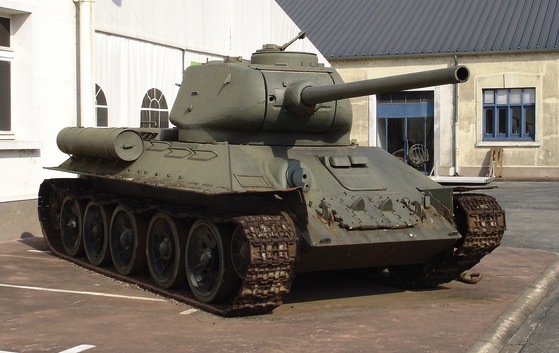 Its welded turret, sloped armor, and revolutionary suspension system (actually borrowed from an American design that the U.S. army passed on), made the T-34 the single most influential tank design in history.

Even 80 years later, modern tanks still carry much of the same design DNA.

And this phenomenon isn't limited to the surface.

From Ford to Musk

This sort of thing happens most often in the military sphere for a good reason: The only alternative to successful competition in this game is loss of power and influence, and perhaps even defeat in battle.

But it happens in commercial industry as well. The Ford Model T did it for car design. A century later, the Tesla Roadster did it again for electrical vehicles.

The first Macintosh, with its graphical user interface, did it for the modern PC. The iPhone did it for cellular technology.

Today, this exact process is happening once again, and the industry in question this time is heavy shipping.

The vessel pictured below might not look like much, but next year it will become the first heavy ocean-going vessel ever to be powered by a revolutionary, zero-emission fuel: ammonia. 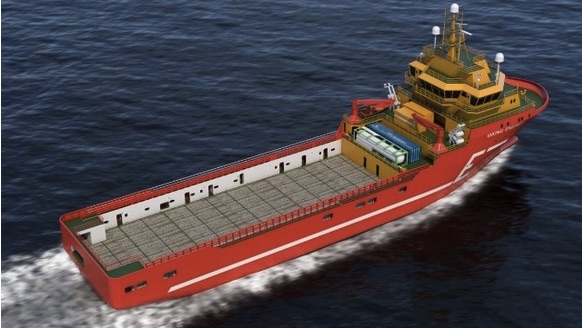 Yes, you read that correctly: The same stuff that you probably most closely associate with window cleaner is actually the current heir-apparent to diesel's title as the world's main marine fuel.

Carbon neutral, safe to store, and producing no emissions other than water vapor and some nitrogen, ammonia's benefits have long been known to industry.

Ammonia can be used in common internal combustion engine blocks, making the transition from gas/diesel just a matter of installing some equipment — and perhaps even a switch to toggle between fuel types.

For global shipping, which has pledged to cut its overall carbon footprint by half by the middle of the century, this solution is as good as tailor made.

But all that should leave one big question: Why isn't ammonia already the standard?

The reason ammonia hasn't run gas out of the market is that production has always been too costly and too dirty to be justified outside of specialized applications.

In five–10 years, everything from massive cruise liners, to even larger vessels that carry cargo containers across the ocean by the thousand could be running off ammonia power.

Moreover, your local filling station could be dispensing this stuff right alongside gasoline. In another five–10 years, it could dispense only this stuff, with gas and diesel a distant memory.

Right now, when the wind is blowing and the sun is shining but nobody is home running their washing machines, lithium-ion batteries are used to soak up excess kilowatts. In the future, ammonia production facilities could be adapted to produce and store ammonia to either sell or transform back into electricity during peak-demand hours by using that ammonia to run a carbon-free generator.

Trading Electrons for Fuel, and Back Again

The potential here is so great its full reach is hard to quantify, but it's safe to say that by the middle of the century we could easily be running on an ammonia-dependent economy.

It's so new that it started trading under its current ticker symbol only weeks ago.

But even with the incredible attention it has received from the investment community, this company still barely cracks a $70 million market capitalization.

In other words, it's an embryo — a tiny speck compared with the giant market that this technology could soon be disrupting.

Get all the details right now...

Or wait another day and watch the stock go up another 25%.