The Greatest Investor of Our Time

Written by Christian DeHaemer
Posted May 7, 2012

In 2010 I told you to buy a small, unknown oil stock in Mongolia.

People laughed at me. They pointed fingers, rolled their eyes, and did strange things with their tongues.

Who would buy an oil stock in a landlocked country populated by yurt dwellers?

Here is how that stock did: 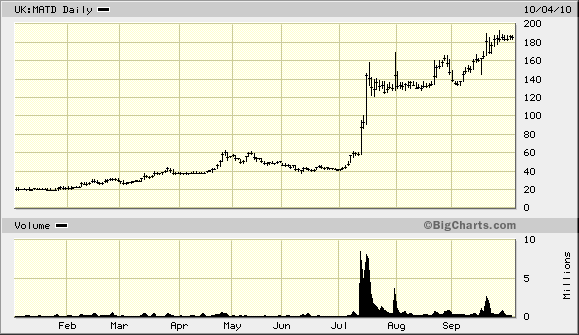 Oil Profits Laugh With You 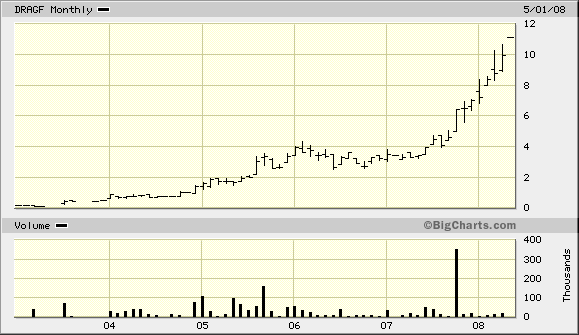 In 2011, I told you about a little-know company that was exploring for oil in Kenya. They also have wells in Somalia.

This part of Africa has the same geology as Saudi Arabia. Scientists tell us that when the continents were linked together as Pangaea some 300 million years ago, a vast ocean stretched from the Arabian Peninsula down the coast of modern Africa.

Untold generations of small creatures lived, died and sank to the bottom, where they transmogrified into hydrocarbons.

Most investors didn't want to hear about the logic behind buying oil exploration companies in Africa. And the numbers proved it: It was one of the worst-selling promotional advertisements we ever had.

My publisher called me a fool...

“No one will buy Somalia oil stocks,” he shouted, throwing his unlit cigar. It ricocheted off the door as I beat a hasty retreat.

Confoundedly, it seems people would rather lose money in name-brand mutual funds and T-bills than make a fortune in oil stocks.

Very few people aside from the savvy members of Crisis and Opportunity bought these stocks at the lows.

These are investors who understand the unrelenting logic of black gold and the pure unadulterated greed that motivates men to find and profit from cheep crude, regardless of where it lays.

Here's how that Kenya stock is doing: 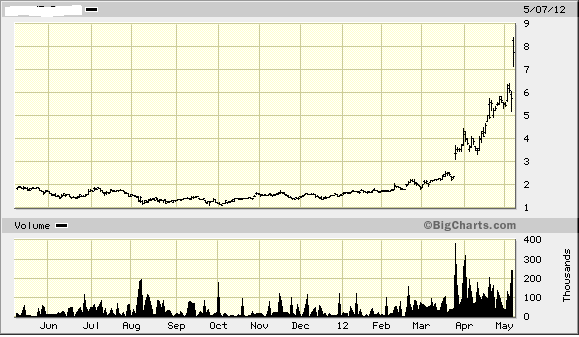 On Friday, one of my sources in the oil business sent me an email:

You may be the second person to promise 1,000% gains in a promo and deliver it.

You’re also the first, I think. Just left the Lundin office and the Kenya oil play could be THE story of 2012. The pay zone (official numbers coming out soon) could be massive.

One trading day later, and the stock launched 46% on the open.

In case you have never heard of the Lundin Group, you should know that they are the greatest oil and mineral investors of our time. They are, quite simply, a ticket to wealth.

While Warren Buffett has been busy treading water over the past decade, the Lundin Group has been making fortunes.

The company was formed in 1971 by Adolf Lundin with the idea to buy oil and mineral properties for development and resale. Rumors have it old Adolf sold his soul at the crossroads, because his track record is otherworldly.

Here's a list of seven recent projects along with the returns they generated: 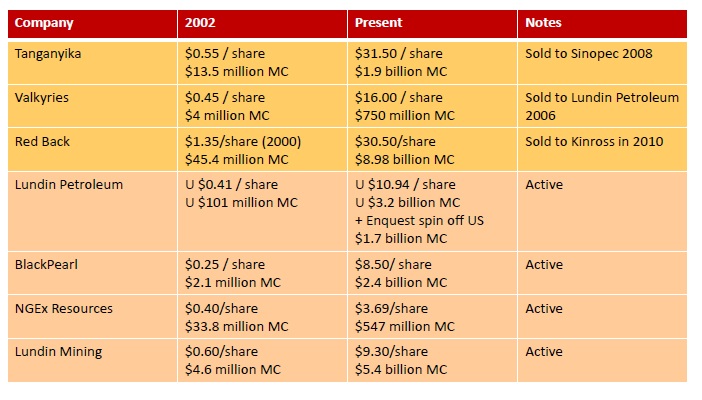 Out of seven companies, the Lundin Group is averaging returns in excess of 10,600% over a nine-year period.

I'll give you a secret you can use...

If you really want to make money, get on the Lundin press release list. Buy what they buy.

You can also buy Lundin Petroleum (LNDNF: Pink Sheets), though you might wait for it to drop under $16.

Have a great week,