The G-7 and the End of Fossil Fuels

Nothing can Stop the Ultimate Demise of Fossil Fuels 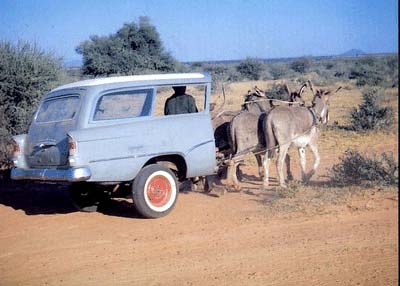 The world should move away from using fossil fuels by the end of this century.

This is what G-7 leaders told the media on Monday.

As reported in the Associated Press …

German Chancellor Angela Merkel, whose turn it was to host the annual gathering, pressed for a commitment to "decarbonize" the global economy — that is, to eliminate most carbon dioxide emissions from burning oil, gas and coal. While the goal was set for the end of the century, the seven leaders also asserted that "urgent and concrete action is needed to address climate change."

It's interesting that the leaders of the seven wealthiest democracies would call for something that's going to happen regardless of what they say today.

Truth is, the end of fossil fuels is inevitable.

Because of the rapid depletion of oil and gas, by the end of the century, oil and gas will simply be too economically burdensome to pursue as a viable form of power production or transportation fuel. And don't let the fracking revolution dissuade you from reality.

While the fracking boom in the U.S. has changed the game completely, it won't last forever. In fact, because decline rates are so steep and so rapid with fracking, this “revolution,” will likely come to an abrupt end within the next twenty years.

Sure, they'll still chase down every last drop. But in doing so, the price to produce it will be too high to compete against burgeoning alternative energy and transportation technologies. Don't think for a second that they'll even be selling internal combustion engine vehicles by the end of the century. That's just not going to happen.

And with the development of storage technology, energy intelligence, energy efficiency and conservation measures, and renewable energy technologies, natural gas will be as valuable to the world in 2100 as the typewriter is today. And you can forget about coal, altogether.

The Future is Now

Although it's unlikely I'll be around by 2100, I certainly don't mind investing in (and profiting from) tomorrow's technologies today. This is why I'm so bullish on alternative energy and transportation fuels. It's the future, plain and simple. And there's no better time to invest in the future than right now.

Some of the biggest players in the alternative energy space right now include:

There are also a number of smaller companies in this space today that could, one day, be the big dogs of energy technology tomorrow. I write about these regularly at Green Chip Stocks.

Don't get me wrong, I'm not suggesting the days of fossil fuels will coming to an end anytime soon. The Big Oil machine still has a lot of life left, and it will continue to offer excellent investment opportunities for energy investors in the years to come.

But mark my words, the future of energy is not fossil fuels. And to accept such a think would be extremely foolish.