The Clock is Running Out on Oil

Does THIS Mean the End of the House of Saud?

Hubris is an innate human quality. We are always trying to do things bigger and better, but we often reach too far.

Whether it be bridges in Holland during World War II, McMansions in Clearwater, or skyscrapers in New York City, the nature of the business cycle is to ramp up leverage and lay on the bets the further you travel from the mean. Every success is followed by more risk.

In the case of constructing the world's tallest building, you must have confidence not only in the architect and the builder, but also in the moneymen, the real estate people, and the political class. The simple, community-wide arrogance it takes to invest billions of dollars in something that may or may not pay off is extraordinary...

It is little wonder that, much like a flag on the moon, skyscrapers represent the high-tide mark of presumption.

14 years ago, Andrew Lawrence — then a Hong Kong-based property analyst for a British investment bank — created the Skyscraper Index. This index correlated construction of the world’s tallest skyscrapers with economic crises going back to 1873. And it has proved incredibly accurate.

Lawrence described his index as an “unhealthy 100-year correlation.” It works like a charm.

The first example was the Equitable Life Building in New York, which was completed in 1873 at a then-skyscraping 43.3 meters. Completion was followed immediately by a recession in the United States and Europe that lasted for five years, historically known as the Long Depression.

The Auditorium Building in Chicago and the New York World Building, completed in 1889 and 1890 respectively, coincided with the British banking crisis of 1890 and a world recession.

Then there was the Singer Building (1908), whose construction presaged the Panic of 1907, and the Metropolitan Life Building, completed in 1909.

The Skyscraper Index accurately predicted the Great Depression with the completion of 40 Wall Tower in 1929, the Chrysler Building in 1930, and the Empire State Building in 1931...

The World Trade Center towers in New York were finished in 1972, and the Sears Tower in Chicago in 1974 “marked a period of U.S. currency speculation, the collapse of the Bretton Woods system, and the OPEC price rises that caused an economic crisis across the world.”

The Petronas Towers in Kuala Lumpur, Malaysia were the first "tallest buildings" constructed outside of the United States in 130 years.

They marked the top of the “Asian Tiger” period and coincided with the Asian currency crisis of 1997. The Petronas Towers currently have an occupancy rate of just 75%.

And of course, the Burj Khalifa in Dubai is now the tallest, standing 828 meters tall and 162 stories, and it coincided with the biggest global real estate bust of all time in 2009. 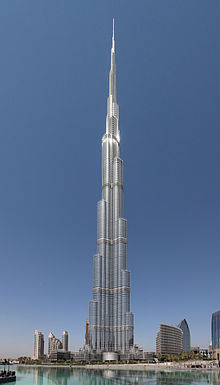 It's been five years now since someone reached for a new record. This week, it was announced that construction of the world's largest tower was to begin in Saudi Arabia.  One hundred-dollar oil buys a lot of "I" beams.

The Kingdom Tower will be built by the Bin Laden Group (Osama's father). It will measure 3,280 feet and 200 stories when finished. That's a full 568 feet taller than the Burj Khalifa building.

The building is expected to be completed in 2019 — about the time the famed Ghawar oil field runs out.

You see, the Saudis have developed Ghawar by using peripheral water injection; water is pumped into the reservoir, driving the remaining oil to the surface.

One day in the not-too-distant future, they will pump brine instead of black gold.

P.S. The Department of Homeland Security is building the largest government building since the Pentagon, with 4.5 million feet of workspace. I feel safer already... how about you?