So Much for Those Sanctions

Well, the markets turned around while I was writing Friday’s article and were all up when I started writing this one. Who knows what they’ll be doing by the time you’re reading it.

It’s a complication of my job. I write a day in advance to give my team time to get everything set up in the background. And these days, the markets can be completely different from hour to hour, let alone day to day…

Like last Thursday, when the Nasdaq went from a 3% loss to a 3% gain in the last few hours of trading. All the while, Russians and Ukrainians were killing each other.

And maybe they did. The Russian markets were up 20% Friday morning in anticipation…

Because we’re not actually sanctioning anything important. And we’re not really stepping up the sanctions that were already in place.

You see, Russia has been getting ready for this for a while. It’s been cornering the energy industry in Europe and now a lot of the continent’s power comes from Russia. 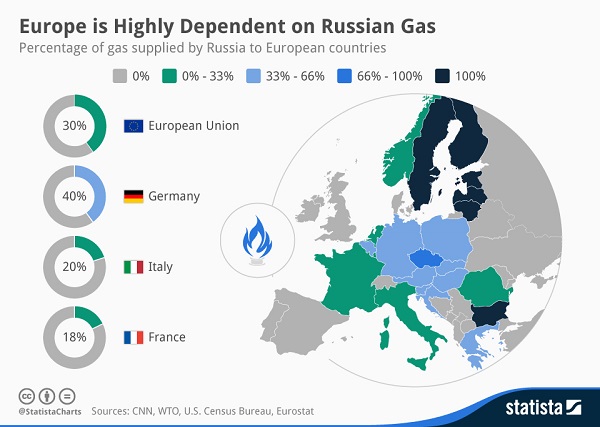 And it’s been busy building pipelines between it and China so it has a big customer if it needs to stop selling to Europe. 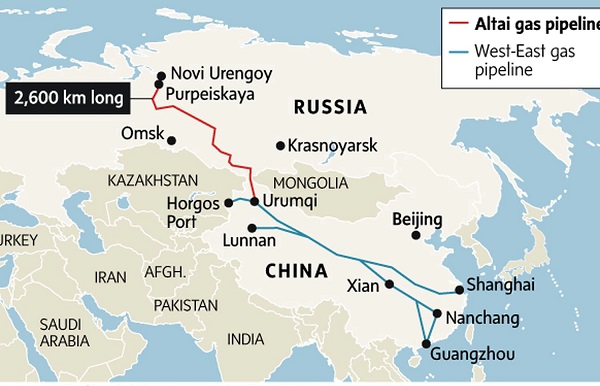 It’s been stepping up gold production and stockpiling it at its central bank. 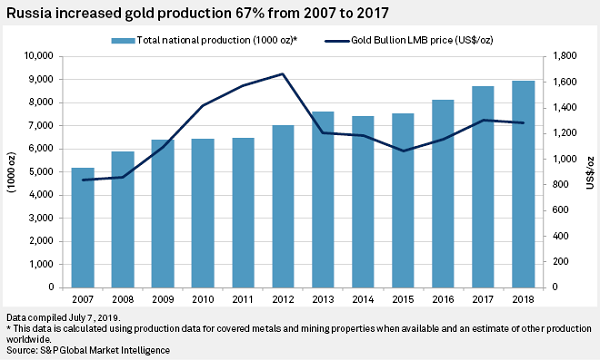 And all the while, the United States has been devaluing its currency, dismantling its energy industry, and canceling pipelines.

So a few months ago, when oil prices were rising, we started begging Russia to pump more oil for us.

We’re practically drowning in oil here, people. We were a net exporter just a few years ago.

But we can’t sanction Russia with anything meaningful because we’re dependent on its oil yet again.

We’re also dependent on its uranium and its fertilizer and countless other commodities. And so are most of our NATO allies.

And that’s by design. Russia has been planning this for decades and the time was right to strike.

We even helped bankroll the invasion. If oil prices were still back at $50 a gallon, Russia would be strapped for cash.

But without U.S. exports, they’ve been up in the $80–$90 range, and Russia has been making bank. That has meant plenty of cash flow to finance a full-scale invasion.

There’s not much we can do about it right now. And the sanctions we’ve got on Russia aren’t designed to do anything in the short term anyway.

But what we can do is strengthen our own energy sector. Globalization is far from over, but we’ve got to be more careful about whom we’re reliant upon.

We can invest in U.S. oil companies. We can build more natural gas liquefaction plants. We can become a net exporter of energy again.

And before you get on my case for not caring about the planet, we can still work on those projects too.

We can be a leader in the traditional energy market AND the renewable energy market. They’re not mutually exclusive.

And we can support the global economy’s need for energy in the meantime by becoming a net exporter of oil again.

We need strength in both. We need it for our own safety. But we also need it to help protect our allies.

Europe can’t sanction Russia because Russia can cut off Europe’s electricity. But if Europe had another option, if the U.S. could supply that power, then the story would be very different.

So my colleagues and I have already zeroed in on several companies that are going to help lead that charge.

And we’re getting all the details together so that we can share our research here with you in the coming weeks.

I want you to pay close attention and be on the lookout for my emails because you are not going to want to miss a word.

But in the meantime, I want you to take my advice from last week seriously. I want you to get exposure to the cryptocurrency space. I want you diversified and mobile and crypto is a great asset to do both.

And I want you to do it safely with the help of my friend Christian. So check out his presentation and get started today.

I’ll be back soon with my and my colleagues’ research on how we’re going to rebuild our energy industry and make Russia the second-rate power it deserves to be.