For the last few months, I've been writing about a next-generation type of rechargeable battery that's on the verge of taking over the lithium-ion market.

This paradigm shift is happening for good reason, too, and it can be summed up with just a few simple facts.

These new batteries will charge up to 70 times faster than the current benchmark, carry up to twice the charge, and last up to three times the number of charge/discharge cycles.

Think about that that means: For the first time in history, an electric vehicle powered by such batteries will able to take on a 100% charge faster than you can fill your tank at the pump.

That is nothing short of revolutionary, and since charge delay has been one of the biggest stumbling blocks for first-time EV buyers, it could spell the end for internal combustion engines as the standard power source for vehicles of all varieties, not just the road-going kind.

Like I said, I've been writing on this topic for months, but now it seems that the mainstream media have finally caught on.

In just the last 48 hours, several articles have appeared online laying out these remarkable advancements, more or less parroting my words verbatim.

A Space-Age Material to Power the 21st Century

So what's at the heart of these batteries that makes them so different?

The answer is graphene. 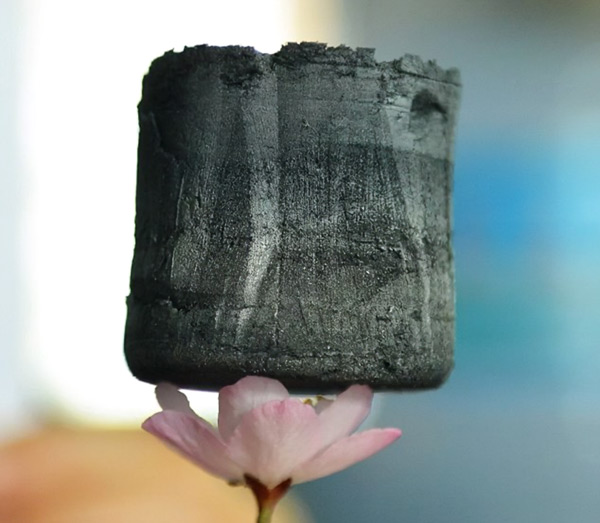 To those unaware, graphene is a carbon-based nanostructure, meaning it's engineered on a molecular level.

It won its key researchers, Andre Geim and Kostya Novoselov, the Nobel Prize in 2010, but it doesn't take an engineer or scientist to understand why it's so different.

It's 200 times stronger than steel yet weighs as much as standard copy paper.

The image above shows a clump of the material comfortably sitting atop a flower without so much as disturbing a petal.

It's remarkably conductive, and it's so versatile that it can be applied to a variety of purposes ranging from biotech to aerospace.

When a battery's cathode is constructed of the material, the result is a power-storage medium unlike anything else that came before it.

The one problem with graphene, up until now, has been that it was also extremely expensive to produce. We're talking something along the lines of $15,000 per kilogram — or about 1,000 times too expensive to be practical in mass-produced batteries.

The Economy of Scale

Now, this is where things gets really interesting.

Quite recently, an Australian firm based out of Brisbane perfected a process by which graphene can be made en masse using little more than natural gas.

The result is a huge reduction in cost, to the point where mass commercialization of a variety of battery types is now possible.

Sounds revolutionary, right? Too good to be true? Perhaps this is all just theory and we're still years away from a viable commercial product?

Guess again. This same company is already producing working batteries and sending them off to prospective clients for testing and evaluation.

If all goes according to plan, it's highly likely that EVs will start to incorporate this technology in just a few short years.

Industry experts are already predicting 570% growth in this fledgling industry by the year 2029, though in my mind this projection is highly conservative.

With zero–100% charge times for EVs of a minute or less (you read that correctly), it's likely that the entire $45 billion lithium-ion battery market will fall victim to graphene batteries before the end of the decade.

And since the EV market itself is projected to grow upward of 1,000% by 2030, that means we're looking at the beginnings of a half-trillion-dollar industry.

The Australian company I mentioned earlier is just a drop in the bucket compared with that number. With a total market capitalization of less than $300 million, the gains for early investors could be in the five-digit range by the time all of this gets going.

And even that is conservative.

On top of delivering a highly superior, world-changing product, the company is also doing it without any troublesome supply chain issues.

Lithium, which is rapidly becoming the exclusive domain of the Chinese, is the exact opposite of that.

There's obviously a lot more to this story than what you just read, so consider this just a sneak peek into the possibilities of a graphene-powered future.

Shares Are Already Trading on U.S. and Canadian Exchanges

Before you go, however, there's one last fact you should know.

This Australian company is already public. You don't need to be an insider or wealthy angel investor to profit from the graphene revolution.

You can own shares within five minutes. All you need is internet access and a brokerage account with any of today's online trading platforms.

The company trades both here in the U.S. and in Canada, and yes, people are buying.

But you can't invest until you get all the facts... and for that, I've put together a quick, fascinating video presentation that lays it all out.

From the science to the management team behind it all, you can get all the information you need on this graphene-focused firm by simply following this link.

Take your time and do your homework, but remember, if the mainstream press is already talking about it, it's only a matter of time before retail investors turn this into the worst-kept secret in the tech industry.