Next July, if all goes according to plan, there will be a brand new Tesla Gigafactory in Grünheide, Germany, near Berlin.

The plan is to go after the European EV market, which Tesla believes it's left largely untapped.

Plans have been made, permits for construction have been granted, and a final approval from the government is expected sometime this fall. 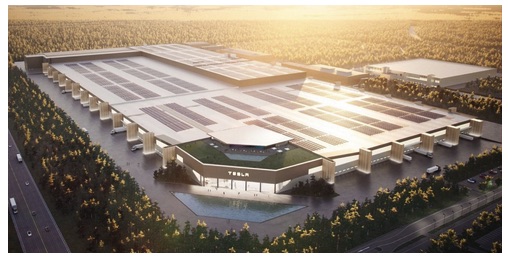 But according to a recent statement by CEO Elon Musk, filling the streets of Germany and her neighbors with shiny new S, 3, and X models might not be the whole plan.

“It is important to make the car affordable. Like the thing that bugs me the most about where we are right now is that our cars are not affordable enough. We need to fix that,” he said earlier this month. “We want to be slightly positive and maximize growth, and make the cars as affordable as possible.”

At the moment, the cheapest Tesla you can get, the Model 3, starts at just under $38,000. Not bad, but far from competitive when it comes to budget EVs.

A smart EQ fortwo, which has more in common with two Vespa scooters tied together than a full-fledged automobile, starts at less than $12,000.

If he wants to start taking major bites out of this slice of the market, Musk will have to beat them in price, and he has a plan for this, too.

A New Tesla for the Common Man?

According to some industry theorists, that new Gigafactory in Berlin is being earmarked for just such a cause. When it goes online next summer, it is very possible that its primary function will be churning out a new, cheaper Model 2 for the European market.

With Tesla already one of the world's biggest car makers by market capitalization, such a move, if executed successfully, will surely propel the company where its chief executive clearly wants it to be — a leader in production numbers.

Unfortunately for Musk, Tesla, and every shareholder, none of this will solve a bigger issue.

This issue has nothing to do with production volume, or factory space, or even base pricing. It has to do with a fatal flaw in electric motor design — and there's nothing that Elon can do about it.

One positive aspect for the rock star CEO is that this problem isn't peculiar to Tesla products.

All EVs today suffer from the same issue.

It All Comes Down to Speed

The deficiency is technical, but it has a remarkably simple explanation. Tesla's electric motors, like almost all existing electric motors in the world today, achieve peak efficiency at a single hard-wired rotational speed.

Go faster or slower, and power output, compared to power input, starts to drop off. This "ideal speed" cannot be changed without rebuilding the motor.

This shortcoming is neither new, nor a secret among engineers.

This flaw plagues all traditional electric motors and has since the very advent of the device all the way back in the 1820s, when Michael Faraday first pioneered the technology.

I used the word "traditional" just now because, quite recently, a Canadian tech firm patented an innovation that solved this problem and, in doing so, effectively created the first true successor to the original Michael Faraday design. 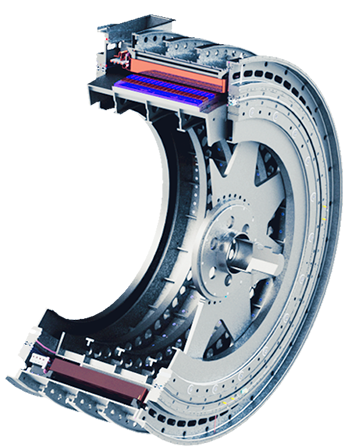 The new technology uses artificial intelligence to regulate the flow of charge into the motor's coil, allowing for optimal performance at any speed. The result is up to 8% more power, with a commensurate increase in service life as less energy is transformed into heat.

Eight percent might not sound like much, but when you consider that more than half of all the kilowatt hours produced on planet Earth wind up in one variety of electric motor or another, the difference is quite dramatic.

From Wrist Watches to Cargo Ships... Electric Motors Drive Everything

This new technology is already finding its way into consumer products via licensing deals. Electric bikes and electric boats are among the first to hit the market, but more are on the way.

Soon, there will be trains, electric conversion kits for gas-powered cars, and even a generator adaptor for wind turbines that will boost electric output.

If I called this the most important tech innovation of the last decade, I might be understating the importance of this patent and the company that brought it to life.

The problem for Elon and his cohorts, however, is that they don't own this patent and, as of today, have no licensing deals.

Now, here's the most incredible part of all of this: The company behind it is already publicly traded, but the story has remained largely uncovered by the media and its stock can still be bought today for less than a dollar.

I recently completed a detailed presentation on the company and the technology. I urge you to look at it as soon as possible before the media gets its claws on it and turns this story into headline news.

Click here to get an exclusive glance at the presentation.