Hypermiling is a very specific, highly unpractical style of driving that maximizes driving range by driving as efficiently as possible.

In this case, "efficiently as possible" required the testers to remove every speck of unnecessary weight from the vehicle's interior and then drive at an average speed of 27 mph for more than a day.

Not your most typical driving, even if you live in a major metropolitan area and have to brave the rush hours twice daily, but the point was made.

Electric cars can travel substantial distances without needing recharging — and no hypermiling is necessary to get outstanding results.

Any standard Lucid Air, available for purchase today, should be able to make 520 (standard speed) highway miles on a single charge.

That's better than just about any internal-combustion-driven vehicle can do before having to refuel.

Range Is No Longer the Problem

My own four-cylinder, turbocharged Infiniti QX55, which my wife insisted we get for its near 30 mpg fuel consumption rate, will barely crack 450 miles on a good day.

The problem, however, for many prospective EV buyers, isn't the range at all.

It's the time required to charge.
Right now, the Lucid Air also happens to hold the record for the shortest charge times, with a 300-mile range being achievable through a DC fast-charging station in as little as 20 minutes.

That's still about 10 times longer than anybody anywhere needs to wait to fuel their car at any of the 150,000 or so gas pumping stations in the U.S.

And if you're charging at home, you can forget about it. A full charge will take hours and most likely be best left to be done overnight.

Why Gas Is Still King

There simply is no instant charge option available today that will compete with fuel-driven vehicles.

All of that, however, is about to start changing.

While lithium-ion power may have begin to approach its technical limits, research into brand-new cathode manufacturing has yielded one potential successor that could end the EV/ICE tug of war once and for all.

Instead of lithium, these new batteries are using a space-age material called graphene. 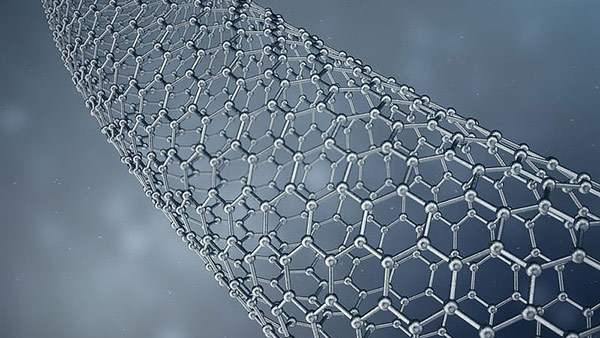 Graphene, if you've never heard of it, is a super-conductive carbon nanostructure, meaning it's engineered on a molecular level.

Two hundred times stronger than steel yet as light as paper, graphene has applications in everything from biotech to aerospace, and will likely become a trillion-dollar industry in its own right in the coming decades.

For batteries, however, graphene is nothing short of a godsend.

Testing has already revealed that charge times for production graphene-aluminum ion batteries may be up to 70 times shorter than with similar-capacity lithium-ion battery packs.

Empty to Fully Charged in One Minute?

That would allow, for the first time ever, zero to full-capacity charge times shorter than fueling times.

Such an innovation would immediately erase the last speed bump of resistance for millions of potential EV buyers.

Not only that, but many of lithium's reliability and safety issues would be addressed as well, with graphene batteries expected to boast a service life of up to 3 times as long as the current standard.

So where are these magical batteries, you might ask? Are they a theory? Perhaps a figment of some engineer's imagination?

Neither. The first production of these batteries is already rolling off the assembly line in Brisbane, Australia.

The company producing them was able to do so because it also patented a new method of production for graphene itself, which, up until that point, cost thousands of dollars per pound to produce.

This company did it by figuring out a way to make graphene directly from natural gas — an exceedingly abundant raw material.

This gives the new graphene batteries one final, critical benefit over lithium: No complicated supply chains.

Lithium... It's More Dangerous Than You Think

As China rushes to close the vice down on global lithium exploration and mining, this factor will become more and more relevant.At the moment, the company holding these patents is focusing on small-scale rechargeable batteries.The plan is to send them off to manufacturers for testing and evaluation, after which point, if all goes as expected, it will be onward to wide-scale commercialization and diversification of product types.Soon enough, you will be seeing graphene batteries in everything from your phone, to your wireless speaker, to your car.For now, however, all of this remains mostly a secret... known only to industry insiders and professional investors.I don't expect it to stay that way for long, though, for two reasons.First of all, the level of improvement over the current benchmark is simply too dramatic to keep ignoring. Nearly instant charge times will literally change the world.But the second reason is that the stock can be bought by anybody with access to the internet.

Publicly Traded... But Not Publicly Known

Yes, the company is public. All you need is the ticker symbol and you could own it in just a few minutes.A couple years from now, that investment could be your retirement. Sometimes it's really that simple.There is, of course, much more information on this company, the technology, and the stock.This story is too important to leave research up to chance.That's why I've compiled everything you need to know into one fast, easy-to-understand video presentation.It takes a few minutes and gives you all of the information and explanations. You won't need to be convinced by the time you're done seeing it.You'll know for yourself the importance of this new technology.Access is free, instant, and does not require any emails or registrations.Just click and watch and see for yourself.