Is Tesla's Board About to Give Musk the Heave-Ho?

To those who knew the facts and staggering figures behind the controversy, the following shouldn't be surprising in the least.

But, just in case you're not privy to the details, a bit of background: Two years ago, Tesla CEO Elon Musk, then 46 years old, was approved for the biggest compensation package ever awarded by a company to an executive.

Each "target" is defined by an additional $50 billion being added to Tesla's valuation.

If all 12 are met, and the company hits a market capitalization of $650 billion, then Musk's ultimate compensation windfall is unlocked — giving him a total payout of $55.8 billion. 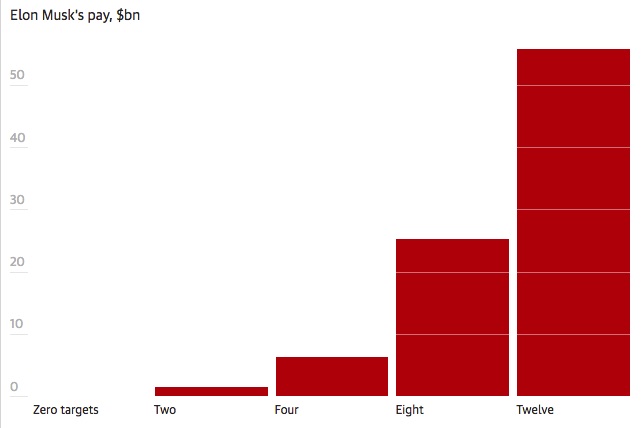 As mentioned earlier, this was approved back in early 2018.

About one month ago, Musk hit the first milestone and earned his first payout tranche — a relatively puny $720 million, for guiding Tesla towards achieving and maintaining a $100 billion market capitalization for a period of six months.

As of June 1, with its stock trading at $1,130, Tesla's market cap stands at a hefty $209 billion. If this is maintained for another half year, the payout structure will trigger two more large bonuses.

Nine more and it's a done deal: Musk gets his hands on an 11-figure bonus that just slightly exceeds the GDP of Croatia.

Mind you, his net worth is already greater than $40 billion — more than double what it was when this series of incentivized bonuses was first given the go-ahead by the board back in the spring of 2018.

Shocked yet? Well, according to U.K.-based Pirc, Europe's largest independent corporate governance and shareholder advisory consultancy, this is far, far far too much.

In fact, in a recent article published in The Guardian, Pirc strongly advised that based on the egregious nature of this bonus structure, coupled with Musk's ongoing Twitter shenanigans, the board would be wise to get rid of him altogether.

Quoting the official statement: "The board, including CEO Elon Musk, awarded themselves excessive compensation packages over a three-year period that allegedly allowed directors to ‘enrich themselves at the company’s expense’." And that Musk, specifically, posed “a serious risk of reputational harm to the company and its shareholders.”

The British are not known for being emotionally effusive, so words of this nature, coming from an organization like Pirc, must be taken seriously.

What Tesla's shareholders decide to do with their primadonna frontman remains to be seen, but the truth is this is only the surface of the problem for Musk and his beloved electric car company.

Though demand for Tesla products is at all-time highs, and new, even more exciting models are on the way (a brand new Roadster, with sub two-second 0–60 time, and a 600-mile range is scheduled for release this year), the whole system may be in jeopardy.

The reason behind this potential disaster has nothing to do with Elon Musk or his stock options, but, if it comes to pass, he will surely take the lion's share of the blame.

The problem plaguing the entire Tesla line is an issue with the motors themselves.

Each current Tesla model is powered by a pair of electric motors — each producing up to 250 horsepower and 243 pound-feet of torque.

This is a lot of power coming from something the size of a five-gallon water jug, but it's inside of each of these cylindrical beasts that the problem lies. 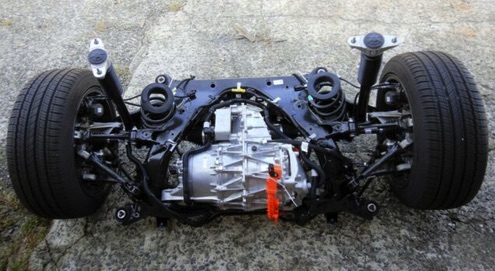 You see, Tesla's motors, for all their power and fame, are nothing more than updated versions of the very first electrical motor prototype — a device that goes back 200 years.

They're bigger, more powerful, and constructed of modern materials but all of the essential components are the same. There is a copper coil wound around a spool, housed inside of a metallic casing, surrounded by magnets.

Put a charge through that coil, and the spool spins.

This is the way it worked when Michael Faraday first invented the device in the 1820s, and it's the same today. The same holds true for the smallest electric motors (like the kind that vibrate your smartphone) all the way up to the largest in the world (like the kind that power today's biggest cargo and cruise ships).

The problem is that these motors only function at optimal efficiency at one set speed. Go faster or slower, and power and efficiency begin to drop off. When efficiency drops off, resistance goes up. That leads to a build-up of heat, wear and tear, and everything else that shortens the lifespan of any mechanism.

The End of the Status Quo

Up until now, this is a problem that everyone simply lived with. There were no alternatives on the market, so the playing field was level.

But now, all that is changing.

Quite recently, a small Canadian tech company applied artificial intelligence to the process of charge management. Instead of blindly shooting electrons into the copper coil, power is now applied with precision, and constantly moderated based on motor speed.

The result is a dramatic increase in power across the entire performance spectrum. This added efficiency also means less wear and tear, fewer breakdowns, a longer service life.

All told, this new generation of motors — the first true evolution of the device since the first prototype — can produce as much as 8% more power for the same charge.

Coupled with the improvements to reliability, it's a quantum leap for the technology.

It's also a potentially deadly problem for every electric car maker that's invested billions in the old technology.

And Tesla, Elon Musk's most valuable asset, is the biggest one there is.

To be clear, this isn't just an experiment. The company behind this innovation isn't just researching this solution. It's not just developing a prototype.

Machines equipped with this technology have already hit the commercial market.

It started with electric bikes and electric boats, and in short order, licensed applications of this technology will start finding their way into high-speed trains, wind turbines, and a laundry list of other consumer and industrial products.

That leaves Elon Musk with a decision... adapt or die.

Or maybe he'll just take those huge bonuses and leave Tesla altogether to focus on some of his other projects.

Only time will tell where he goes. What is certain, however, is that the company that owns the patents to this AI technology will disrupt a dozen industries in the next few years.

You've probably never heard of it, but here's the biggest surprise of them all: its stock is already public, trading for less than a dollar, and available for purchase on any online brokerage.

Click here for the ticker symbol and the rest of this amazing story.