How to Make Jeff Bezos’ Loss Your Gain

Wow! What a terrible year to be a billionaire, huh?

I mean if there’s ever a bad time to be a billionaire, that is.

Just the other day, while the markets punished every stock out there, Jeff Bezos, multibillionaire founder of Amazon.com, lost a whopping $8.5 billion.

That’s a lot of money to lose in a single day.

But it’s not even close to the total amount he’s lost this year. That’s up over $60 billion!

And that’s just a pittance compared with the combined losses of all Amazon investors in 2022.

That number comes in around $675 BILLION! 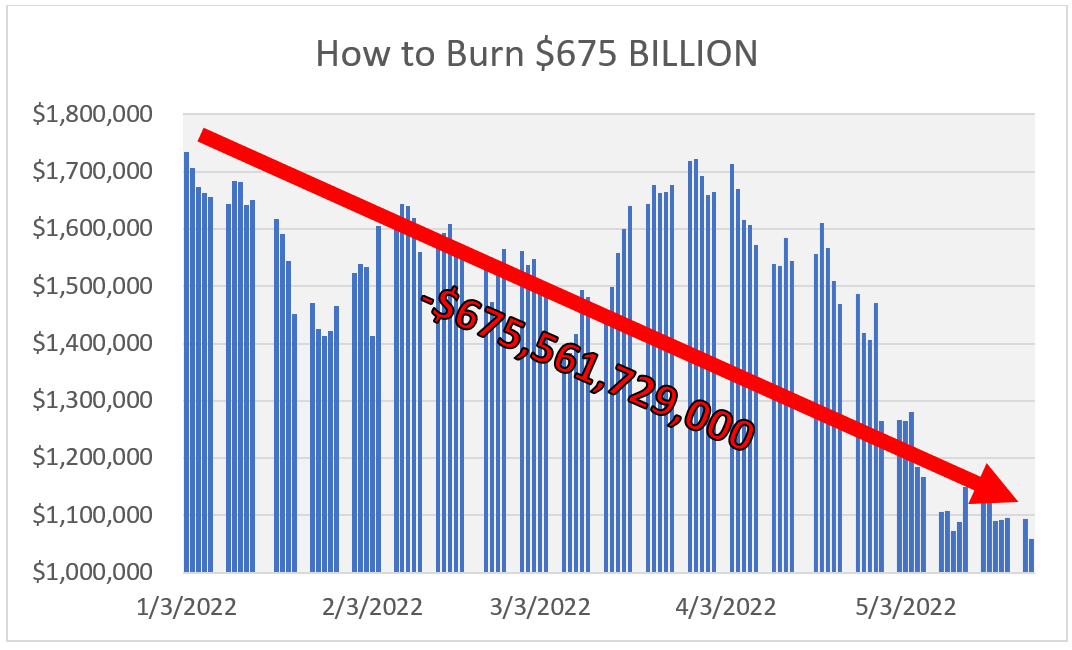 Now, I’m not telling you so you feel bad for him, though. I mean, he’s still a billionaire. He's still doing all right.

I’m actually telling you because while Jeffery and the rest of Amazon’s shareholders are getting run through the wringer, another group of investors is cashing in on a multimillion-dollar payout.

And the cash is coming almost directly from Amazon’s bank accounts!

Getting Paid No Matter What

You see, this group of investors saw how big Amazon had been getting. And they knew they wanted a piece of that action.

But they didn’t want to risk being part of the group that just lost over half a trillion dollars. Can you blame them?

So they set out to find a way they could profit from Amazon’s growth WITHOUT getting punished for its failures.

And so far this year, while Amazon’s shareholders have lost nearly the entire market cap of Berkshire Hathaway, this group of investors has collected $585 MILLION in extra income!

How’s That Help YOU?

But that’s not the whole story. If it were, there wouldn’t be much point in me telling you about them.

Because if you can’t repeat what they’ve accomplished, why would you even care how much money they’ve made?

I guess it’s interesting to hear, but I’m here to do more than keep you interested. I’m here to help you make market-beating returns.

I’m here to help you get in on investments like the one that’s paying out “Amazon profits” while Amazon investors take bigger and bigger losses.

And that’s exactly why I’m telling you about this group today… Because there’s time for you to join them and get your share of the next payout!

But I’m also telling you today because there isn’t much time until the next payment is calculated.

Come June 14, they’re going to start splitting up the next jackpot.

Everyone who’s on the “list” before the close of business that day gets a share of the prize.

Anyone who enrolls just a single second late will get nothing.

Because, if my calculations are right, this one will double the total for 2022!

That’s what I just said. Double it!

These payouts have already added up to about $585 million this year. And if this one is going to double that amount, then we can use some very simple math and conclude that…

This payout — this single payout — is worth a whopping $585 MILLION!

Imagine what you could do with that kind of loot.

Shoot, imagine what you could do with even 1% of that kind of money!

You’d be a millionaire without a care in the world.

That sounds pretty good to me.

If it sounds pretty good to you too, then I highly suggest you get your name on the list TODAY.

But there are also a million things that could come up between now and then to distract you.

Take some time out of your schedule right now and get yourself enrolled for the next payout.

Remember, it’s coming on June 14 whether you’re getting it or not.

I’d really prefer you got a piece of this pie, though.

So I hope you’ll take advantage of the opportunity today.

And keep an eye out for my articles.

I’ll be back next week with more ways for you to profit no matter what the market is throwing your way.