Night of the Living Fed 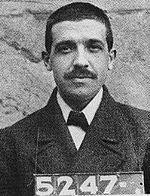 As QE 2 prepares to set sail, the Federal Reserve has plenty of doubters

Among them are bond guru Bill Gross and famed investor Jeremy Grantham.

The U.S. central bank's bond asset purchasing program "is in fact inflationary, and, if truth be told, somewhat of a Ponzi scheme," Gross, wrote in his monthly investment outlook posted on Pimco's website on Wednesday.

"It raises bond prices to create the illusion of high annual returns, but ultimately it reaches a dead end where those prices can no longer go up," said Gross, who manages the world's largest bond fund.

The Fed is expected to announce another round of large-scale asset purchases when it holds its next policy meeting on November 2-3, after already deploying $1.7 trillion to pull the economy out of the financial crisis.

Gross said the United States is in "'a liquidity trap,' where interest rates or trillions in asset purchases may not stimulate borrowing or lending because consumer demand is just not there."

"I would force (the Fed) to swear off manipulating asset prices through artificially low rates and asymmetric promises of help in tough times -- the Greenspan/Bernanke put," Grantham wrote to clients on Tuesday. He referred to Fed Chairman Ben Bernanke and his predecessor, Alan Greenspan.

"It would be a better, simpler and less dangerous world, although one much less exciting for us students of bubbles," Grantham wrote in a report titled "Night of the Living Fed," in a play on the traditional scary Halloween season.”

The last gasp from the Ponzi scheme is about to be expelled...

Commodities are Poised to Head Higher

The World According to Bill Gross Part 3