The terms of the agreement will compel Keurig Canada's parent company, Keurig Dr. Pepper Inc. (NASDAQ: KDP), to pay just over USD$3 million in varying penalties (including a mandatory donation to an environmental charity) and court costs, as well as alter the company's marketing language pertaining to the recyclability of Keurig coffee pods.

So what's the issue at the heart of this matter?

Essentially, the Canadian court found that Keurig was being misleading when it claimed that its products were recyclable, as the plastics used in the pods was not acceptable by municipal recycling facilities outside of British Columbia and Quebec.

This settlement comes on the heels of a similar case in California, which also ended by settlement, in October of last year.

Though these fines and penalties will likely have little effect on KDP's revenue of $11.6 billion per year, it does underscore a pretty shocking fact about today's efforts to curb our use of plastics.

Corporations Are Lying to You... Surprised?

The bottom line is this: The companies doing the most harm by putting the largest volume of unrecyclable, non-biodegradable garbage into the ecosystem are also doing everything they can to do the absolute minimum in adhering to legislation.

In the case of Keurig, it was actually less than the minimum... for which they will now pay about 0.027% of the company's annual revenues as a penalty and agree to change some wording.

On the other side of the equation, however, is the more than 50 billion coffee pods that Keurig and its competitors are putting into the market — and, in turn, into the world's landfills and oceans — each and every year. 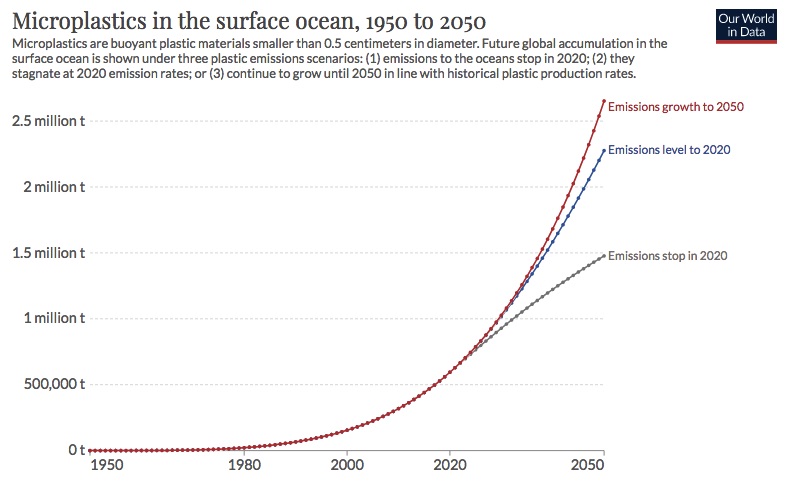 Those pods, as well as every other bit of single-use plastic we don't recycle, will continue to slowly leach toxic chemicals into the seas and groundwater for decades, even centuries to come.

It's hard to put a price tag on exactly how much damage this will do, but a brief list of physiological problems that molecular plastic can do to the anatomies of various organisms is fairly shocking.

This Is What Keurig Paid $3 Million to "Fix"

Possible effects range from birth defects to gastrointestinal problems to life-threatening allergies to a host of cancers.

The solution is clearly not going to be found with meaningless fines or public slaps on the wrist, such as the kind Keurig had to endure last month.

The solution has to be something that replaces plastic altogether.

And when I say replace, I mean truly replace on every functional level. It has to be as tough and durable while remaining easy to work with and affordable to produce.

This new material has to be able to be able to sit on a shelf for months or even years and then withstand the high temperatures and pressures that every coffee pod is subjected to inside a Keurig machine.

And when it's all over, the single-use container must biodegrade. Without all of those features, no solution has a chance in the marketplace.

Durability, affordability, and compostability. It seems like a bit too much to ask for from a single material, but right now, there is a solution in the works.

Not surprisingly, it's another Canadian company that's coming to the rescue with what could be this century's most important development in single-use consumer products.

Plastic 2.0, as I've come to call it, is made from 100% organic raw materials, fits the bill on every design requirements, and also promises to biodegrade at the speed of — get this — an apple core.

The Next Plastic Isn't Plastic at All

In more precise language, that means that a coffee pod made of this new material should be expected to fully return to the environment, through natural decomposition, within 60 days of being discarded.

The company behind this remarkable new material chose the coffee pod as the pilot product specifically because of the high physical loads that the job demands.

If it can handle the conditions inside of a Keurig, the material will certainly work in less taxing applications, such as disposable plates and cups and silverware.

So who owns this wonder material? Is it some chemical giant or multi-billion-dollar conglomerate with interests in half a dozen different sectors?

Hardly. This company does one thing and one thing only, and that's develop this material for mass commercialization.

It's market capitalization is barely USD$50 million. It's literally 1/100,000th the size of the industry it now stands to disrupt.

But make no mistake. Within a few years, maybe a decade, that entire industry may look very, very different.

Between the legislation pushing for change and the popular support of a cleaner, healthier global ecosystem, the demand for plastic 2.0 is nothing short of overwhelming.

Get the full story on the company that's going to bring it to you.