Why This Stock Will Jump 42%

One sold every 38 seconds during the month of August.

No, not Washington lobbyists...

They are selling like hotcakes. All Fords are. In fact, Ford is selling so many of its Fusion models that it had to add a shift and hire 1,400 workers at its Flat Rock factory outside Detroit. That's in addition to the 3,000 salaried employees the automaker is hiring.

August car sales in the United States clocked in at 1.5 million. That's the highest they've been since the financial crisis five years ago.

What's more, car sales are on pace to hit 16 million for the year.

Yep, the era of great American automobiles is back — and it's being led by the greatest of the American car companies, Ford Motor Co.

This isn't an underdog story about overcoming long odds to find success...

No, this is an American story of hard work and innovation. And this story could be worth a quick 42% profit for you over the next few months.

Down, But Not Out

Ford never took any TARP money during the financial crisis, even though car sales fell 43% in 2009.

In part that's because CEO Alan Mulally raised cash in 2006 when times were good. It was enough to get Ford through, but it didn't make the company successful today.

What sustained Ford was, well, sustainability.

Now that gasoline has gotten much more expensive, Bill Ford's demand that his cars become more fuel efficient is paying off.

So was his decision not to cut research and development for engineering and new technology, like electric plug-ins and hybrids in 2008 and 2009. It's easy to see the result in the mid-size Ford Fusion. 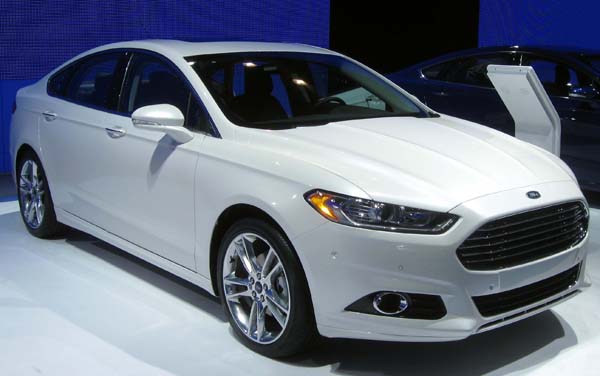 U.S. News and World Report calls the Fusion the “Best Car for the Money.” It sells for $2,000 more than a Toyota Camry.

Fusion sales are up 13.4% this year. In some cases, Fusions are selling in 20 days — three times faster than the industry.

Ford will sell 300,000 Fusions this year... and it might even wrest away the #1 spot from the top-selling Camry.

Nearly two-thirds of the hybrid sales came from conquest buyers, people who traded in other car brands. Highest on the trade-in list? Toyota Prius and Honda CR-V.

So far this year, Ford's stock has increased more than 25%, and the stock is still extremely cheap.

It trades with a forward P/E of just 10. It has made $8 billion in operating profits for four straight years.

It recently raised 2013 estimates, and I think Ford will raise its 2.4% dividend in October.

But there's another catalyst poised to push Ford shares higher...

Europe. Ford lost $1.7 billion in Europe last year, and it thought it would lose $2 billion to the Eurozone recession this year.

But Ford is gaining market share there — and has already cut its 2013 loss estimates by 10% to $1.8 billion. (I expect the loss will be even less than that.)

Those savings go right to the bottom line.

Right now, I think you should own Ford stock.

At $17.50 a share, it has one of the best combinations of value, safety, and upside of any stock on the market.

In fact, I think the stock has real good shot at hitting $25 over the next six months...

You can enjoy some excellent profits, as well as cheer for a great American company.