Amazon Users Juke System to Extract an Extra $60,000 a Month

People are always looking for a loophole to make life easier. There are countless titles for sale at bookstores with the words “life hack” in them. And there have to be at least 10,000 times as many articles online about hacks, from how to slice grapes to how to make an extra income.

So it should come as no surprise that folks have found one such loophole in Amazon’s system that can help them collect as much as $60,000 a month from the e-retail giant’s platform.

Check Your Conscience at the Door

You see, greed is a powerful motivator. And it can get people to do things they might normally frown upon. Things like blatantly lie to others.

Human history is rank with examples. One of the most recent is Bernie Madoff. He lied to his whole family for nearly two decades while running the biggest Ponzi scheme in history.

Bernie’s price tag was in the hundreds of millions (per investment). But some people will check their morals at the door for far less. And Amazon sellers have caught on.

Now they’re spending as much as $10,000 a month on a scheme that grows their “investment” six times over. 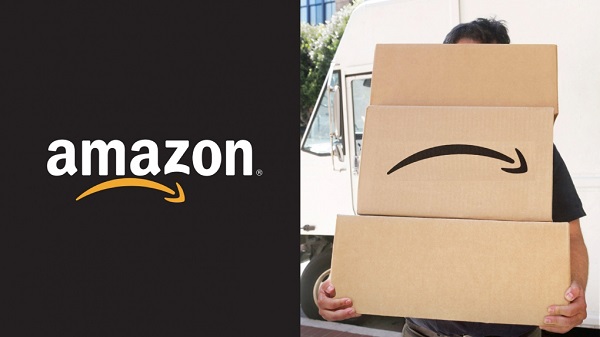 How it works: Sellers on Amazon go fishing for customers with ads on social networks like Facebook. The ads offer free products. And once the user clicks on them, a chat window opens. The seller uses one of many methods to convince the customer to help them out. And the customer gets a free product in exchange for a five-star review (no matter how terrible said product actually is).

Like I said, you’ve got to have flexible morals or just be willing to check your conscience at the door.

The most common explanation of why it’s okay to help these sellers is that they’re small businesses trying to get a foothold in the marketplace.

Sometimes customers are told it’s a husband and wife just trying to feed their family. Other times, it’s a mom and pop still working in retirement to pay medical bills. However it comes out, it tugs on the heartstrings for sure. Even though they’re asking you to lie.

One paid shopper even said she doesn’t feel like she’s cheating the system but actually helping small companies grow their business. Sounds like this one is so good at lying she’s starting to believe her own.

But the truth may be darker than just people paying other people to lie...

The majority of the sellers using this scheme are Chinese. Not Chinese-American. Chinese living in China.

Now, I’m not saying that Chinese are untrustworthy or that only once they move to the States can you trust them.

I’m just saying that Chinese businesses in China have and continue to do a lot of shady things to get ahead. They don’t recognize American patents. They consider it a form of R&D to strip down products from other countries to see how they’re made. And they’re notorious for selling knockoffs as real.

So what’s to prove that these mom-and-pop sellers from China aren’t actually just employees of Alibaba? Or, to take it one step further, what’s to prove they’re not working for the Chinese government in an attempt to scam money from the American company’s customers?

Absolutely nothing is the answer to both of those questions.

Either way, they’re tricking their fellow Amazon shoppers out of hard-earned money just to get a little reward themselves.

The Alleged Cheapest and Easiest Way

Unfortunately, these people think cheating is the cheapest and easiest way to make money on Amazon. And that’s incredibly detrimental to anyone playing by the rules.

Now, Amazon claims that reviews and ratings don’t affect where your product falls on Amazon’s search page. But the number of products sold does. And according to research by e-commerce consulting firm Pattern, a one-star increase in your rating translates into a 26% increase in sales for that product.

That gets you higher up in Amazon’s search results. In turn, it can mean the difference between selling $60,000 a month or selling nothing.

In its study, Pattern found that in the men’s sunglasses category, the top five vendors in the search results rake in $60,000 a month on average. The top 10 average about $53,000. And items on the first page of search results make about $42,000 a month.

How to Spot a Fake

There are a few ways to spot fake reviews on Amazon and protect yourself from falling victim to this scheme. Here are a few.

But remember, even if you’re diligent, these scammers are getting very good. And it’s getting tougher to spot their lies.

The easiest way to avoid them is to assume that if a product by a brand you’ve never heard of and can’t find online is reviewed as high as one by a company like Apple or Samsung, it’s probably fake.

And if you’re not in the mood to check your conscience at the door and operate on morals that are flexible at best, but you still wouldn’t mind making some extra money off Amazon this year, keep reading for your chance to claim a share of nearly $1.5 billion...

The Real Cheapest and Easiest Way

Cheating may seem like the best and easiest way to make money from Amazon for these people. But that’s because they aren’t privy to the information I’m about to share with you.

But you can still get a slice of an Amazon payout pie worth nearly $1.5 billion. That gives you the potential to bank as much as $48,000 (or more) in extra income. And not just this year, but every year after as long as you want to participate.

It’s called Prime Profits. And the payouts are spectacular...

It costs a lot of money to keep a company the size of Amazon running smoothly. And Amazon pays a ton of money to make sure all the wheels keep turning.

Think of it like a tax. If Amazon wants to keep growing, it has to keep paying. And part of that tax is being paid out to regular folks like you and me.

It’s been going on for a while now. And the Amazon payouts have gotten larger every single year. In 2019, the total is almost $1.5 billion. In 2020, it’ll be even higher.

So far, they’ve grown at about 16% per year for the past six years: 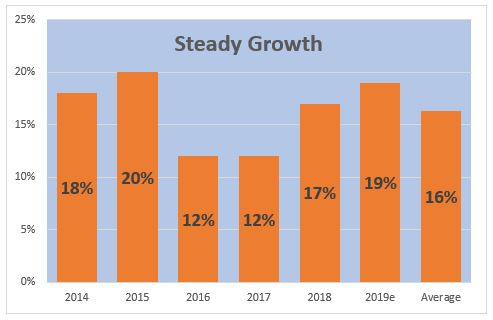 But there’s still room for more participants. And as you can see, the growing pile of cash is more than enough to share.

If you’re even one second late, you’ll be paying holiday bills in January while others are spending their newfound wealth.

Do yourself a favor and don’t wait. December 13 sounds far away. But Thanksgiving is next week. December starts the week after that. And by the end of the second week of the month, the deadline will already have passed.

So take a few minutes out of your day today to get all the information you need to cash in on the massive payout coming December 13.

Just click here and you can view a presentation my partner and I put together.

You can also access a written report detailing the opportunity by clicking here.

As usual, I just want to make sure you get the information before it’s too late to act.

And you can get yourself set up for those life-changing payouts as soon as you’re done.