A Brief History of a Plague

When it first appeared on the global stage, HIV terrified doctors, politicians, and ordinary folks all over the world.

When I talk to older gay people who lived through the worst of the epidemic, it’s like listening to war survivors — friends and lovers dying left and right, suddenly, meaninglessly, heartbreakingly.

Nearly 40 million people have died of AIDS, the medical syndrome that follows HIV infection, since it was discovered decades ago. Another 40 million currently live with it, mostly in sub-Saharan Africa.

Luckily, scientists developed a treatment that could stave off the worst effects of the virus. Later, researchers developed medications that kept viral counts so low people could lead normal lives. Right now uninfected people on pre-exposure prophylaxis (PrEP) can’t even be infected.

But while these medicines can do remarkable things, the fact that people need to take them daily proves a challenge for those without easy access to medical care, or who don’t take their meds, or who don’t even know they have HIV. 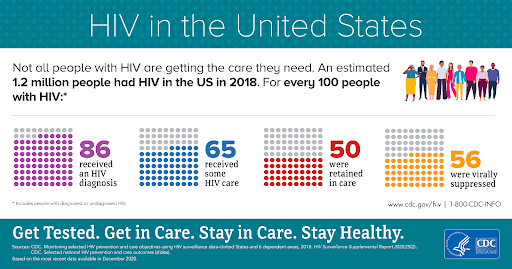 A handy infographic demonstrating how far we have to go.

Which is why Moderna’s new HIV mRNA vaccine, which started clinical trials for humans a few weeks ago, is such a potential game-changer.

Where We Are Now

The last two years, though intermittently nightmarish, have also been incredible for the field of vaccine science. And you’ve probably heard why.

mRNA vaccines, after 25 years of intense research, have finally been released to the public.

And they work! Pfizer's and Moderna’s vaccines were highly effective against earlier COVID strains; they’re working on omicron boosters as you read this article.

While the science can feel confusing at first, it doesn’t have to be.

mRNA helps our bodies make proteins, turning the directions encoded in our DNA into a form that our cells can actually read.

mRNA vaccines give our cells directions on how to make a small, harmless piece of a virus — typically some very visible section of the shell. When that mRNA is read, our immune cells perceive the resulting proteins as an invader pathogen. 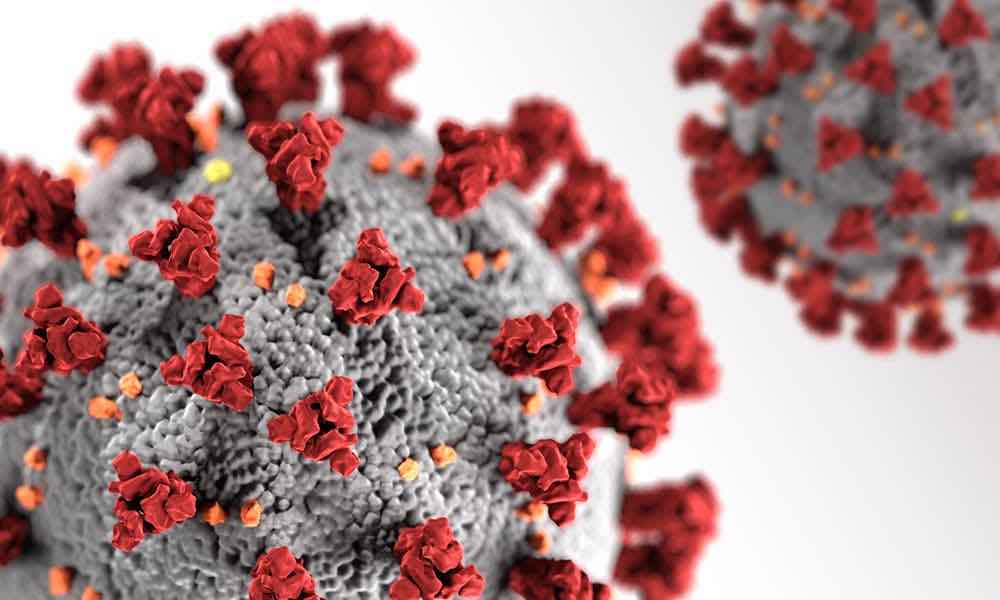 Just pull the crowns out, chop them up, and bake for an hour at 350 degrees.

This is why you’ll get a fever or muscle aches — your body is briefly going into microscopic-battle mode.

But the vaccine can’t actually give you COVID — it doesn't include any DNA or anything that can infect you. Once your immune system is done analyzing, attacking, and remembering those little severed proteins, you should be protected if COVID ever gets inside your system — your B cells can start pumping out antibodies almost immediately.

But it is also radical.

Previous vaccines required an attenuated version of a pathogen. Acquiring one can be a long, complicated process.

But with mRNA, scientists don’t need to spend years fidgeting with a specimen to make it dead-enough-but-not-too-dead to be safe yet effective. Or months growing the vaccine in eggs. 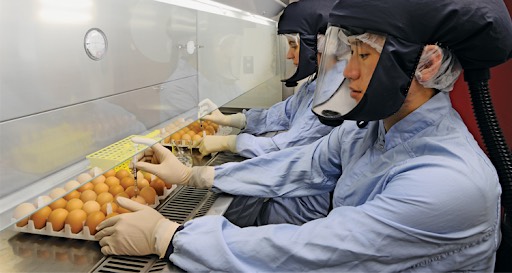 Is it me or does this feel dystopian?

mRNA can be developed quickly (just build the directions!), it can’t be infectious (it’s got no DNA!), and it can be highly specific (pick a protein, any protein!).

This is so revolutionary, scientists think mRNA vaccines might usher in a new age of medicine, helping us tackle diseases that so far have proven elusive.

A Vaccine on the Horizon?

Scientists have spent 40 years trying to develop an HIV vaccine. And while that work has done a lot to push forward the field of vaccine research, it has yet to succeed in its mission.

Yet Moderna’s mRNA vaccine, which encodes for a pair of proteins (Env and Gag) that are generally conserved across HIV mutations, produces “virus-like particles” that can train the immune system to make “broadly neutralizing antibodies.”

The results so far are stunning. Among vaccinated monkeys, per-exposure risk of HIV infection decreases by 80%. 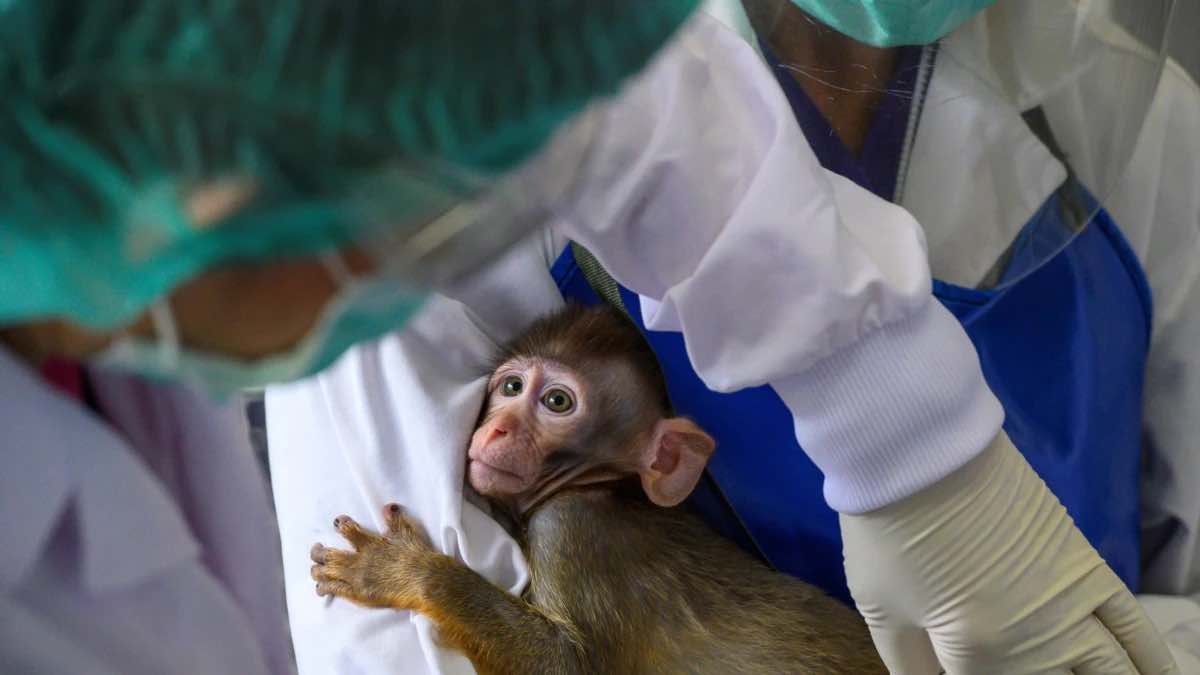 You’re adorable. Thank you for your sacrifice.

If clinical trials reveal similar levels of protection in humans, this could do a LOT to curb the one and a half million new HIV infections a year. Given that a quarter of infected people don’t have access to antiretroviral treatment, this would mean hundreds of thousands of lives saved and, hopefully, an end to this “endemic pandemic.”

The Future Is on the Way

Of course, it’s possible that Moderna’s vaccine isn’t going to be the breakthrough we are hoping for.

Perhaps the transition from macaques to humans will render the mRNA ineffective. Perhaps Moderna will have to go back to the drawing board.

Perhaps we'll have to wait a little longer.

But the fact that an HIV vaccine feels so close is a good sign that this technology is about to upend the field of medicine for the better and give us more precision than we’ve ever thought possible.

Researchers are talking about targeted therapies for cancer, vaccines for rabies and hepatitis C, even mRNA treatments that can repair heart damage by stimulating new blood vessel growth. Keith Kohl has written more extensively on the potential of mRNA, and you can read his report, as well as his coverage on many other biotech developments, by signing up for his Topline Trader publication here. He discusses one company already in Phase 2 trials of two revolutionary mRNA-based cancer therapies that would completely upend oncology — anyone interested in the power of mRNA would be wise to follow the link.

We are entering a new technological age. Medicine is one part of it. There’s also genetic engineering, artificial intelligence, quantum computing, and sustainable energy.

The future is on the way. And we’re very excited to keep on telling you about it.