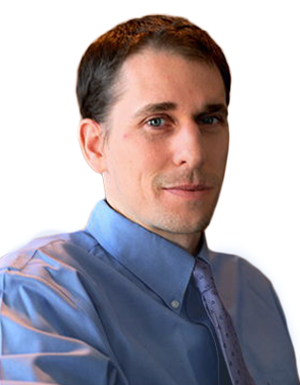 Jeff Siegel's been active in the financial publishing business since the mid-90s.

A true capitalist, Jeff has made his fortune in what's known as socially-responsible investing, focusing primarily on alternative energy and transportation markets, sustainability, legal cannabis, and agriculture. He's a regular on the conference circuit, and every now and then you might find him appearing on Fox, CNBC, or Bloomberg.

From 1994 to 2001, Jeff worked for Agora Publishing, one of the largest financial newsletter publishers in the world, before packing his bags and traveling across the globe in search of mega-trends and his own version of nirvana...

He found both in the world of "green" markets.

Jeff's early analyses of alternative energy and socially-responsible investing drew much criticism from the status quo. His unapologetic capitalist spirit, and abrasive nature didn't earn him many accolades from colleagues, either...

But after accurately predicting dozens of trends in the ever-changing landscape of "green" market investing, many have since traded their preconceptions of socially-responsible investing for profits.

Often declaring, “Capitalism is a catalyst for positive change,” Jeff continues to spot the most lucrative renewable energy, organic food and cannabis companies in the world. And his thousands of loyal readers have made small fortunes in the process.

Each week, Jeff shares the latest in "green" market news as well as his own market updates and recommendations.

Jeff also works as a consultant, has been a featured guest on Fox, CNBC, and Bloomberg Asia, and is the author of the best-selling energy book, Investing in Renewable Energy: Making Money on Green Chip Stocks and is the co-author of Energy Investing for Dummies.

How to Profit From the Texas Energy Crisis

Investing in the Transition of Texas’ Energy Economy

Investing in Psychedelic Medicines That Could Treat Alzheimer’s

How Non-Accredited Investors Can Profit From Public Offerings

How to Become the Next Teslanaire

Vikings, Teslas, and the Quest for the Perfect Electric Car Stock

It was Stupid to Underestimate Jaguar Health (NASDAQ: JAGX)

How I Made a 1,200% Gain on a Single Psychedelics Stock

Investing in the Shroom Boom With These Psychedelic Mushroom Stocks

Posted on November 26, 2020
Buffett's Envy: 50% Annual Returns, Guaranteed
Warren Buffett once told investors at an annual shareholder meeting, "...it's a huge structural advantage not to have a lot of money. I think I could make you 50% a year on $1 million. No, I know I could. I guarantee that."