Why Retail Investors Are Missing out on the Biggest Gains

Retail trading has made a comeback! At least that’s what they tell me. And judging by the statistics, I’d say they’re right.

Retail investors are changing the way the market works. They now account for as much trading activity as hedge funds and mutual funds combined.

And most of that happened over the past year or two…

And this year, it’s only continued to grow. On high-volume days in 2021, retail investors have made up as much as 32% of the trading activity. On regular days, we’re making up about 25% of it.

We’re setting new records for daily activity in both stocks and options.

GameStop investors moved 24.5 BILLION shares of that stock on January 27, 2021. They moved 57.1 million options contracts that same day too.

We’ve become a relative army of somewhat like-minded investors. I’m talking 100 million of us. And those are just the ones with accounts at the top six online brokers.

And that’s just the U.S. Across the globe, the story is the same. Retail traders in India increased from 33% to 45%. In London, retail investors now hold 15% of that stock market.

We’re becoming a force to be reckoned with. But many of us are missing out on the most lucrative gains.

It’s Been a Long Time Coming

But it’s not our fault. We don’t know about these investments because they’ve intentionally been kept a secret for nearly 100 years.

They’re the most lucrative kind of investment in history, and the elite and powerful have worked tirelessly to keep them from the rest of us.

And when I say worked, they really worked…

To the point that they even had laws written to bar us from investing in them and an entire government agency created to make sure none of us snuck through the side door.

But thanks to endless lobbying and a financial crisis that threatened to tank American small businesses, Congress was forced to open that market to retail investors like us.

It just didn’t make any announcements about it — maybe so these Congress members' rich friends could keep all the investments for themselves. You’d have to ask them why it wasn’t news.

But news it should have been. Because research shows that this market returns profits that put every other investment market to shame.

I’m talking about the potential to average 60% or more every year. How does that compare with the 8%–10% you’re supposed to get out of the major indexes?

Pretty impressive, right? Well, that’s why the powerful and elite wanted to keep them away from you.

But even though this market is now open to everyone, it’s still very secretive. And that’s the big reason you probably don’t even know about it.

That’s why it’s not your fault you’re missing out on the biggest profits.

But that’s all about to change…

Bringing Private Deals to the Public

By now, you might have guessed that the investments I’m talking about are in private companies. They’re investments in firms BEFORE they have an IPO and make their debut on public markets.

Since the early 1900s, about 99% of the world was forbidden from investing in them. You literally had to be a millionaire already if you wanted a piece of that action.

And for a few investments, you still have to meet those lofty standards.

But thanks to a piece of legislation slipped into the JOBS Act, many of those private investments are now open to anyone… regardless of net worth or annual income.

It’s one of the most exciting things to happen to investment markets since futures trading started back in the 1700s.

And it’s going to mint a new generation of millionaires and maybe even a few billionaires too.

But like I said, nobody is really talking about this market. So the good investments are a little tough to find.

It’s not like founders are running through the phone book cold-calling investors to help them fund the next Google, Amazon, or Tesla.

But that’s where I hope to help… because they are calling me.

You see, I’ve been immersed in the financial markets for my entire career. I led teams responsible for billions of dollars in daily trading activity at one of the world’s largest investment banks.

I learned how to spot trends from some of history’s best investors, and I learned to track numbers from the world’s best traders.

I watched the market makers make the market, and I soaked up all the information my brain could absorb.

Then I turned my back on Wall Street and made it my mission to help retail investors. I didn’t want to help rich people get richer. I wanted to help people who actually needed the help.

Profit to the People

After realizing how misunderstood and often completely unknown this market was, I set about creating an advisory service to help people navigate it (and profit from it). 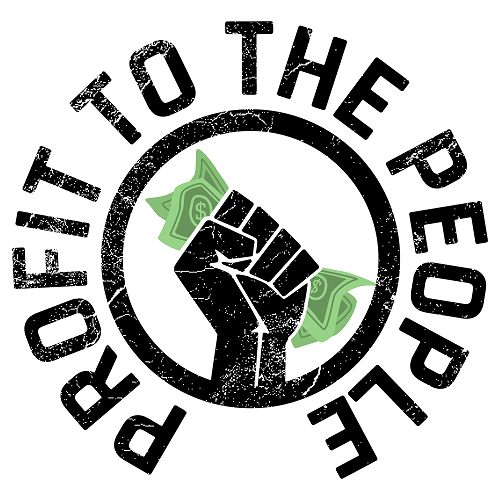 The big difference between our investing community and most others out there is that we focus entirely on pre-IPO investments.

We’re currently earning 17% a year on a loan we made to an agricultural technology company. In two years, we’ll get our principal back plus one final interest payment.

And we’re not just collecting interest on loans. We’ve got those “lottery tickets” too.

We’ve got an investment in a cannabis technology play we’re helping grow to scale. It’s nearly doubled our money in a little over a year, and it’s just getting started.

Then there are the discounts we get for helping these companies reach their funding targets. We’re up about 83% on one recent investment thanks to that discount.

We’ve got another that’s still open where we get to buy our shares for 20% less than they’re worth. That one’s delivering new investors an INSTANT double-digit gain.

Good luck finding stocks that get you those kinds of returns.

We’ve even seen one of those “lottery tickets” skyrocket over 600% in value — and that only took nine months to happen.

There are good investments out there in private companies. And a lot of them are available to you.

And I want to help you find the absolute best…

I’ve Got Two Your Tickets to Paradise

That’s why I’ve worked out a deal with my publisher to offer a substantial discount for anyone who chooses to join me and my community of pre-IPO investors today.

I’m going to knock 50% off the price we’re charging new members because you’ve been a loyal Wealth Daily member for so long. And honestly, I just really want to make sure you get access to these gains.

So I’m making it as easy as possible today. All I ask is that you watch a short presentation about the market.

I’ll explain the legislation, give you some examples of profits to be made, and give you that massive discount.

And the instant you join us, I’ll make sure you get access to my top open investments right now.

We’re helping fund a technology company that’s harnessing the power of AI to help athletes improve their game. It’s got a potential market of… everyone with a smartphone who plays sports.

We’ve also recently invested in a junior gold mining company with a twist. This company hasn’t discovered gold on its site yet, but it’s already selling gold for a profit on the open market.

And most recently (yesterday to be specific), we got one of the best opportunities I’ve ever seen when we were given the chance to help fund a company that’s creating what I’m calling “net-zero oil.”

It’s really one of the most impressive processes I’ve ever seen. And the company has tens of millions in assets and big-time investors already backing it.

With this funding round, it should get to scale and start pulling in cash through at least three different revenue streams. And I’m convinced it’ll deliver investors a 10x gain at the bare minimum.

And once you join our community, you’ll get instant access to all three of those plus at least seven other open pre-IPO investments that I’ve personally vetted.

I’ve never offered a deal like this before, and chances are I’ll never offer it again. The timing is simply perfect right now.

We’ve got 10 pre-IPO investments you could invest in that could potentially 10x your money.

We’ve got a few spots that just became available in the community.

And it’s the holiday season, so I’m in a giving mood.

You never know when or even if all three of those things will happen at the same time again.

The planets are aligned and the odds are in your favor.

And get yourself invested in what could be the next blockbuster IPO to hit the stock market BEFORE it goes public.