Why Oil Investors Should Not Worry about Environmentalists

Will environmentalists bring the American oil industry to a halt again?

That’s what one Forbes contributor has suggested.

His name is Panos Mourdoukoutas, and he is wrong.

There’s no doubt that Panos Mourdoukoutas is a smart guy.

He’s a professor and Chair of the Economics Department at Long Island University Post, and he’s written a ton of articles for some of the biggest names in media, including Barrons, the New York Times, and Japan Times.

Truth is, I probably wouldn’t have the courage to tell him face-to-face that I find his analysis to be flawed. I just know he’d throw some crazy economics theory in my face and I’d rush home to find my old Fundamentals of Economics text book from college.

But alas, I have the freedom to sit behind the safety glass of these pages (along with one of the best track records for investors in the energy space).

The Quest for Easy Oil

Saudi Arabia began its rise to oil greatness in the 1930s after the suits at Standard Oil heard there was a shit ton of oil in Saudi Arabia. If you know anything about Standard Oil, you know that John D. Rockefeller would do just about anything to secure every drop of the black stuff on the planet.

Now it is true that over the years, environmentalists have been a bit of a thorn in the side of Big Oil. But a mighty small thorn, to be sure.

Saudi Arabia actually became one of the biggest oil players for a number of reasons, including: cheap labor, lack of human rights laws, and most importantly, a hell of a lot more “easy oil” than the U.S. ever had.

You see, the U.S. didn’t lose out to the Saudis because of a lack of oil. We have plenty of oil. What we don’t have is that sweet, sweet easily recoverable oil.

Today, what’s left in the U.S. is nothing like the stuff that Edwin Drake stumbled upon in 1859. 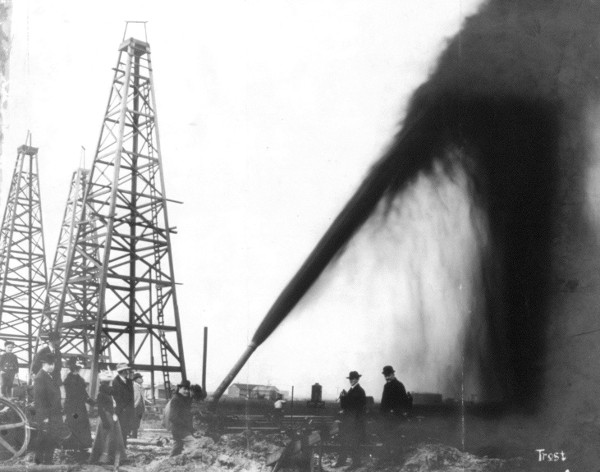 That being said, I suppose there is some truth to the argument that environmentalists played some role in Saudi Arabia’s rise to greatness.

After all, I suspect that if any Saudi citizen were to report any dangerous pollution issues or human rights violations associated with oil production in Saudi Arabia, he or she would probably disappear.

Stupid U.S. environmentalists with all their “human rights” privileges!

Truth is, I think Panos gives too much credit to environmentalists.

In his piece, Panos refers to a chart (found below) to illustrate the peaks and valleys of oil and gas rigs in the U.S. (For the record, although the article refers to the American oil industry, I suspect this is really about the U.S. oil industry. There is a difference. Just ask any Canadian or Mexican)

If you know anything about oil, you know that these rig counts fluctuate depending upon market demand and serious economic upheavals. We see a major drop around the time of the Great Recession, and we see another major drop, which is the result of a massive oil glut – not Ed Begley, Jr. 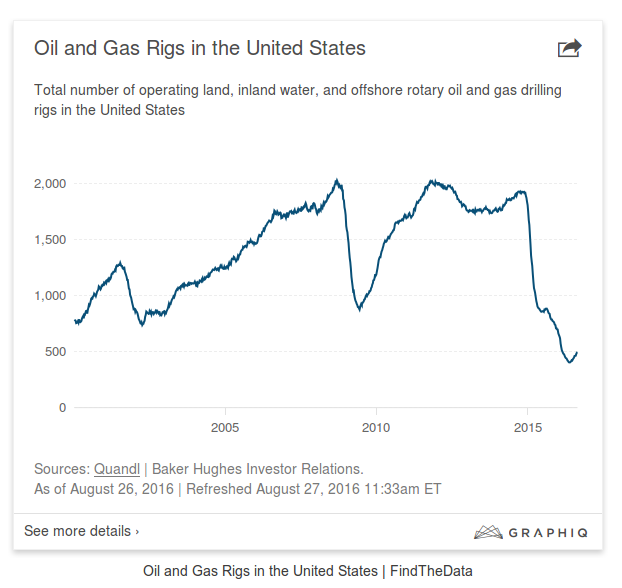 The funny thing is, I would argue that environmentalists really have little impact these days. At least the ones that still write letters to their senators and make picket signs that, ironically enough, are created using ink and paper pulp: two things that require oil to be made and distributed.

I hate to admit it, but if environmentalists really had any power, we’d all be driving electric cars and living in walkable communities today.

Look all across the globe, and consider some of the biggest oil disasters that have plagued this planet. 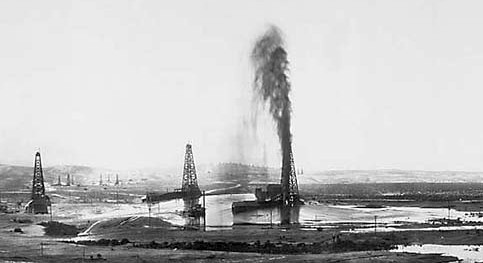 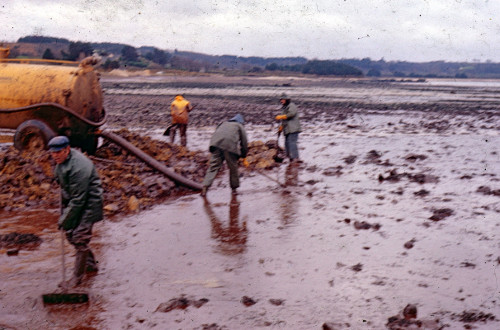 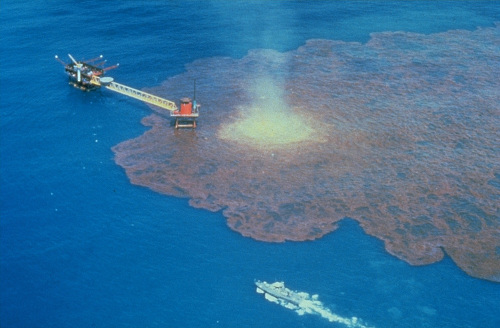 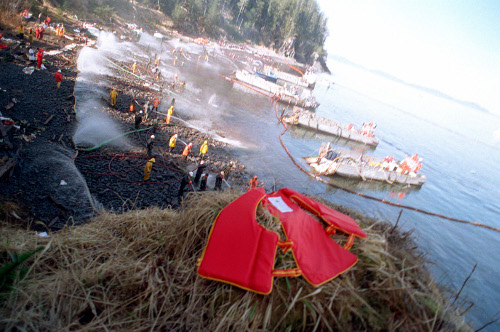 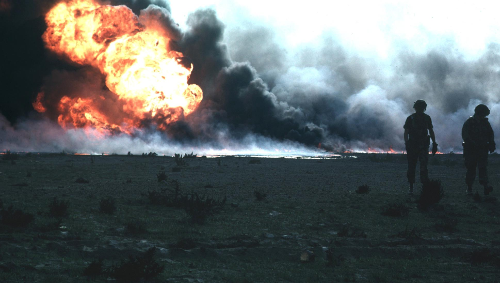 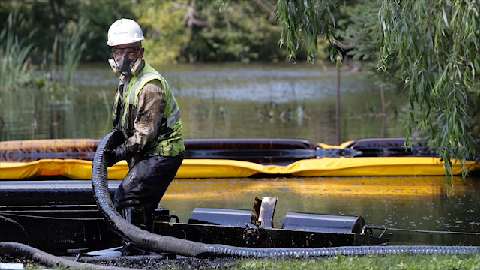 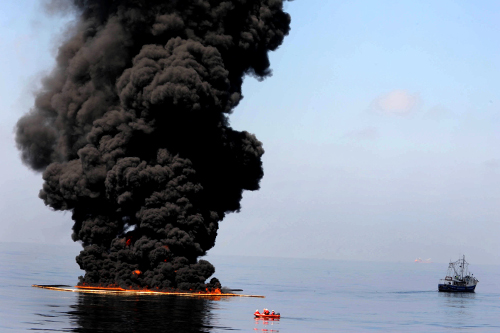 Given all these events, environmentalists have had plenty of ammunition to slow the flow of crude. But they didn’t. Because no matter how many ecosystems and livelihoods are destroyed, the inconvenient truth is that without oil, the global economy comes to a crashing halt.

Environmentalists that seek to instigate change with rallies, letter-writing campaigns, and sophisticated data and data analysis have no real power.

The only truly successful environmentalists are those who have accepted the fact that before we can significantly slow the flow of crude, comparable, competitive alternatives must exist.  And for the record, they do.

Truth is, no one likes oil spills. Even the assholes who once screamed “Drill, baby Drill” like a bunch of howler monkeys on meth.

But these oil spills and other oil-related disasters are a result of our continued reliance on oil and an oudated internal combustion engine.

Of course, it doesn't have to be this way.

Sure, oil will always have a role to play in modern society, whether through transportation or industrial and commercial needs. But the only reason we’re so reliant upon oil is because we choose to be.

Most environmentalists I know that are quick to blame Exxon for the fall of Western Civilization are the same folks who can afford an electric car, but won’t drive one because they’re “too expensive.”

People do care about the health of the planet, but not more than they care about convenience. Generally speaking, of course.

So even those pesky environmentalists that supposedly have the ability to halt the American U.S. oil industry could never have any real impact.  And besides, most people in this country just assume everything is fine as long as there aren’t any petrochemical toxins in their water.  And let's be honest, who doesn't love the smell of Polycyclic Aromatic Hydrocarbons in the morning?  Especially pregnant women and kids with asthma.

Bottom line: The U.S. oil industry’s fear has never been, nor will it ever be, environmentalists.

It's far more concerned about folks finding out that the modern internal combustion engine has become technologically irrelevant.

Don’t get me wrong. The internal combustion engine is a beautiful piece of machinery, and our ability to have utilized it effectively throughout the 20th century was part of the reason the U.S. became a world power. Whether or not the U.S. stays a world power, however, is partially dependent upon its ability to embrace modern transportation technologies that are simply superior to what we've been using for the past century.

Panos Mourdoukoutas has suggested that the environmentalist movement, which won’t let any U.S. election go to waste, is renewing its call to regulate fracking.

That call is not being renewed. It’s been very active for the past decade. This isn’t a new issue for environmentalists.

While it is still unclear whether environmentalists will have their way, one thing is clear: to combat American frackers and the return of the US oil industry to its former position as top world oil producer, Saudi Arabia will need some help from environmentalists.

Environmentalists will never truly have their way, and the U.S. has actually been the world’s largest oil producer since 2012. Although it should be understood that Saudi Arabia has the capacity to produce more, but it has chosen not to in an effort to put U.S. frackers out of business. That hasn’t happened, and quite frankly, if Saudi Arabia can’t knock the U.S. from its throne, a bunch of outspoken environmentalists with picket signs and podcasts sure as hell won’t be able to, either.

The bottom line is that oil investors are freaked out right now because they don't know what's going on.  So it's a great time to villianize those who have the audacity to want access to clean air, water, and food.  Clearly it's those Rachel Carson types that are to blame for the instability of the global oil market, not the war mongers, oil producers, and Wall Street traders that all benefit from the world's continued reliance on a steady flow of crude.

I don't know Panos Mourdoukoutas, but I find his attack on environmentalists to be petty, ill-informed, and dishonest.  And while I'm sure he could school me on Austrian Business Cycle Theory (which I find absolutely fascinating), he was unable to prove that environmentalists are to blame for "bringing the U.S. oil industry to a halt." Just like every other anti-environmentalist before him that's tried to do the same thing.