What the Skyscraper Index Says About the Future

The Skyscraper Index: Who's Collapsing Next?

Of all the peculiar, exotic financial indicators there are, one of my personal favorites is the so-called Skyscraper Index.

Deceptively simple, this theory postulates that the location of the next major economic downturn can be predicted by observing where the world's next tallest building is under construction.

The theory was introduced in 1999 by property analyst Andrew Lawrence, and it doesn't have any serious, official following when it comes to analysts, but not for the reason you might assume.

Its basis is quite realistic and feasible and makes a fairly intuitive suggestion: economic collapse comes to places where real estate demand is so high that building and overbuilding to such extremes is the only remaining option.

It's more the lack of definite numerical value that keeps the Wall Street talking heads from citing this concept.

Nevertheless, as it's based on historical events — the most recent event being the Dubai government defaulting on its loans less than two months after the completion of the world's current tallest building, the Burj Khalifa — it's worth looking at.

Thanks to the magic of the Internet, finding this list is a matter of just one Google search. 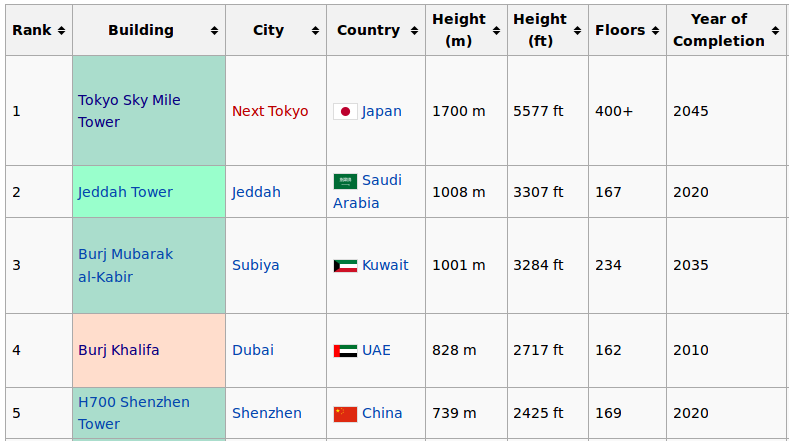 This list contains the five tallest buildings in the world, planned, under construction, or completed.

Number one is only an idea (and a pretty ambitious one, from the looks of it), so it won't really be under consideration.

What I'd like to focus on is number two on the list. The one that's currently under construction, and also the one that will become the first to surpass the Burj Khalifa since its completion seven years ago. 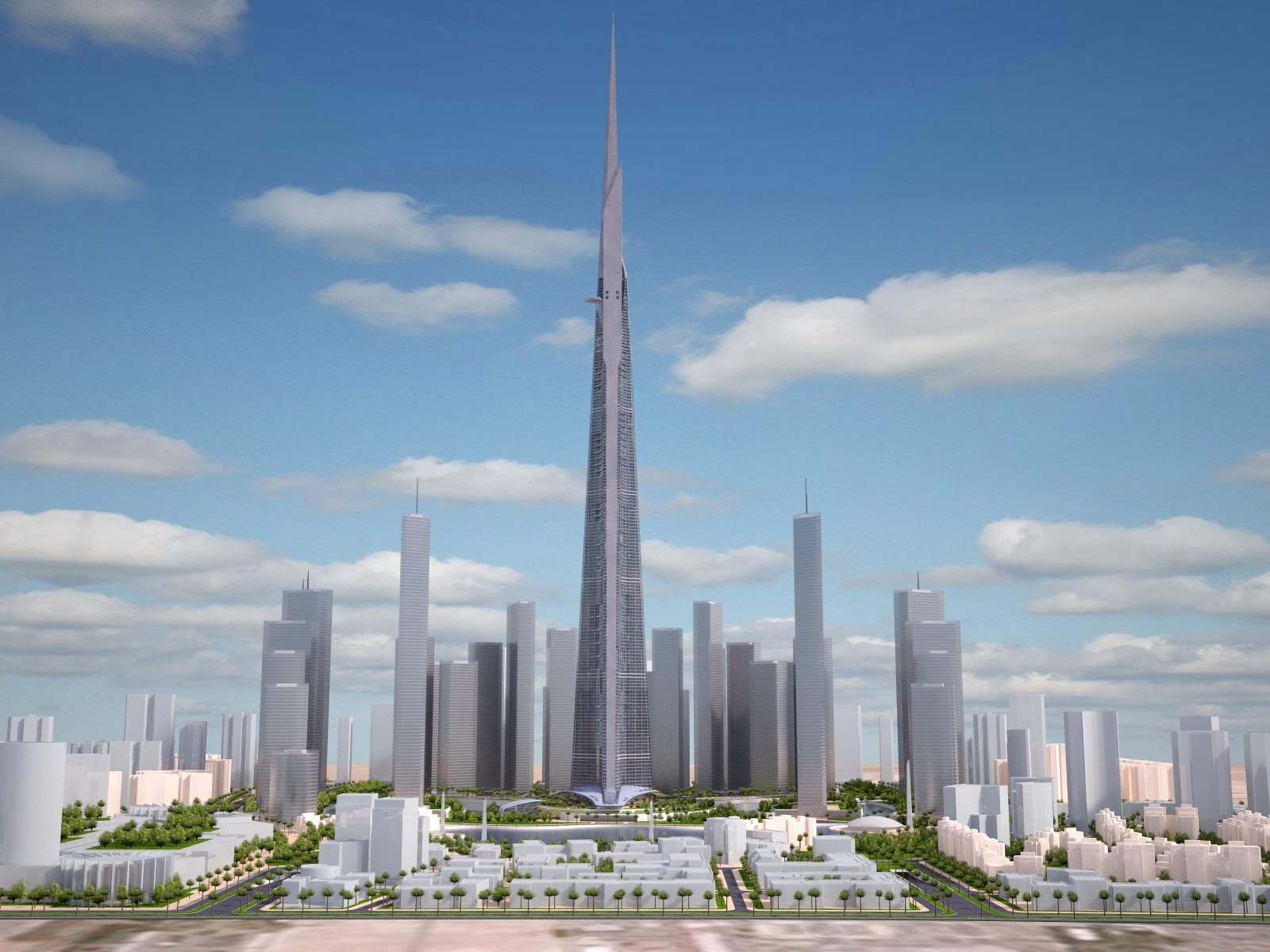 That top honor goes to the Jeddah Tower, a 3,307-foot-tall monster that will be the first to top out above the 1-kilometer mark.

This building will be only one element of the planned Jeddah Economic City development project, a $20 billion campaign to bring tourism and business to Saudi Arabia's central Red Sea coastal region.

On its own, the Skyscraper Index would surely take interest in this project; taken in conjunction with the grander idea to be built around it, it's nothing short of a red flag.

But there's a third element here to also consider.

The next one the list, though still just a proposal — like the Tokyo Sky Mile Tower — is in neighboring Kuwait.

And finally, a fourth element... both of these nations owe their substantial wealth to one thing and one thing only: oil.

The implications are fairly clear at this point: the oil industry may be in serious decline.

I know this may sound like a pretty bold statement to make based solely on development and future development of some real estate, but the fact is, this indicator isn't so much a preliminary sign as it is a symbolic nail in the coffin.

It's long been known that Saudi Arabia's oil reserves are reaching frighteningly low levels, but the overarching reality that the oil-consuming world is starting to transition away from fossil fuels tends to burn this candle from the other end as well.

A Surprise to Few

Nobody knows this better than the nations of OPEC, whose entire economic and political importance, on a global scale, is owed to oil production.

So they plan for the inevitable asphyxiation by putting money into business and real estate, the obvious next best things for the post-oil era.

The next best thing, in this case, may be more like the next desperate thing.

The problem with a shortage-fed economic crisis in the Middle East is that the entire region is so completely and utterly dependant on oil for revenue that simply changing gears might not work.

Just imagine if the whole of the United States economy fell apart tomorrow. Manufacturing, banking, technology... would a place like Las Vegas, for example, which has often been called immune to recession, still survive on tourism and gambling?

Probably not. But when left with no other option, one can imagine how resorting to extravagant building projects might feel like making positive progress. Historically, however, this has done nothing to stem the trend for decline.

The Skyscraper Index has been the target of much criticism over the years.

After some exhaustive testing using techniques such vector autoregression and cointegration tests, it has been determined that while raw building height cannot determine the onset of a recession per se, it can forecast peak GDP moments.

Which is exactly what analysts fear the entire Middle East oil empire might be looking at right now.

Once it starts, there's no going back. Not unless the leaders of some of the wealthiest oil-producing nations in the world can get together and magically find another universally-in-demand chemical compound that the rest of the world will be willing to spill blood over for the next century.

If, but more likely when, they fail, you'd better believe that economic and political anarchy will grip all of those countries the same way that obsessions with tall buildings, expensive cars, and private harems grip them today.

The Most Important Commodity Known to Man: Information

We can't do much to stop it, but since we know it's coming, we can act early to get a front-row seat at the next big energy show in town.

Today, whether that energy comes from solar cells, wind turbines, or any other form of renewable, the clear candidate for filling the vacuum left by oil stands alone: lithium.

As today's universal mass storage medium for electricity, lithium is already being called the "energy metal" of the 21st century.

And with each year, a bigger fraction of the total kilowatt-hour count produced by mankind is reliant on it.

That it will continue on this path for at least the next few decades, as even our cars and aircraft become dependant on it the way they currently are on fossil fuels, is a foregone conclusion. 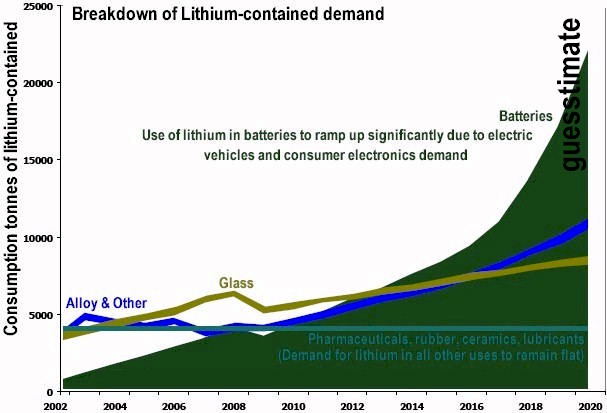 As oil dominated and, to a large extent, helped build and shape the 20th century, so will lithium for the 21st.

Its demand will grow right alongside, as will the companies that mine and refine the element, as well as produce the end-use products we need.

How are future-minded investors taking advantage of all this today?

The methods are numerous, but there are some gems scattered within the long list of possibilities that truly stand out.

These are the investments that will create tomorrow's energy oligarchy, just as today's starts to crumble.

Click here for a preview of what the most aggressive investors in the world are doing to leverage the lithium revolution into profit.