To Infinity and Beyond!

I really wasn’t sure I’d see the day when I’d be writing about investments for the future of space exploration. After the U.S. hit the moon back in 1969, interest was super-high.

But as the years passed and shuttle missions became commonplace, Americans seemed to forget about their dreams of conquering “the final frontier.”

Thankfully, that didn’t last too long and now we’re back at it and hoping to colonize outer space and other planets in the sort-of-near future.

And most of it is thanks to a group of guys with a problem I like to call “more money than brains.”

As far as they go, it’s not a terrible problem to have.

I’m talking about billionaires Elon Musk, Jeff Bezos, and Richard Branson, who’ve already bought everything they want on this planet and are now looking for more places to exploit.

Branson is the most outlandish, in my opinion. His business is pretty much entirely focused on space tourism. He’ll be selling trips to space for a quarter-million dollars a pop.

I’ve got to wonder how fast he’ll run out of other billionaires to send up there. I mean, two of them already have their own rocket ships. But he’ll probably make a pretty penny nonetheless.

Bezos and Musk are a little more realistic. They see Blue Origin and SpaceX as a means to an end. They’ll surely take some cash to shuttle other people with more money than brains up for a selfie in space.

But their real goal is to charge governments to shuttle supplies and astronauts back and forth. And eventually to colonize Mars and outer space. But their companies are both still private.

So if you want to invest in billionaires in space, Branson’s Virgin Galactic (NYSE: SPCE) is your only choice. And you’ll probably do OK if you get out before he runs out of rich people to blast into orbit.

But while it’s the billionaires in space that have gotten most of the attention from retail investors, that’s a story I don’t know will have a storybook ending.

There are, however, some space companies out there making contributions to the future of humans in space that look like great investments.

Some of them even have stocks that look like they could turn into rockets themselves with the right catalysts.

And today I’m going to share a few of my favorites, plus a special bonus opportunity that could be even bigger than all the rest…

Rocket Stock #1 — Boeing (NYSE: BA): Boeing took a beating and a half thanks to the failures of its 737 Max aircraft. And it’s recently taken another hit due to defects in its Dreamliner. But that presents a unique buying opportunity for investors. You see, Boeing isn’t just an airplane manufacturer. It'salso entrenched in the U.S. space market…

The world’s second-largest defense company also has a lot of resources devoted to human space exploration, satellites, and autonomous exploration vehicles. The company has over 60 years of space exploration expertise and is a partial owner of United Launch Alliance and United Space Alliance.

Airplanes might be what’s dragged Boeing down recently, but space exploration is destined to pull it back up. And early investors could be rewarded well for their patience.

Rocket Stock #2 — Maxar Technologies (NYSE: MAXR): Here’s one that’s been incredibly successful for me personally and for the members of my Wealth Advisory investing community. Maxar had been riding very high a few years ago but ran into cash problems. Investors dumped the stock and it went from around $60 a share to under $10. But Maxar’s management wasn’t lying down on the job. They got the cash flows lined back up and now the company is poised for massive growth.

Maxar makes the satellites that keep our lines of communication open here on Earth. It also manufactures satellites that service other satellites. And if you’ve ever seen an image of the planet from above, it’s most likely come from Maxar’s observation satellites. Shares are trading right around $30 right now. But I see no reason they won’t get back up to $60 or higher in the coming months.

Maxar is a great investment in space exploration. It’s got tons of experience. And it’s got all the makings of a double by the end of 2022.

Rocket Stock #3 — ARK Space Exploration & Innovation Fund (BATS: ARKX): You caught me. This isn’t actually a stock. It’s a basket of stocks otherwise known as an exchange-traded fund, or ETF. It’s run by the stock picker everyone wanted to be in 2020, Cathie Wood.

Wood is a futurist. And she’s betting big on space exploration stocks. She’s got 36 companies related to that industry in this ETF. You’ll get a little piece of Boeing as well as its competitor Lockheed Martin. You’ll get some of a few aerospace companies. And you’ll get exposure to GPS investments like Garmin.

It’s an easy way to get a lot of investments all focused on the same future. But it’s got some companies in there like Deere and Co. that don’t really seem to line up with space exploration that much (unless we’re already thinking about terraforming Mars). So you’ll have exposure to space, but you won’t be able to choose which companies you’re exposed to. For those who don’t want to pick individual stocks, though, the ARK Space ETF might be a good choice.

Rocket Stock Bonus — “The SpaceX Killer”: Now, this one is a little different from the others. One of my colleagues, Jason Simpkins of the Outsider Club, tipped me off to it a few weeks back. But he also tipped off his paying subscribers. So it wouldn’t be fair of me to give it away here. Instead, I’ve asked him to create a special presentation to share with you that details the whole opportunity: 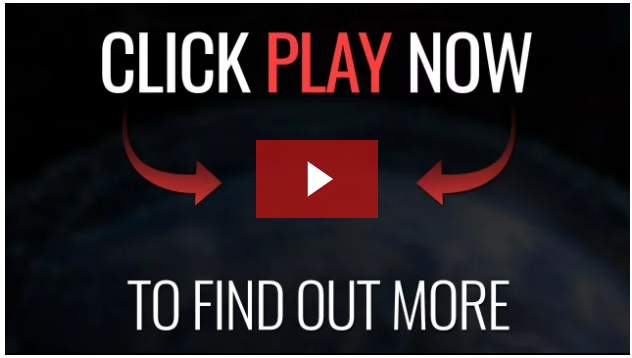 You see, Elon Musk’s co-founder abandoned the SpaceX project for this tiny company because it’s poised to completely dominate the space race. The company has just come out of “stealth mode” and is gearing up to deliver early investors massive gains — up to 100x their investment.

But incredible companies like this don’t stay small for long. And the share price is already up double digits in the past week alone. So if you want to capture those blockbuster gains, you need to move fast.

That’s why I’m urging you to take a few minutes out of your day and hear what Jason has to say.

I’ll be back in a few days with more ways for you to maximize your gains in the hottest sectors on the market right now.

Keep an eye out for my emails. And make sure you check out Jason’s presentation. He’s got a great name and an even better feel for picking explosive investments like this.