The relationship between quantum computing and cryptocurrency is getting fresh attention this week.

This comes as the White House is facing internal pressure from lawmakers like Sen. Elizabeth Warren and Senate Banking Committee Chairman Sherrod Brown, who claim Russian elites and firms sanctioned by the U.S. are bypassing sanctions with digital currency. Just this week, the Financial Crimes Enforcement Network issued a warning that Russian entities could be evading U.S. sanctions through crypto exchanges.

Add to that the threat of Russian quantum computers getting access to our data and crypto wallets... and we’ve got a bit of a crisis on our hands.

The issue is so serious that Congress called on six top crypto company executives to testify late last year about what exactly is going on in the crypto world, which gave us a glimpse into the future of cryptocurrencies and how quantum computing affects them.

Experts say in the next 10 years, bad actors will use these machines to hack into cellphones, bank accounts, email addresses, and cryptocurrency wallets. The U.S., China, Germany, the U.K., Australia, and Japan are working overtime to ensure this doesn’t happen. And the National Institute of Standards and Technology (NIST) is also researching quantum-resistant cryptography.

The threat may present itself sooner than that, as it’s reported Russia invested $1 billion in its first quantum computer prototype, pictured below... 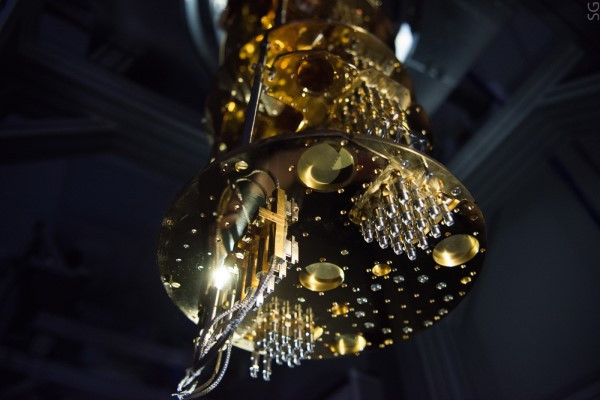 The next computer's being built by the National Quantum Laboratory (NQL) under Rosatom, Russia’s state nuclear corporation. The company logo looks like something out of Mortal Kombat or Resident Evil. 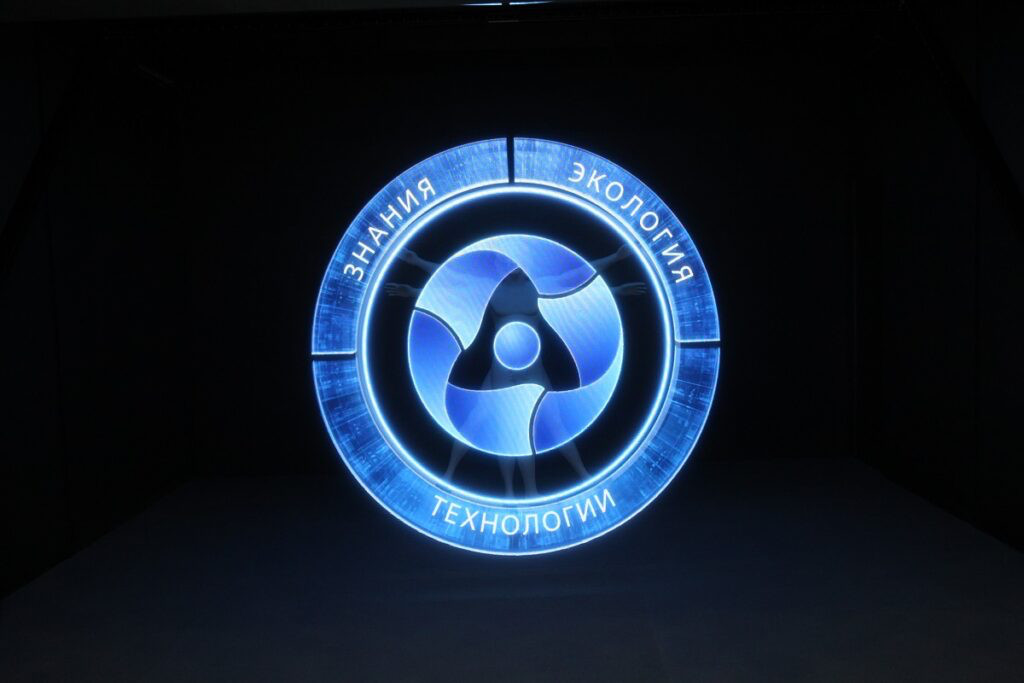 And the company’s serious about achieving “quantum supremacy,” which means creating a quantum device that can solve a problem no classical computer can in a reasonable amount of time. No company has yet to achieve this, though some have claimed as much.

But we’re getting a bit ahead of ourselves. Let’s take a step back to see why quantum computing has become so important and how it will affect each one of us in the near future.

In 1981, theoretical physicist Richard Feynman gave a lecture at MIT in which he discussed the possibility of a computer that could simulate physics. Our natural, physical world is made up of energy, matter, and the interaction between the two, so a machine capable of operating under these same principles could revolutionize computation.

At the time, no one thought it was possible to create a machine with this capability, but Feynman’s speech sparked a quantum computing race that now has tech companies scrambling for the top seat. In 2017, IBM (NYSE: IBM) built a quantum computer with 50 qubits, and just four years ago, Google (NASDAQ: GOOG) built the Bristlecone quantum computing chip containing 72 qubits. (It would take 20 million qubits to crack a standard encryption scheme.) 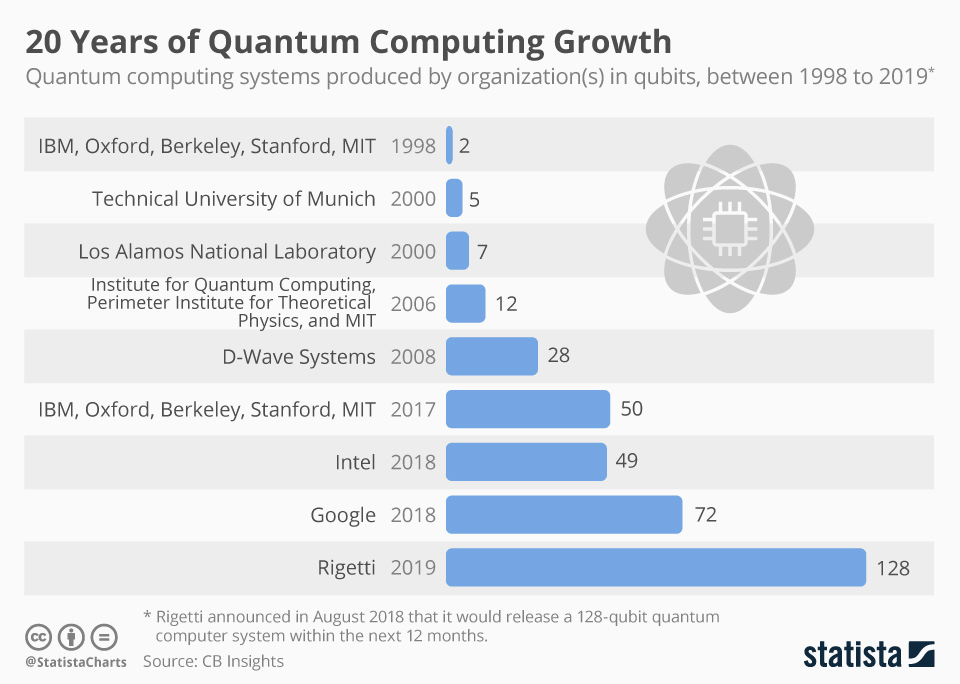 According to research published by P&S Intelligence, the industry was valued at $500 million in 2019 and is projected to grow to $65 billion by 2030. Quantum computing is expected to touch nearly every part of the economy, including the military, energy, cybersecurity, pharmaceuticals, and, important for today’s topic, cryptocurrency.

Quantum computers represent our ability to solve impossible equations, discover new medicines, and create sophisticated financial strategies. These computers will be the backbone of the metaverse and usher in the so-called "Web 3.0" era of an internet that runs on the blockchain.

But because quantum computers are so powerful, they pose an existential threat to our digital security.

I covered Congress’ historic crypto hearing last year, which stemmed from a report by the President’s Working Group, a Treasury Department-led team that ensures the integrity and competitiveness of U.S. financial markets.

The group called on Congress to regulate the issuers of “stablecoins,” a type of cryptocurrency pegged to fiat money. For example, you can buy one USD Coin (USDC) — a popular stablecoin — and its value will stay stable at $1. Coinbase (NASDAQ: COIN) even offers users 0.15% interest for holding USDC, while other platforms can pay up to 14%, a much better rate than you’d get at any bank.

That’s why the market cap of stablecoins has risen to $127 billion, making regulators nervous. And now that the crypto market cap stands at more than $3 trillion, the entire industry’s become a national security threat.

Russian elites may very well be storing their money here and making a fortune in the process. And if all that money were to get hacked by another country (i.e., Russia or China) with a quantum computer, it could spark another war.

Our online accounts, email, and crypto wallets are “secured” with technology called asymmetric cryptography, otherwise known as public key cryptography, where individuals use a public, forward-facing key and a truly private key. Encryption works by scrambling data for anyone who isn’t supposed to see it. This public-private key pair produces a digital signature, and once quantum computers become more sophisticated, they could reverse-engineer a user’s private key, forge a digital signature, and commit identity theft or even steal someone’s Bitcoin right out of their digital wallet.

We'll be keeping an eye on what Biden tells regulators this week.

Again, experts are saying it’ll take about a decade for quantum computers to be powerful enough to pose a serious threat to our data and the grid.

I say that prediction is way off.

If we’ve learned anything about technology, it’s that it exponentially explodes and hits us over the head when we least expect it.

So this gives us a fantastic opportunity to dip our toes in the quantum computing space before the retail crowd hops on board.

And with the Ukraine mess, it’s no wonder the White House is working to prevent Russia from obtaining quantum supremacy.

But these three U.S. quantum computing companies are working on a fix as well.

What better way to prevent Russia from obtaining its quantum goals than through our investing dollars?

P.S. Don't miss out on a special investing event we're holding this Thursday, March 10. You'll hear from my colleague and investment director Sean McCloskey on how he's profiting on all the uncertainty in the current market. It kicks of at 4 p.m. ET, and it's totally free to sign up.