Well friends, it's the holidays again, so I figured it's not a bad time to write about one of the coolest new toys to hit the market in years...

...The defense market, that is.

You've probably been reading more and more about the dramatic expansion of the use of robot technology on the modern battlefield.

The most famous of these are the Reaper drones – for which the Air Force is currently training more personnel than for any other single weapons system.

But while Reapers are great for hitting targets (usually enemy combatant in nature) from afar with things like Maverick air-to-ground missiles and 500 lb GPS guided bombs, the Army now has its own ground-based killer robot system to do what infantry have long referred to as "grunt work." 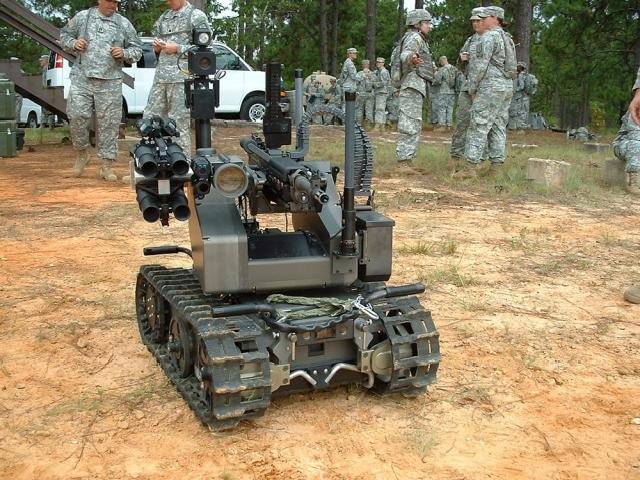 MAARS, which stands for Modular Advanced Armed Robotic System, is the start of a new trend in surface combat for the U.S. Army.

Adding Teeth and Claws to an Existing Concept

While robots have been used for years to take high-risk pressure off troops – namely in bomb disposal and rescue applications, where human safety is likely to be compromised – the MAARS takes it a step further, doing something which Luddites have been fearing since before Jim Cameron's android first spoke with an Austrian accent: delivering heavy ordnance directly to the enemy at high velocity.

Armed with a multitude of weapons (pictured above with a .30 caliber machine gun and a quadruple 40mm grenade launcher), the MAARS costs $300,000 for the base platform, with a variety of configurations available depending on mission parameters.

Although other robots are usually tasked with bomb disposal, one of the available attachments for the MAARS is an arm capable of lifting 120 lbs – strong enough to pick up a 155mm artillery round – or dragging a wounded soldier twice that weight.

Now, for those of you thoroughly terrified by science fiction scenarios, I urge you not to worry too much – at least about this iteration of automated combat technology.

The MAARS is really nothing more than a very, very expensive remote control car.

Its range is limited to just over 3000 feet from its human operator, with environmental information provided via a range of visual and infra-red sensors to a control module tucked inside an armored support vehicle. 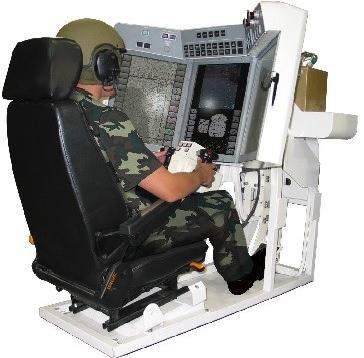 Being dependent on a human operator, the MAARS is therefore still just a tool designed to put distance between danger and irreplaceable human tissue... However, tactics for the use of the MAARS in unison with other robotic systems are already being developed for future combat situations – most notably working alongside smaller, more specialized ground-based robots and small airborne drones with hover capabilities.

The MAARS has already demonstrated a talent for breaching doors and walls, entering hostile strongholds, and mopping up concentrations of enemy combatants with its machine gun and grenades.

Cheaper Than the Cost of Human Casualties

The question of cost effectiveness has been posed, of course. Just how useful are these expensive machines when a primitive and cheap IED could easily render one useless?

To that, developers of these systems have an equally straightforward response: $300,000 for a robot that can be replaced is still cheaper than a maimed or killed soldier that cannot.

MAARS units are expected to see wide deployment somewhere around 2018, with an expanded array of weapons options including smart munitions and laser targeting equipment designed to designate impact points for air strikes – most likely performed by their airborne brethren.

If the deployment history of flying robots is in any way a model for how their ground-based cousins will fare in the future, then it is, to say the least, a model for growth.

Not only does this technology promise to expand the technical capabilities of NATO's armed forces, but it shows that an added emphasis on training and education is in store for the soldiers operating this equipment as well.

The MAARS is a product of the British-based defense firm Qinetiq (QQ.L), which is listed on the London stock exchange.

It is the 52nd largest defense contractor in the world, with a total market capitalization of $1.35 billion and subsidiaries in North America and Australia.

Bear in mind, however, that this company is just 12 years old and only in its 7th year on the public exchange.

Given the cutting-edge nature of the company's products, as well as the ever-expanding defense market niche it's managed to grab, it's as exciting a story as you'll find in the tech sector today.