This Is What Finally Cracked Tesla's Clay Feet

In my mid-20s, I became friends with Jeremy, a med school student who was headed for a lucrative career in dermatological surgery.

Jeremy was a fun guy. Super smart, hardworking, but also no slouch in the party department.

I cannot remember a single time hanging out with him that did not end with hilarity, excitement, and at least one or two surprises.

He was the sort of guy who inspired good times to materialize seemingly out of thin air.

You'd get the impulse to fly to Vegas, for example, and you'd actually go through with it and end up vomiting in the women's bathroom of Terrible's Casino, off, off, off the main strip.

Jeremy would be right there, making sure the coast was clear.

Or perhaps you'd infiltrate a fancy wedding celebration, but your flip-flops would give you away to the people who organized the event and then somebody would need to be charming because you had way too many IPAs and shouldn't have tried to make small talk with the bridesmaid.

Jeremy did end up becoming a dermatologist, and just as his plan had mapped out, he began making serious money his first year out of residency.

Sometime in the early 2010s, however, he did something that would change his life and his fortunes forever.

He spent somewhere in the mid-five figures on what was then a very unstable, very uncertain EV stock — Tesla (NASDAQ:TSLA).

Since those early days, Tesla stock has gone through multiple splits, and based on today's share structure, Jeremy's buy-in price was somewhere in the neighborhood of $2.50.

About a year ago, when Tesla stock hit its all-time high of $414, Jeremy found himself sitting on profits exceeding 160x his initial investment.

That initial investment had turned into over $6 million — far more money than he had ever made as a physician up to that point.

Jeremy didn't sell, however. As a true Elon Musk fan, he believed that the stock would simply continue to appreciate.

Will Tesla Be the Biggest Company Ever?

When Musk-fed financial theorists started speculating that Tesla would be worth $3 trillion within a few years and as much as $30 trillion by the middle of the next decade, it was investors like Jeremy who listened, listened good, and doubled down on already massive positions.

In many ways, it's this sort of investor attitude that's been the keel and the rudder of the massive investment cargo ship that the world's leading EV brand has become.

Lately, however, the typically smooth seas have become rough, to say the least.

In the 45 trading sessions between September 19 and November 21, Tesla shareholders lost more than 45% of their position value as the share price plummeted from $308 to under $170 — a price unseen since 2020.

That represents a market cap reduction of $440 billion — over $20 billion of which came directly out of Elon Musk's pockets.

Now, as far as the reasons behind this monumental loss, you're going to have your choice of theories.

Everything but the Truth

The MSM's talking heads will pound the table persuading you that the cause of all this is Musk's foolish dealings with Twitter, the general economic uncertainty, problems with the lithium supply chain, Putin's warmongering, and whatever else dominates today's news cycle.

And the truth is all of those factors definitely have something to do with the selling pressure, but when they're viewed in context with 52-week highs ($414 in November of last year), a sober-minded investor will still be left scratching his head, wondering what on Earth is going on.

An even-keeled observer would have to ask himself why this is happening. What's going on behind the scenes to make a once unsinkable ticker symbol start to remind us of WorldCom of early-2000s fame?

Of all the theories popularized in the mainstream media, the one thing they're leaving out is something that Musk and Tesla's shareholders cannot stomach on any level: The company's product is decades past the point of obsolescence.

For Your Own Good, Don't Mention This to Tesla Fanboys

This is a topic that I wouldn't even dare to bring up with Jeremy, whose entire fortune and future now rests in the hands of the world's most controversial, and some say most arrogant, business leader.

But that's exactly what's happening. Tesla and its world-conquering brand are finally starting to feel the effects of decades of lethargy in the innovation department.

And it's not a minor problem, either. This issue affects the very heart of every vehicle that rolls off the Tesla production line — the very motors that give Teslas their famous power.

Now, before anybody gets excited that I'm smearing the legendary Tesla name and the even more revered name of its chief exec, let me clarify that this isn't a problem that only affects Tesla.

This problem is becoming an issue for every EV-maker out there today.

It's a bigger problem for Tesla, however, because Tesla's lineup consists exclusively of electrically driven vehicles.

The technical problem that's now catching up with the entire sector has been around since the very first electric motors were produced, all the way back in the 1830s. 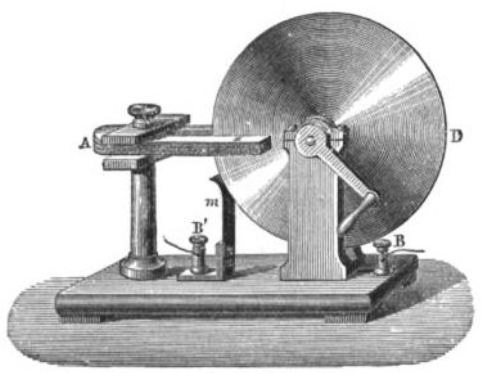 The problem is deceptively simple: Peak torque levels can only be achieved at one set rotational speed.

Spin the motor faster or slower than that optimal speed and torque drops off.

It doesn't seem like a huge problem, but the efficiency sacrificed during moments of hard acceleration are substantial.

To explain it in another way, just imagine where internal combustion engines would have gone had transmissions never been invented.

So what's changed? What's different now that makes this problem an actual problem and not just a fact of life?

The answer is artificial intelligence.

A new invention, which allows for highly tuned AI algorithms to regulate the flow of charge to the core of the electric motor, was perfected by a small tech company headquartered in Calgary, Canada.

This innovation, when mated with an electric engine, can give a 8%–10% boost in efficiency.

It also cuts down on wear and tear, extends service life, and allows more power to be generated across a broader range of operational conditions.

Slowly but surely, this problem — and the bigger problem behind it (Tesla does not own the solution) — is pushing share prices to new lows on a daily basis

The company that holds the rights to the breakthrough AI tech I just described is a small — barely out of startup territory — and therefore focused on this singular issue.

As of today, however, this company is rapidly moving away from startup status. It is progressing quite rapidly toward being a known and feared tech brand in its own right.

With deals already signed with multiple consumer product companies, including an electric boat- and electric bike-maker, this performance-enhancing tech is cutting a swath through the electric motor hierarchy.

The end goal, and the Holy Grail, is the EV industry.

In the next year to year and a half, maybe sooner, the EV threshold will be crossed, and once that happens, Tesla will have three choices: a) license the technology, b) buy the company that owns it, c) or sit back and watch as the market slowly shifts away from Tesla products.

For savvy investors, however, there are only two choices: a) buy the stock of the company that owns this tech today and watch the ensuing revolution that it brings, or b) sit this one out and miss perhaps the biggest investment opportunity of the decade.

To make the decision easier for my readers, my video production team put together a presentation that explains everything quickly and efficiently.

Or you can wait until the MSM finally picks up on this and sends the stock through the roof.

Get instant access right here, and please forward this along to anybody you think will be interested.