In the late fall of 2012, Hurricane Sandy did something few hurricanes in history were able to do: it shut down New York City.

The Metropolitan Transit Authority called it the worst disaster to hit the city in the 108-year history of the New York Subway system.

The associated numbers are staggering, but here's just a taste:

But here is one fact, which wasn't widely publicized, that might be the most shocking of all. 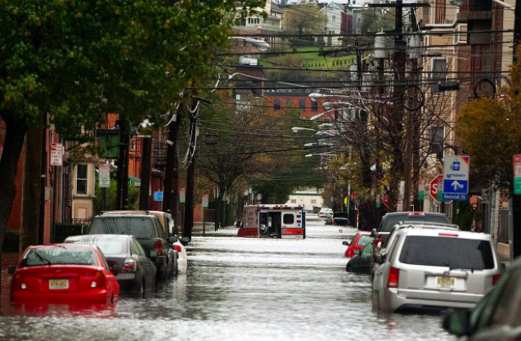 Of all the thousands of buildings located in and around the city, there were 92 that didn't lose power or hot water... all because of one special device.

The Secret That Kept a Handful of Buildings Safe

You see, each of these 92 buildings had installed its own power grid-independent power generation units made by the same manufacturer.

These miniature power plants, each about the size of your standard residential-grade refrigerator, had just one moving part.

They were so reliable and so robust that even at the very peak of Sandy's destructive rampage, they stayed online, kept the lights on, and kept the hot water flowing.

In all, there were 95 buildings in NYC equipped with these mini power plants. So what happened to the remaining three? Well, they had a pretty good excuse for going offline: All three were completely submerged.

Sounds crazy, but it's true. This was one of the few shining rays of hope during one of the darkest moments in the history of the great city of New York.

It doesn't end there, however.

These tiny power plants, which operate no matter how old, decrepit, or overloaded the public power grid is, are also incredibly clean.

They're so clean, in fact, that they are cleared for operation in the French Alps, a region with some of the world's strictest air quality codes.

The company that builds them is based right here in the U.S., but it isn't one you've probably heard of before, and there's a reason for it.

Compared to the highly diversified, multibillion-dollar heavy industry giants like Honeywell and General Electric, this company is small (less than $100 million market capitalization) and laser-focused on building and maintaining just one line of products.

These micro power plants range in generation capacity from 30 to 1,000 kilowatts (1 megawatt) and can be stacked together to produce up to 30 megawatts — enough to power almost 5,000 average American homes, or a single industrial complex about half the size of Tesla's Gigafactory.

If this sounds like a silver bullet for our growing energy crisis, that's because it just might be.

When taking into account the environmental impact of building solar or wind farms, these machines actually come out on top.

They require little space, do absolutely nothing to affect local ecosystems, and require no novel or potentially hazardous industrial processes to produce — something that cannot be said about solar panels or wind turbines.

I learned about this company for the very first time just a few months ago at a secretive investor conference in New York City.

The presentation I heard, where most of the facts mentioned here today were presented to me by the CEO of the company, immediately got me excited about the potential.

I decided to write a detailed report on the company, the industry, and where the future might take this truly world-changing technology in just the next few years.

I'm planning to release that report to this publication in the next week, but I decided that today, those who couldn't wait could get a sneak preview.

It's yours for the taking. All you have to do is click here and follow the instructions.