A Little Change Will Go a Long Way...

Regardless of your stance on government spending and subsidies, I'm sure we can agree on one thing...

The solar industry has been sputtering and jerking around like a jalopy with misfiring cylinders.

I don't think I even need to mention Solyndra.

Still, solar can't seem to come close to standing on its own.

Subsidies on the federal, state, and local levels continue unabated; at the current pace, they'll be in place for countless years to come.

Luckily, every once in a great while someone comes along and, with a minor tweak, turns a sputtering hunk of junk into a working machine.

When it comes to solar's woes, a former Moody's Investors Services CEO, CEO of the Export-Import Bank of the United States, U.S. Ambassador and Executive Director of the Asian Development Bank may be that person...

His name is John A. Bohn, and he's currently the CEO of Renewable Energy Trust Capital, Inc.

Before we get to the fix, we should first define the problem.

To put it in simple terms, renewable energy subsidies aren't giving much bang for the buck.

Here's a look at data from the Congressional Budget Office, a nonpartisan government agency tasked with figuring out what half-baked proposals will actually do to federal spending and revenue: 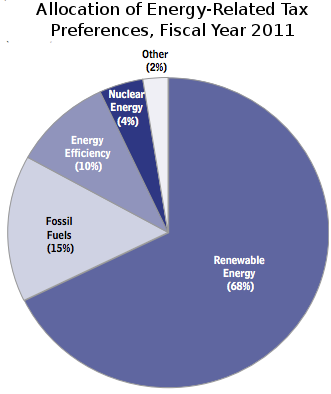 Tax preferences are defined by the CBO as special tax rates and deductions, tax credits and grants in lieu of tax credits. The total bill for the 2011 fiscal year (the closest year with official data) came to $20.5 billion, while the Department of Energy’s spending programs totaled $3.5 billion.

(Note that this doesn't include state and local programs that create subsidies for solar power that fuel-based power sources certainly don't enjoy.)

With the incredibly small amount of power solar is actually providing to the U.S. grid, this is a serious discrepancy and dependency issue.

According to the Energy Information Administration, total energy from all renewable sources accounted for 9% of total U.S. energy in 2011. Solar accounted for 2% of that 9%.

That minuscule .18% of total energy is absurdly expensive.

I know solar is in its infancy and subsidies are designed to even out the market, but we're still way off the mark when it comes to the bloated use of government funds for solar's development...

It will take years to get things in order with the current system.

This brings us back to Renewable Energy Trust Capital, Inc. and John A. Bohn.

The company recently asked officials at the IRS to classify solar farms as one of the types of properties that may be included in real estate investment trusts, or REITs.

REITs are a kind of security that sells like a stock and invests in real estate directly, either through properties or mortgages.

They have a unique tax structure that greatly reduces taxation at the corporate level, but they must meet stringent guidelines for what they own — and they must return at least 90% of their taxable income to their investors.

In essence, the whole point is to create access for small investors in corporate real estate. Everything from timber, data centers, mobile phone towers, and commercial leases to power lines and natural gas pipelines are currently acceptable to the SEC to maintain this special business designation.

A solar REIT would own and operate power plants that convert sunlight into electricity, just as standard REITs acquire buildings and other assets.

As the solar energy sector works now, investors simply don't have access to solar power generation; they are only able to invest in solar power companies.

Needless to say, that hasn't turned out well for a vast majority of small investors who were burned as Chinese firms created a supply glut right as the recession hit.

So, instead of high-risk growth positions in struggling companies, investors would have access to guaranteed returns from solar power generation contracts that are often several decades long and lock in set rates for electricity.

This isn't going to solve the entire subsidy problem, but it will allow relatively safe and constant returns for small investors and provide a potentially massive influx of private capital — which, in turn, will reduce the need for the government to prop up solar firms and spur production as supply increases to match higher demand.

That sounds like a win-win solution for everyone. Solar growth picks up, federal subsidy spending goes down, and investors have access to a safe and stable way to profit from solar power through REIT dividends.

Exactly how profitable it could be depends on a solar REIT's portfolio of properties, but if they end up looking like other REITs, we're talking about some strong income investment plays...

For now, we'll just have to watch and see how the IRA and federal government react to the proposal.

Let's hope they make the right decision and allow investors and the free market to spur growth instead of federal dollars.