On March 31, the Tesla Design Studio in Hawthorne, California, will host an event that fans of the iconic car brand would kill to attend.

Unfortunately, only 650 actual Tesla owners will be in attendance — all chosen by lottery — along with 150 other VIP guests.

Everyone else will have to settle for getting a first glance of the event's focal point in the hours that follow, as the Internet lights up with photos and videos of what happens behind the closed doors.

You and I will likely be among those link-clicking masses.

The reason it's such a big deal is because for the first time in its short but already storied history, Tesla Motors (NASDAQ: TSLA) is introducing a car that average buyers will have a shot at owning. 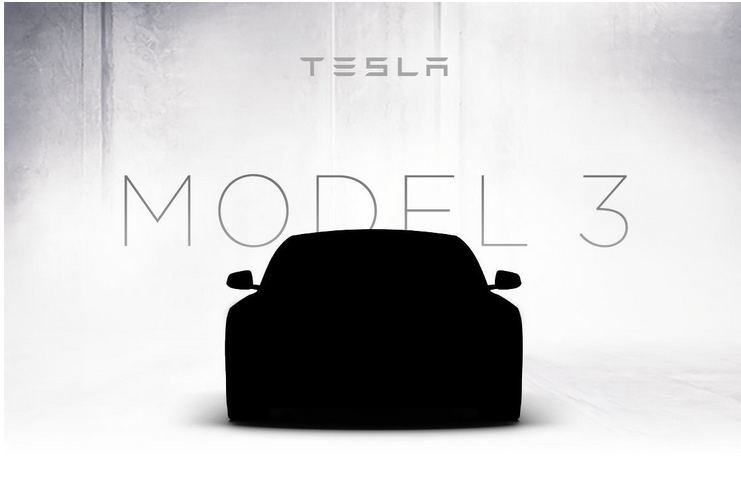 It's a far cry from Tesla's first model, the Roadster, which cost $100,000 (that's $50,000 per seat) and offered well-heeled motoring enthusiasts a taste of electrically driven performance.

To anybody who has any recollection of any point in history before the turn of the 21st century, a $35,000 base price may not sound like that big of a bargain.

Only thing is, it's actually quite a remarkable one given that Tesla's higher-end S and X Models are priced well into the six figures.

As of mid-2015, the average cost of a new car in the U.S. was $33,500, which, as I was alluding to earlier, might seem a bit much for people who remember the days when family sedans averaged in the low 20s.

That means this product, unlike its highly admired but often hard-to-afford predecessors, is a true faith attempt at attracting the broader market to what was once an extremely niche brand.

What we know of the Model 3 so far is typical of forthcoming Elon Musk products: very little.

Like its predecessors, the Model 3 will be competing with the usual lineup of luxury automakers, particularly the ones whose market Tesla is most directly targeting: Audi and BMW

It will compete with the Audi 4 and BMW 3 series, making the Model 3 about 20% smaller than Tesla's full-sized Model S.

What sort of market response should we expect from this?

Well, the best starting place to answer that question is the Model S — which was Tesla's first mainstream vehicle after the enthusiast-targeted Roadster.

The Model S is currently the best-selling large luxury vehicle in the U.S., a title this 13-year-old company did a heroic job of battling away from the old guard. 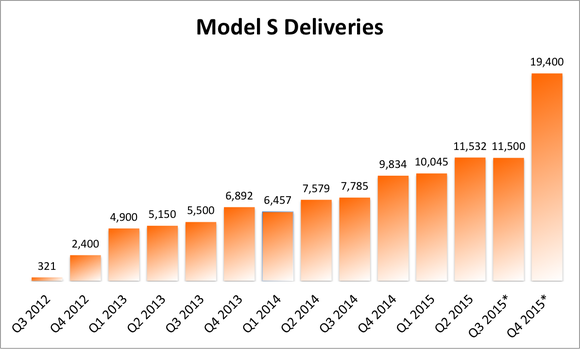 However, numbers within this price bracket aren't anything close to what they are in the more mainstream markets.

That's all it took to reach the top of the pyramid against BMW, Mercedes, Audi, Cadillac, and the rest of the luxury auto field.

By contrast, the most popular car across the board, the Toyota Camry, sold close to half a million units that same year.

Is that a number that Tesla's still-greenish infrastructure can compete with?

Probably not. In fact, definitely not.

The Camry has been king of the hill for 13 straight years, and Toyota is the second-biggest carmaker in the world, with production capacity exceeding 10 million units per year.

But that's also not really the point. Not yet, anyway.

Beating the Camry is perhaps a long-term goal in the back of Elon Musk's mind.

Merely showing up in the rankings and crossing the line into six-figure annual production rates will be the first major milestones that the famous CEO will be looking for from his version of Henry Ford's legendary Model T.

He'll also be looking for something else... something that many people fail to consider when thinking about Tesla's wild ride to fame and market domination over the last decade or so.

This company has never made a profit.

In fact, as of last year, it was burning more than $300 million per quarter and losing $4,000 on every single Model S, even as monthly production ramped up to 1,000.

With the introduction of the Model 3, however, that is all expected to change. This year.

With its cash reserves down to $1.2 billion as of December 31, 2016 — $700 million less than the company had a year earlier — it appears as though Musk's promise has no choice but to come true.

So is Tesla really the diamond everyone appears to want it to be so badly?

Do Musk's big assurances constitute a rational outlook, or is he really just that amazing of a salesman with his head in the clouds?

The answers to those questions will depend on how well the Model 3 performs against its competitors; how well the government subsidies, which will kick in for the Model 3 in 2017, will draw new buyers into this price point; and of course, if and how well Tesla will be able to squeeze profits from its first large-volume item.

Judging by its history of beating the odds, it's quite possible that Musk's electrically powered future just may work out.