The Metaverse Isn’t Real, but the Profits Are

If the metaverse is so revolutionary, why didn’t our world leaders virtually attend the United Nations Climate Change Conference (COP26) this month?

More on that in a minute, but first, it’s impossible not to touch on the irony, hypocrisy, and mixed messaging of the elite as hundreds of private jets touched down in Glasgow for the climate summit.

No virtual reality headsets for them. They just had to meet in person, with U.K. Foreign Secretary Liz Truss saying, “It’s really important that we do have people face to face.”

So the world’s elite can meet face to face without masks, but we still have to wear them when walking into a restaurant. We have to drive expensive electric cars that take hours to charge, but the rich can drive their gas-guzzling SUVs and fly all over the world in private jets.

The true agenda of the summit was to figure out the best ways to control the world population, including what we drive, what we eat, how much we pay in carbon taxes, what we think, and how we spend our free time.

The conference came to a close Friday, with more than 100 countries vowing to cut methane emissions by 30% and reverse deforestation by 2030.

One promising and surprising outcome came from the financial sector, with 450 banks, insurers, and asset managers across 45 countries vowing to use their $130 trillion in assets to invest in global zero emission goals.

Car manufacturers like Ford, GM, and Volvo pledged to phase out the production of gasoline and diesel vehicles by 2040.

Ford even revealed a new patent for a charging cable capable of charging EVs in five minutes. This is a much-needed step for charging infrastructure, as the most powerful charging stations currently take 20–40 minutes to produce an 80% charge.

But the U.S., China, and India didn’t get on board with completely phasing out fossil fuel-burning vehicles, citing monetary and infrastructure barriers.

And with Tesla (NASDAQ: TSLA) briefly dropping below a $1 trillion market cap this week, there’s a bigger story emerging.

EVs have their place, don’t get me wrong... but it looks like the future of energy lies in alternative fuel.

Rolls-Royce (LON: RR) is the world’s second-largest supplier of aircraft engines and believes it has the solution to the fossil fuel dilemma.

It announced a partnership with Shell (NYSE: RDS.B) in June of this year to develop a proprietary sustainable aviation fuel (SAF).

The current Rolls-Royce jet engines can run on a 50-50 mixture of traditional jet fuel and SAF, but the company's testing engines that use 100% SAF... 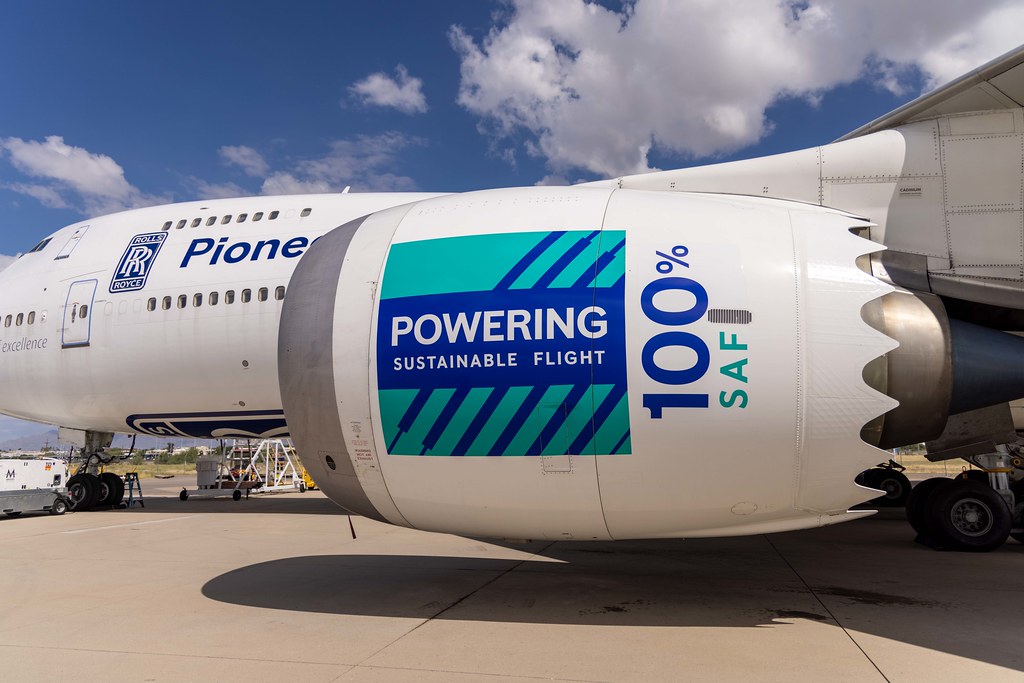 The fuel's produced from sustainable feedstock, meaning cooking oil and waste oils from animals and plants. Solid waste, including paper, clothing, and food scraps, is fair game as well. Even things like scrap wood, old crops, and algae can be added to the concoction.

It reminds of when Dr. Brown in Back to the Future adds a bunch of garbage to the flux capacitor before firing it up and going back in time.

BP (NYSE: BP) is even getting in on the trend, publishing this infographic just a month after the Rolls-Shell partnership announcement. 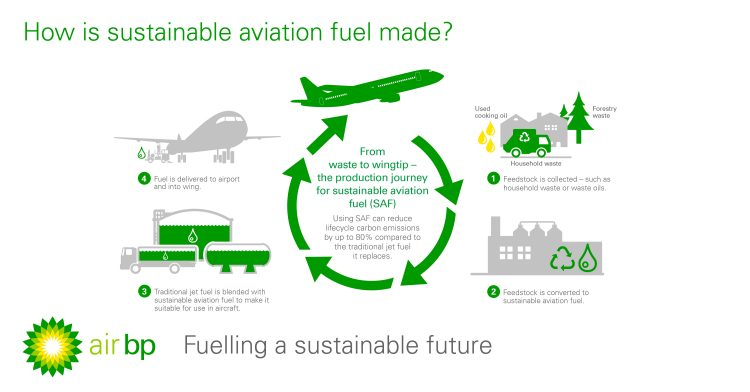 This is a huge step forward for sustainable travel. And don’t be surprised if we see hemp being harvested for SAF. This technology could even seep into the car industry.

I’m adding Rolls-Royce, Shell, and BP to my watch list, as this trend has explosive potential. And don't forget about Innovative Industrial Properties (NYSE: IIPR) as a hemp play. The stock's been in a consistent uptrend since June.

If you’re looking for more companies set to disrupt Tesla’s electric ecosystem, then you’ve got to see this.

The question remains... Why did our world leaders have to meet in person? The answer is they didn’t; they just wanted to.

Still, it seems like an awful lot of time and energy to invest in something that could have been discussed over a Zoom meeting...

Especially when much of the discussions centered on rich people promulgating technologies and value systems that they don’t actually intend to use or abide by.

Hence the crux of the issue with Meta.

The company changed its name just when the lawsuits started piling up.

Sorry, Zuckerberg, you can’t just paint your car a different color to throw the cops off your trail.

Just yesterday, Ohio’s attorney general filed a suit against Meta, accusing the company of federal securities violations by not disclosing to shareholders its internal investigations that proved the Facebook and Instagram platforms harmed children.

And what’s crazy is that the whole metaverse is being marketed toward children.

Older folks will likely not participate in the metaverse. Zuckerberg’s creating a walled garden, spending $10 billion to create a digital universe for Facebook’s 2.5 billion users.

He’ll quite literally be in control of what our younger generations see, think, and even feel.

It’s low-hanging fruit for Meta, as we have a generation in this country that’s addicted to their smartphones. It kills me when I see little kids playing with their iPads instead of talking to people, looking around at their surroundings, playing games, or reading books.

And if you saw the Meta advertisements that came out last week, you know what I mean...

The Meta team decided to create a series of ads, one for the metaverse and one for its Oculus Quest 2 headset — a device the company needs to sell in order to increase revenues — and it truly made me feel sad about our country’s future.

And make no mistake, it’s our country that’s suffering. The Chinese aren’t having anything to do with this junk.

The metaverse commercial is like something out of an acid trip, definitely appealing to a younger audience.

But the Oculus commercial openly displays why the old Facebook has contributed more harm than good to our society.

The ad features two men playing video games together in the metaverse. They are seemingly close — best friends, even. They are so disconnected from reality that they don’t even realize they are neighbors. So when they interact on a day-to-day basis, they actually dislike each other and can’t relate. It encompasses everything that's wrong with our society and the company that helped ruin it.

I’m not so sure the free market will get on board with Zuckerberg controlling the metaverse.

Oh, and in order to use an Oculus, you have to have a Facebook account... go figure.

This could be the beginning of the end for the company as we know it.

The long-term vision for the metaverse is a mirrored image of our current physical reality.

And investors are eager to find new and exciting technologies that will make this vision come to fruition.

Disney’s (NYSE: DIS) CEO says the company’s all-in on the metaverse as a way to experience its theme parks.

The video game industry, worth an estimated $65 billion, has the ability to harness in-game metaverse transactions using native currencies and even cryptocurrency.

The metaverse will impact every facet of digital life at home and at work.

So if you’re looking for a pure play on the metaverse, check out the Roundhill Ball Metaverse ETF (NYSE: META). It tracks all the big players in the realm right now, including Nintendo (OTC: NTDOY), Apple (NASDAQ: AAPL), Adobe (NASDAQ: ADBE), and Roblox (NYSE: RBLX).

But we’re not interested in giving you the obvious plays here at Wealth Daily.

My colleague Christian DeHaemer has been pounding the table about the metaverse for the last six months, and luckily it’s still early to get in on these lesser-known metaverse companies before the trend gains widespread momentum.

Chris says these stocks will surely dethrone Zuckerberg as the king of the metaverse.