For the car enthusiasts out there who've gone through the following experience, I don't have to tell you how strange it is.

You're walking down the street, minding your own business, when a commercially successful, technically impressive electric car drives by.

Your normal knee-jerk instinct is to ignore it, maybe quietly scoff at it, mentally reminding yourself that despite all the hype, it still looks pretty generic and uninspired and those tires, perfectly efficient as they may be, are downright puny.

Sure, you know this car — and the well-to-do soccer mom driving it — will make a joke of you and your midlife-crisis 'Vette/Camaro/suburban-approved BMW or Porsche in a head-to-head race. You know this... But normally, you still scoff.

Today, however, something happens. Maybe the light hits it just right. Maybe the whir of the motors finally tingles that nerve that the car-nut idiot inside you swore would never be tingled by anything with fewer than eight cylinders.

Or maybe the car is a different brand than the mass-market success you usually dismiss. Maybe the brand is the very same brand that builds your piston-driven dream car.

And then it happens. You say to yourself: Damn, that thing is sweet.

This happened to me the weekend before last when I was down in Bethany Beach, Delaware, for Fourth of July.

The Porsche Taycan Turbo that threw my brain for a loop wasn't exactly news to me. I've written about it multiple times — the first time being over a year ago when Bill Gates decided it was good enough for his own collection.

The technical details are academic at this point, but still warrant mention.

According to testing done by Car and Driver magazine last January, it does 0-60 in 2.4 seconds and will do a quarter-mile in 10.5 seconds at 130 miles per hour.

Those figures match the $2 million, 1,001 horsepower Bugatti Veyron and the Ferrari 488.

It also beat the best of what the main competitor has to offer, Tesla's flagship Model S, in its most aggressive configuration, by a few tenths of a tick and a few mph on the drag strip.

And perhaps most profoundly, the Taycan, a four-door family car, edged out its own brand's pride and joy, the ultimate, twin-turbo-boosted version of the motor sport icon which made its Stuttgart-based builder famous in the first place: the 911.

So yeah, when I saw it, I had to give in. They had a point. It was an awesome machine that did its job with no compromises and looked good doing it.

To not admit its virtues would be insincere.

But then I had to take a few steps back and ask the question: Why is it so hard for car lovers to admit that they like electrics?

Tesla and Porsche are hardly the first to turn an EV into a technically impressive, performance-oriented design.

To see the first examples, you have to go back not into the 20th century but into the 19th, to France.

It's there, in the year 1899, that the La Jamais Contente (never contented), driven by Camille Jenatzy, became the first automobile of any kind to achieve the 100 kilometer per hour (62 mph) milestone. 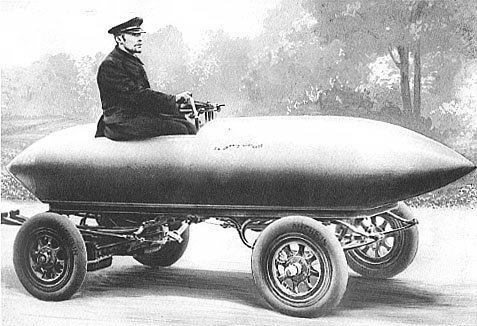 Now, compare this bullet-shaped rocket on wheels with its contemporary piston-driven driven design, a 1901 model Mercedes-Benz, winner of that year's Nice-Salon-Nice endurance race. 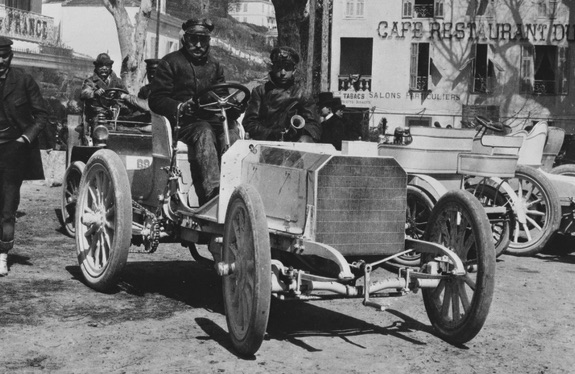 You can see where this is going.

Electric motors, for all their lack of noise and exhaust and stench and heat and overall fury, are better at motivating road cars. There's no question.

Electric Motors... Too Good to Fail? Don't Count on It.

Electric motors are smaller. They make more torque across a much wider range of engine speeds, which means they don't require transmissions.

Which means fewer things to break and, more importantly, completely uninterrupted power... And because these small engines can be mounted one per axle, or even one per wheel, the control you can exercise over power delivery is unmatched.

So yes, the stigma is certainly misplaced.

But while car enthusiasts would do well to admit the virtues of electric vehicles, that doesn't mean that we should get used to them as the next step in personal transportation.

You see, despite the victorious vibe that EV-makers are already exuding with regard to the future of the auto market, there's a big fat reason why electric cars just might fail, and fail big.

Even the best chargers out there, the kind you usually see in parking garages or rest stops, will spend at least half an hour charging your latest model Tesla or Porsche to about 80% of the maximum range, or about 400 miles.

Take in the Scenery at Rest Stops

That translates into roughly 15–18 miles per minute, with the Porsche Taycan and newcomer Lucid Air beating out the Tesla Model 3 for the No. 2 and 1 spots, respectively.

And that's only with a Level 3 charger. A 240-volt Level 2 charger, which you can get installed in your home garage, will be working overnight to get your battery banks from empty to full.

A Level 1 plug-in running off a standard domestic 120-volt socket will take about four days.

Currently, there are about 3,800 Level 3 charging stations in operation around the United States.

Total charge time at any of these gas stations: between two and three minutes. If you want to charge your gas-powered car at home, all you have to do is buy some gas cans, fill them up, and find a safe place to store them for up to half a year.

You see the problem.

This problem is manifesting itself in the market in ways that the hyper-exuberant auto industry didn't predict when it went all-in on EVs. After more than a decade of quietly impinging on the fossil-fueled personal transportation market, EVs are starting to see their earlier adopters quitting and walking away.

According to a study recently published in the journal Nature Energy, 1 in 5 California EV buyers who purchased an electric vehicle between 2012 and 2018 is planning to go back to gas.

Range and convenience are the top-cited reasons as to why.

And this is California — the vanguard market for the carbon-neutral movement.

It's at moments like these, when the market starts getting confused, that opportunity arises... Opportunity to seize market share from a solution that poorly addresses market demand.

In the next few years, it will likely cripple the electric car market, perhaps even demoting the entire class to the novelty status that it had in the 1990s.

The competing solution doesn't require charging stations. It doesn't even require you to get a new vehicle. You will be able to keep filling your existing car at existing filling stations.

It's the fuel that will change.

This isn't just the biggest thing to come around for consumer transportation in the last 50 years...

It could be the biggest thing in energy, too.

I've only just scratched the surface as to the possibilities of what's coming. There's a lot more to cover, including the identity of one particular company that could grow as much as 100x on the heels of this paradigm shift, so I've gone ahead and made a video presentation to give you the crash course.

It's free and doesn't require a registration. Just click and get informed.