As a value investor, I often say one of my dreams is to nail an investment the way Warren Buffett nailed Coke.

Every quarter, Warren Buffett gets a check from Coke worth about 10% of his initial investment of $1.3 billion. Every four months, Coke pays him $140 million. And that number keeps growing with every dividend increase.

By the early 2020s, if Coke keeps raising its payment at the same rate, he’ll get his entire investment back every time Coke pays a dividend. That’s $1.3 billion every four months! 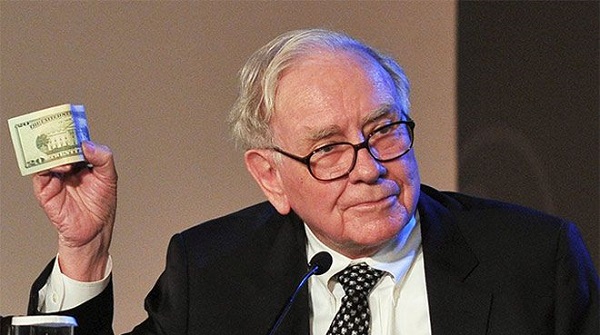 And all he did was spot a ubiquitous brand when it was down in the dumps, buy it, and hold onto the shares.

I’m always on the lookout for solid brands the market isn’t into at the moment. I’ve doubled my money by betting on Volkswagen right after the “Dieselgate” scandal. I bought around $20 because I saw a $40 company that was for sale at 50% off.

After the other big American car companies went begging for help from Congress, Ford stock took a shellacking along with GM and Chrysler. But Ford’s balance sheets were in good shape. The company didn’t need, ask for, or accept any handouts from the government.

So I bought shares. They were down because the other carmakers were down. They weren’t down because Ford was in trouble. And I watched them rise from $2 up to over $17 in just a few years. They’re down since — Ford has its own troubles that have nothing to do with the recession. But you get my point.

Both Ford and VW are big brands. Everybody’s heard of them. Tons of people buy their cars. But at those times, nobody wanted to be associated with either of them. My willingness to buck the trend and hold out for a few years for a recovery scored me a tidy profit on both trades.

And right now, I’ve got my eye on a company that could turn out to be the next Coke...

It’s General Electric. And it’s been one of the worst possible investments over the past six months. It’s fallen over 46%. So far in 2018, it’s down over 23%.

GE has been trending down since July of 2016. But its troubles started long before that...

But after revenue fell and costs rose, the company was losing money for the first time since before the recession of the late 2000s.

Up to that point, and for about a year after, GE was an income investment. It paid a solid dividend, and it had a storied history of boosting payments to shareholders. But as net income turned negative, the company found itself paying out more in dividends than it was making in profits.

That just couldn’t last. You can keep a dividend going through tough times by taking on extra debt, but you can only do that for so long. So, in 2016, that’s what GE did. It kept paying the dividend, but it dipped into loans to do so.

For a bit, it looked like management could salvage payments. 2016 was a positive year for earnings. But revenues were still far below the $150 billion from 2014, and net income wasn’t enough to fully cover the dividend.

GE went from paying out about 50% of its earnings to shareholders to paying over 100% of them. And that’s where we find ourselves today.

At the end of 2017, GE cut its dividend payment for the first time since the financial crisis of 2008. Share prices tanked in response.

But did GE cut its payment as a last-ditch effort to save a dying company? Or did it cut it to preserve capital and make sure it had a solid base to start increasing from again?

I think it was a combination of the two...

We already know net income wasn’t enough to cover annual payments to all the shareholders. But there are other ways to keep a dividend coming when earnings slip.

One of them is free cash flow (FCF). It’s cash that’s coming into the company that hasn’t been earmarked for anything else.

That’s not good. But at least it covers more than half of the payment.

Another way to keep dividends flowing in tough times is with cash reserves. And GE has a ton of those.

As of the most recent quarter, the company was sitting on bank accounts worth about $43.3 billion. That’s enough to pay the old dividend for over five years without running out of cash. Now that the payment has been halved, the company could make every dividend payment from its cash reserves for the next 41 quarters (over 10 years) and still have some money left over.

So, yes, GE did need to cut the dividend if it wanted to preserve its cash. But it could have easily continued to pay it from cash if needed.

So, I see the dividend cut as more of a feather in management’s hat. It’s not a decision a company like GE wants to make. But it’s the ability to make tough decisions that helps companies address problems before they become emergencies.

Right now, GE is trading at a discount to nearly every historical valuation metric on the company.

At first glance, it’s a value investor’s dream. It’s a ubiquitous brand. It’s definitely down in the dumps. But it’s got the balance sheet to pull itself out of the hole and grow again. The question is: Does it have the management team to turn it around?

I’m a speculative buyer at these prices. Right now, we’re at the lowest price GE has seen since the Great Recession. But that’s a very good thing. It’s a support level shares haven’t fallen through for long during far worse times.

After the bottom fell out of the market during the dot-com crash, GE dropped from around $60 a share to as low as $23. During the 2008 financial crisis, shared dropped to around $8 before bouncing back up to around $13.

Right now, shares are testing that $13 support level. And so far, they’re holding. If prices break lower, there’s a good chance they’ll continue down to the $8 floor from the financial crisis of 2008. But if they hold strong, we could be at a turning point.

Like I said, I’m a speculative buyer at this point. I wouldn’t recommend betting the farm just yet. But GE has the potential to give long-term investors a serious joy ride. It’s going to be a few years before we really see improvement. But from a long-term standpoint, that’s the blink of an eye.

If management gets itself together and gets focused on trimming fat and growing core businesses, buying GE now could turn out to be an even better investment than Warren Buffett’s Coca-Cola.

I recommend dipping your toes in to see how the water feels. Once we see how this support level holds, either look for a lower support to emerge or keep buying more shares on dips as the price heads higher.

My colleague Nick Hodge has been telling us for weeks that the government was set to approve a giant gold mine in Idaho...

One that looks like it could become the biggest gold mine in America.

It's now unfolding just as he predicted, only much sooner than anticipated.

The Idaho State Legislature just passed — with overwhelming bipartisan support — what it calls a “joint memorial.” In short, it is asking the president and EPA to approve this project as fast as possible.

Not only is it shaping up to be the biggest gold mine in America, but it will also bring jobs and $1 billion in investment to Idaho.

Beyond gold, this mine holds a critical element that the government desperately needs but doesn’t produce any of.

It’s for all these reasons that the government wants this project in production as soon as possible.

And that’s going to be a giant boon for investors.

You need to act now.