Secret Sanctions and the Path to Profit

To some onlookers, it might seem as though the Russia-Ukraine war has come to a standstill.

Putin bombs cities, civilians flee, soldiers commit atrocities, and who holds what territory mostly remains the same. Kyiv is still, as of this writing, unbroken.

But despite this static appearance, the situation on the ground and internationally is anything but.

In just the last 48 hours, Germany has finally come out in support of a Russian oil embargo.

This is huge — Germany is the largest European economy and the most dependent on Russian fossil fuels. Since the beginning of the conflict, it has been the most resistant EU nation to such a ban, fearing inflation and spiking energy prices.

How the times have changed, and quickly — the economy and climate minister tweeted Sunday that Germany can expect to be completely free of Russian oil by late summer. 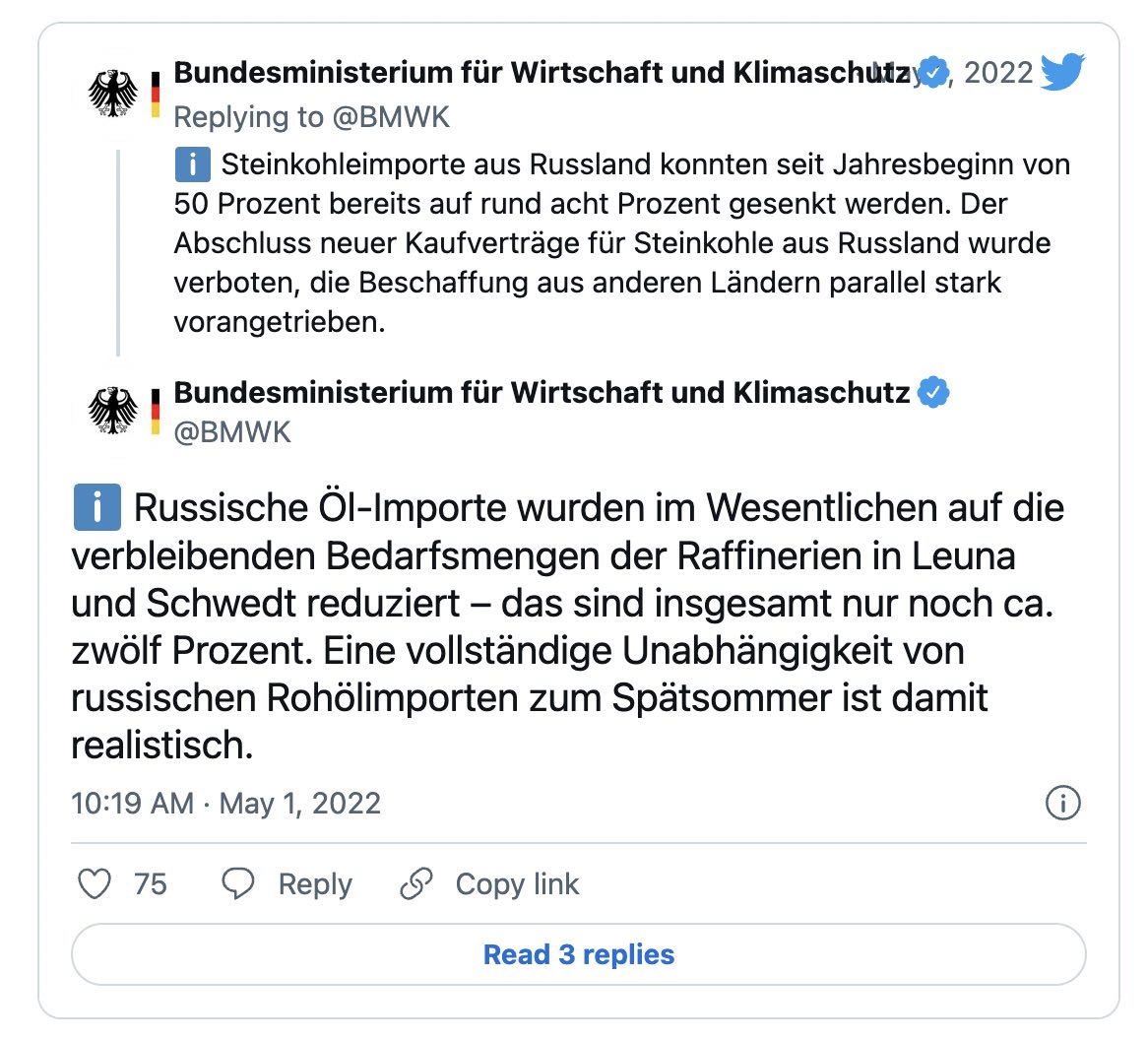 Trust me, I used Google Translate.

The extent to which this will further undermine Russia’s war machine is variable — yes, the loss of funding for the Russian military has some impact, but we already know Putin isn’t motivated by such petty concerns as his national economy.

The news is good, but the future remains uncertain.

But this news, and the media’s focus on Russian crude and natural gas more broadly, has obscured the impact on a Russian commodity that is just as central to understanding the global repercussions of the war in Ukraine, for years to come.

That commodity is… uranium.

Russia itself doesn’t produce much of the world’s uranium ore, mining just 6% mostly for domestic consumption. 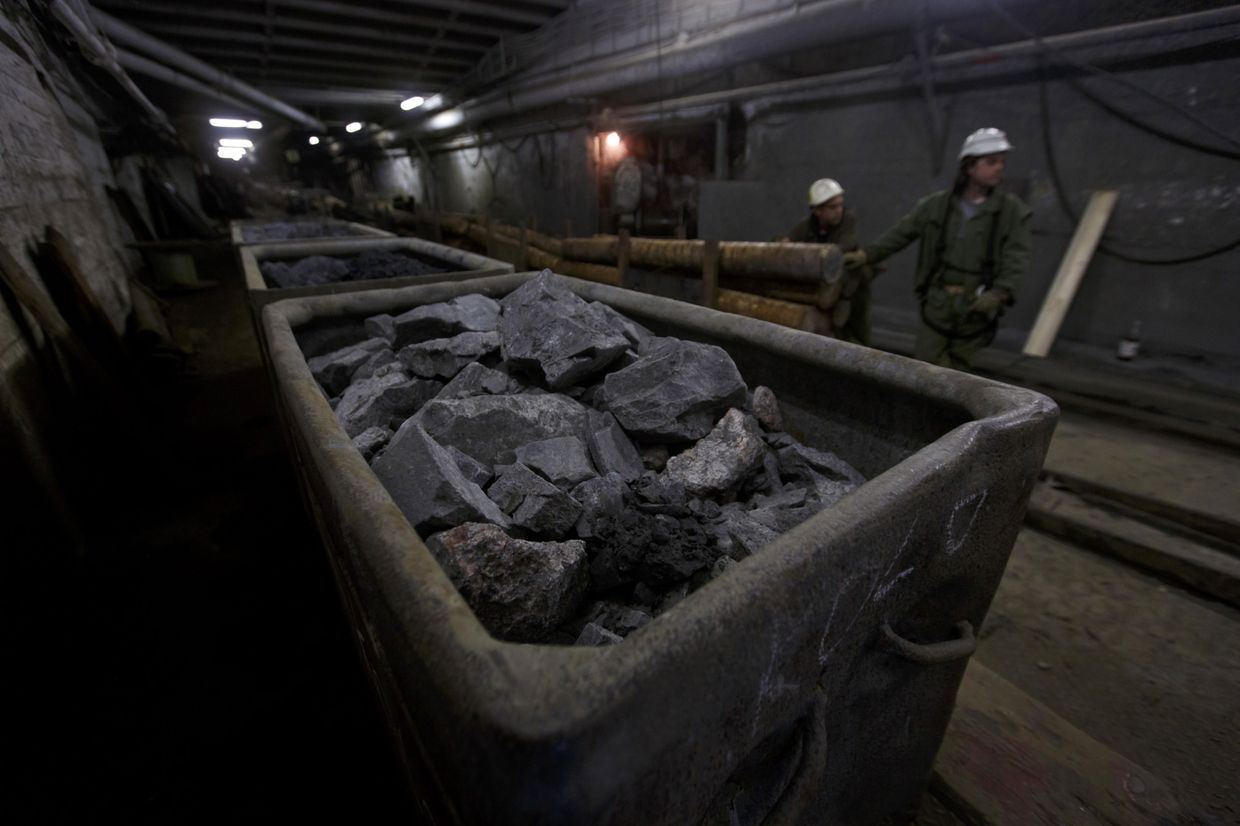 But it does produce nearly HALF of the world’s enriched uranium, courtesy of the abundant and cheap uranium processing infrastructure left in the aftermath of the Soviet Union’s collapse.

At the start of the war in Ukraine, benchmark uranium prices jumped 50% to THE HIGHEST LEVEL IN A DECADE since the Fukushima disaster put a dent in the global enthusiasm for nuclear energy. That price increase is nearly twice the percentage increase of oil right after the invasion. Even now, after anxiety has stabilized, uranium prices are still 25% higher than they were before Putin invaded.

And sanctions aren’t nearly where they are for oil and natural gas — for starters, while the U.S. banned Russian oil, natural gas, and coal imports within weeks of the conflict, it hasn’t done the same for uranium imports. Europe has been similarly hesitant.

But all that is about to change.

A law banning Russian uranium is currently working its way through the U.S. Senate. And just as Germany has come out in favor of an oil ban, so too is it supporting a ban on Russian uranium and sanctions against Rosatom, the Russian state-owned nuclear energy company.

Such bans complicate the situation; they put pressure on existing nuclear energy infrastructure — especially in Europe, where many nuclear plants are built to use Rosatom products — and they make moving away from a reliance on Russian fossil fuels harder.

That’s because nuclear energy needs to be a big part of the green energy transition, especially an accelerated one poised to get the EU out from under Putin’s thumb.

Nuclear energy is ready to be part of a future where humans heal the climate rather than render it unlivable — we are light-years ahead of where we were decades ago, when Three Mile Island and Chernobyl represented huge threats to human well-being. My colleague Keith Kohl has researched and written extensively about the newest generation of nuclear power plants — small modular reactors that are designed with safety, flexibility, and affordability in mind. You can find some of his research here.

But is that kind of future possible if we sanction Russia and cut one of the biggest sources of such an essential fuel out of the equation? This doesn’t just present an acute crisis, where energy prices might spike but ultimately encourage a shift to a better way of living. Nuclear energy prices are actually pretty stable in the short term, as nuclear plants only refuel every few years.

But this does represent a big threat to really essential long-term aspirations — not just driving to your parents’ house for Labor Day, which heightened oil prices might make untenable. I’m talking about bringing to life the carbon-free future necessary to make sure Boston and Miami and New Orleans and New York don’t end up (completely) underwater.

Sanctions are a potential impediment to that future — the Department of Energy estimates that a ban on Russian uranium could cost the U.S. a billion dollars, and the need to pivot to unenriched uranium might require a near 30% increase in the amount of uranium U.S. nuclear plants require.

That in turn might mean bringing back domestic uranium mining, with all the environmental impacts that implies. 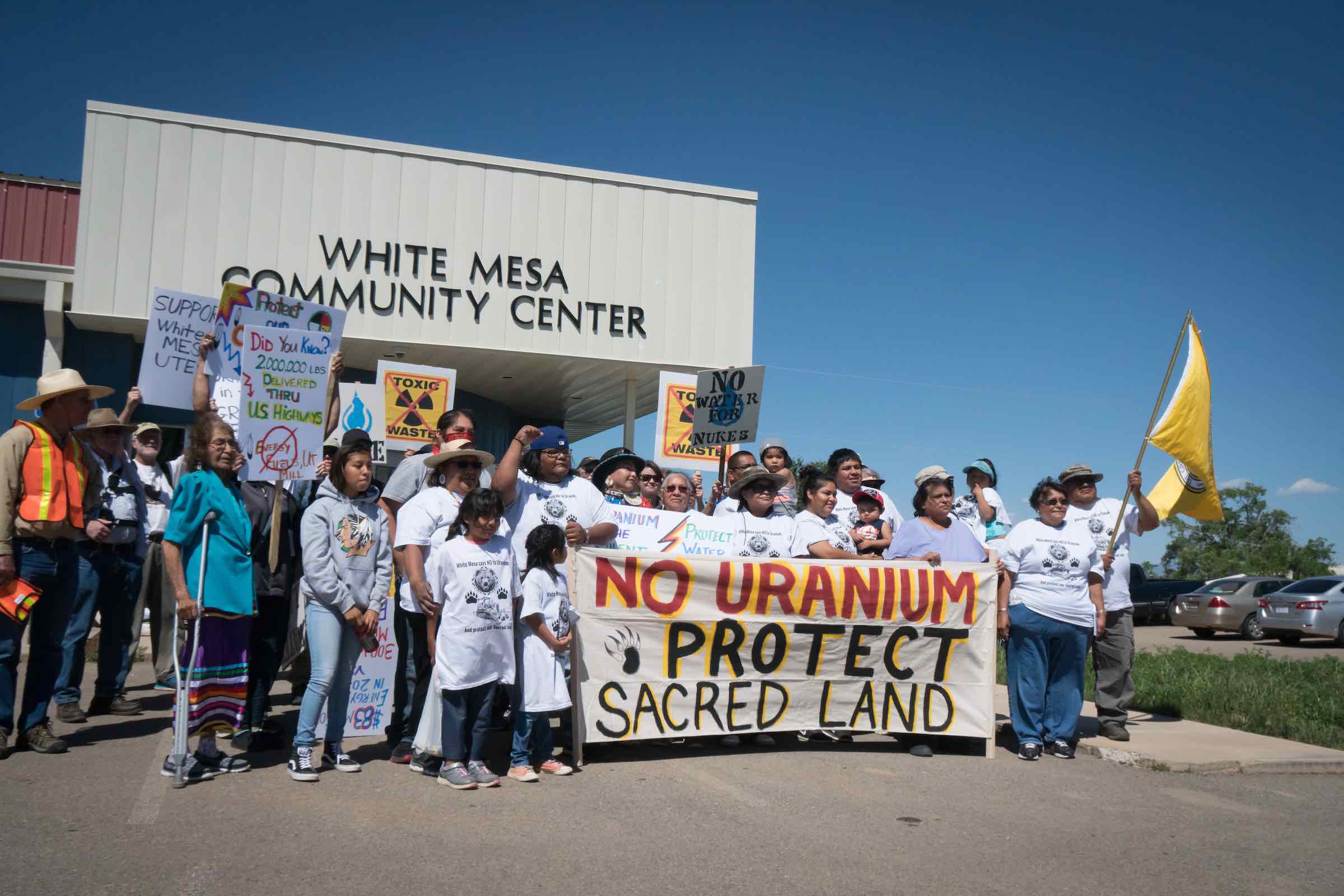 You’ll also get a lot of indigenous protest, and haven’t the Navajo suffered enough?

Which is not to say that banning Russian enriched uranium isn’t the right thing to do — Putin’s war is abominable.

But this does mean the United States, Europe, and everywhere else that wants to rely on carbon-free energy is stuck between a rock and a hard place.

Because while the U.S. domestic uranium enrichment industry has been dead for decades, it’s about to come back to life stronger than ever.

My colleague Jason Williams has written about this — one company that is poised to supplant Russia and make sure U.S. nuclear energy isn’t just green but fiercely independent.

A company that billionaires like Bill Gates have already homed in on and know will make big profits — especially if we’re about to see Russian uranium become untouchable. This company might be the only game in town. Make sure to invest before gains have already skyrocketed.