Brace yourself for a nuclear tsunami...

At least that’s the warning Russia issued to the U.K. if the country continues supplying weapons and supplies to Ukraine.

It’s becoming increasingly difficult to find the video online, but it’s still up on YouTube if you do some searching. 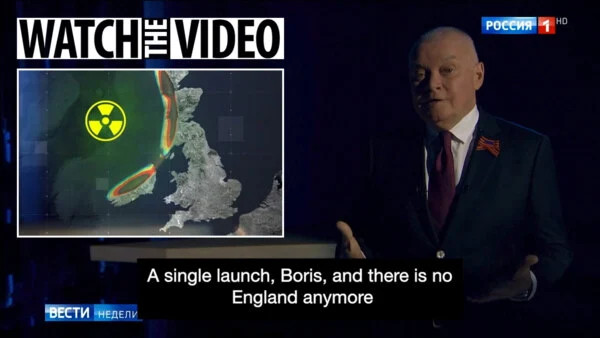 What’s scary is how matter-of-fact the statements are given and how much time was spent on a rendered simulation of an attack on the West.

The propaganda minister also reiterated that a single Russian Sarmat missile could destroy the whole of England and that the underwater drone is impossible to stop.

Kiselyov continued, “This tidal wave is also a carrier of extreme high doses of radiation. Surging over Britain, it will turn what is probably left of them into radioactive desert, permanently unusable for anything.”

An underwater nuclear blast off the coast of England or Ireland could also suck up ocean sediment and rain down thermonuclear waste on anyone still alive, creating a wasteland.

It’s got all the hallmarks of a “doomsday device.”

But this type of device is nothing new.

It’s just that it’s now once again at the forefront of our imagination.

So you can imagine the U.K. along with its Western allies are up in arms.

They’ve got to get ahead of this mess... and fast.

There’s going to be a lot of money flowing into companies hell-bent on countering this threat.

Gee, I Wish I Had One of Them Doomsday Machines

The whole scenario sounds like something out of a spy flick or bad superhero movie.

We first heard about this doomsday machine back in 2015 after the Russian government leaked blueprints of the weapon. 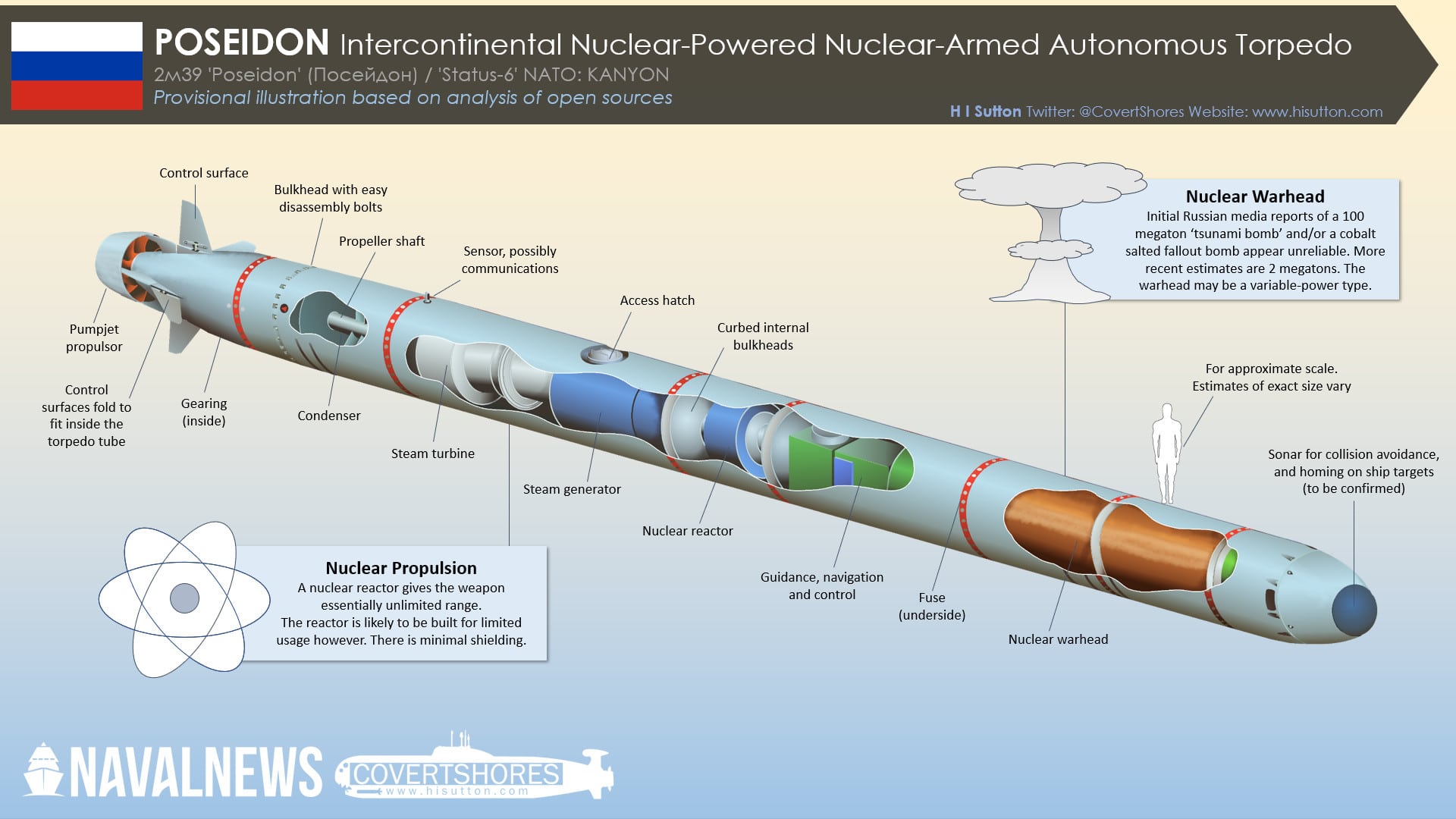 Of course, the internet exploded with conspiracy theories.

Many people hoped — and still hope — that it’s not real, but unfortunately for now it looks like it is.

The theory is Russia has many of these torpedoes stationed around the world...

Just one slip-up or false alarm could spell the end of the world as we know it.

What’s more is the Poseidon is thought to be a cobalt bomb, a so-called “salted” nuclear weapon that would create much more severe radiation levels than a traditional nuclear weapon.

On the bright side, experts doubt an underwater nuclear device would actually create a tsunami large enough to produce significant damage, as an underwater blast wouldn’t be able to dictate the direction of the waves.

Still, it's got everyone scratching their heads.

In Dr. Strangelove — the dark comedy that mainly takes place around a roundtable of high-ranking military officers discussing a fictional doomsday machine — the Russian ambassador explains the machine as a bomb that will go off automatically if a threat is detected or if it’s going to be switched off, further saying they created it because The New York Times reported that the U.S. built one of its own.

So with the renewed Russian threats, the Western powers have got to be thinking what General “Buck” Turgidson comically whispers after the roundtable discussion: “Gee, I wish we had one of them doomsday machines.”

Defense Is the Best Offense

The war in Ukraine brought all of this doom and gloom to a head.

But as we like to say here at Wealth Daily, where there’s crisis, there’s opportunity.

So let’s start with how the U.S. is reacting to this evolving threat.

Well, it’s doing what it does best... throwing billions of dollars at the problem.

In fact, the U.S. has the largest military budget in the wold, coming in at $801 billion last year.

Additionally, it’s increasing its budget every year, with plans to hit nearly $1 trillion in defense spending by 2031.

And the lion’s share of that money is being spent on nuclear weapons, nuclear deterrents, and defensive missiles.

As you know, public and private companies are gobbling up all this defense spending

Now, we could recommend vanilla stocks like Lockheed Martin (NYSE: LMT), Northrop Grumman (NYSE: NOC), or even Raytheon (NYSE: RTX)... but all three are on Jim Cramer's top defense stocks list, so I'd stay far away from that kiss of death.

What you should do today is read over my colleague Jason Simpkins' latest report on how to profit from this modern-day arms race.

Get everything you need to know here, and as the Brits say, keep a stiff upper lip.