Retirement After the Baby Boomers

As if Gen Xers don’t have enough to worry about already, it’s becoming more and more apparent that individuals who call this generation their own may be up against a fair amount of odds when it comes to retirement – especially when compared to the baby boomer generation. 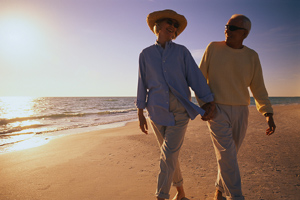 Financial analysts are finding more and more data indicating that early baby boomers may be the last group of individuals to stay on track with the amount they’re able to save post-retirement for quite a while.

Younger boomers and those in earlier generations will continue to find issue in saving, and this may quite possibly hold true for many years in the future, depending upon how things shape up with the economy.

These findings come right at the heels of a time when baby boomers are set to reach retirement age, with many already there. As more information comes to light, it is becoming abundantly clear that retirement for Generation X and perhaps Generation Y will not be nearly as streamlined as it has been for past generations, due primarily to the Great Recession that occurred during the 2000s.

Pointing Fingers at the Recession

It’s not very difficult to view the recent recession as the reason why many members of Gen X are up against odds in terms of their retirement outlook. Many people in this generation had put a great deal of focus on owning a home during the years from 2007 to 2010, and those who made the step found themselves losing quite a bit of money on their investments.

According to CNNMoney, the net worth of Gen Xers during this period of time dropped a whopping 45%, falling to $41,600 from $75,077. For baby boomers, however, numbers only fell by 25%; still, this was problematic for many people.

One of the main issues that has made it exceptionally difficult for Gen Xers to retire comfortably in the future is the fact that many were already having a difficult time saving for retirement before the recession finally hit in 2007. For those who were already scraping by trying to make ends meet, the recession was nothing short of a disaster.

Now, it’s becoming more and more clear each day to those who have yet to save a fair amount of money for retirement that the future is going to be about sticking to an austerity program – especially for those who find themselves making a lower than average income.

Other issues are at hand as well. In general, those who find themselves part of Generation X are also dealing with higher levels of debt than generations from the past. Student loans, mortgages, and credit cards are piling up for these individuals, many of whom find it next to impossible to make a dent in their debt while still staying afloat in daily life.

Just two years ago, the median debt level for Gen Xers was $80,000, and there’s no telling what this could be in the future.

Planning for the Days to Come

No one has ever said retirement is easy, but Gen Xers may need to put a bit more effort into the planning process than generations from the past.

One of the issues at hand here is that younger generations tend to be less savvy and persistent when it comes to saving than older generations, which makes it all the more difficult to find the right balance when trying to build retirement savings.

Younger workers who find themselves scraping by will undoubtedly find issue in planning for retirement, but this doesn’t mean that it’s okay to avoid saving altogether. It’s more important now than ever before for individuals to pay close attention to the retirement plans offered by their employers, as one may be far more suitable to a certain person’s life plan than another.

The more thought one puts into the planning process, the better the chances of coming out ahead – at least ahead of others in Generation X!